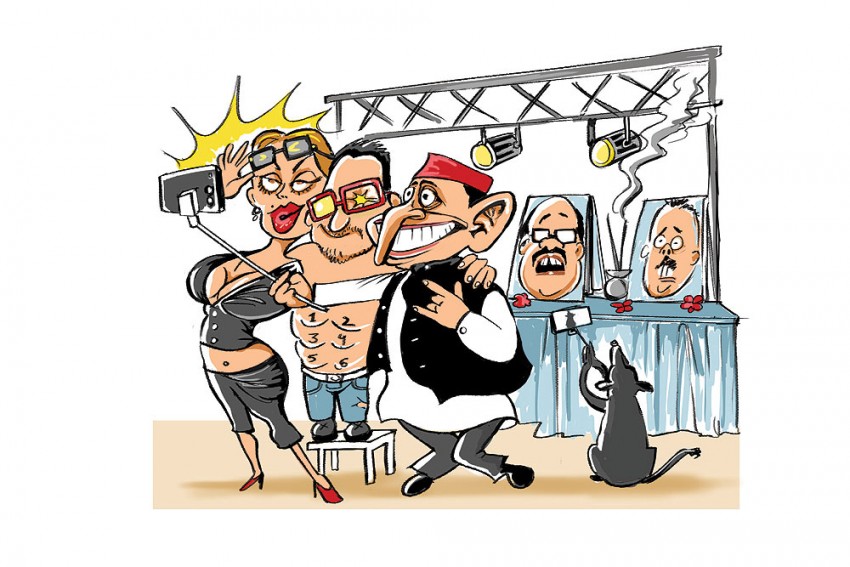 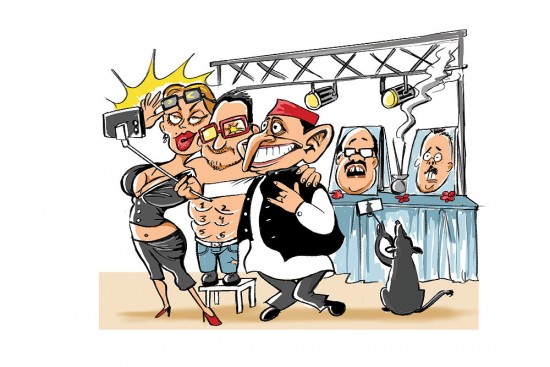 After the exit of Mulayam Singh Yadav’s once-upon-a-time buddy Amar Singh from the Samajwadi Party, has Akhilesh Yadav himself stepped in as the go-to man in UP vis-a-vis Bolly­wood? Those close to the CM say that Yadav junior is so in love with tinseltown stars that at Safai, he and his family couldn’t stop clicking selfies with them. Now, the CM has conveyed to his star friends that they can contact him directly for anything they may need in Lucknow or UP. Looks like the youthful CM has taken on the combined mantle of Sahara chief Subroto Roy and Amar Singh, who were SP’s connects to the film industry in Mulayam’s heyday.

Ahead of the Punjab elections, it’s bonhomie season, with any acrimony between the Akali Dal and the BJP being hidden from the cameras. Which is why at a lunch thrown by Punjab deputy chief minister Sukhbir Badal in Delhi, half the Union cabinet was in attendance, with Badal himself waiting upon Arun Jai­tley and other ministers. But once the guests left, Badal could be heard telling his wife and Union minister Harsimrat Kaur, who was deep in conversation with Sadhvi Prachi, “Since you aren’t getting anything from this bud­get, you might as well sing bhajans,” alluding to the sadhvi.

Professor Saugata Roy loves to shake things up a bit. At a time when his party chief and CM Mamata Banerjee is trying to stay on the good side of Narendra Modi—she met the PM with a bouquet of flowers during his recent visit to Calcutta—the MP has gone ahead and praised the vice-chancellor of Jadavpur University for refusing to toe the BJP line and take action against students who took out solidarity marches in support of their JNU counterparts. Sources claim that the CM is not happy at all. It is unsure whether Professor Roy tried to do damage control or not but he has subsequently praised the railway minster for what he called his “very good work”.

After all the cricket litigation, the BCCI has had the Cricket Association of Bihar stumped. Literally. CAB had spectators on the edge of their seats, as the Bombay HC and SC went about making changes in the game’s administration based on its pleas. The Bihar body hoped it would get a BCCI membership in return. Last week, the BCCI opted to give recognition to Laloo Prasad Yadav’s Bihar Cri­cket Association instead. Aditya Verma, the self-declared “crusa­der of cricket”, was heard saying that BCCI chief “Shashank Man­­o­­har and others have used me”, and then discarded him.

Heard Gujarat cadre IPS officer Shivanand Jha lost out to Aloke Verma in the race to be Delhi’s next police chief, as it was felt Arvind Kejriwal would place everything that went wrong at the PMO’s door.