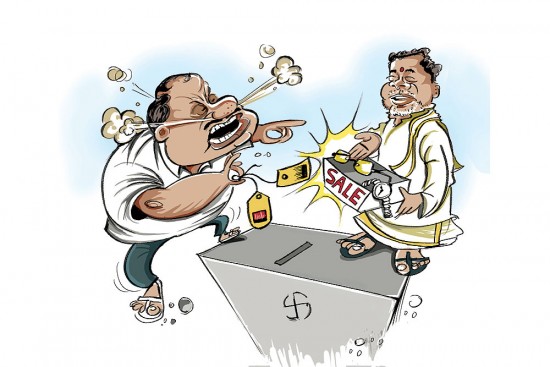 All eyes were on Chief Minister Siddaramaiah’s wristwatch and sunglasses after H.D. Kumara­swamy of the JD(S) alleged that they cost Rs 50 lakh and Rs 1.5 lakh respectively. Elections to the zilla and taluka panchayats are due this month and the barbs have been flying thick and fast between the duo after the CM had taken a potshot at the supposed crores Kumaraswamy was spending on his son’s debut film in Kannada. Siddaramaiah, in his typical wry humour, off­ered to sell the watch for Rs 10 lakh and the sunglasses for Rs 50,000. Would Kumaraswamy care to buy? “I’m not one for second-hand stuff,” went the former CM in response.