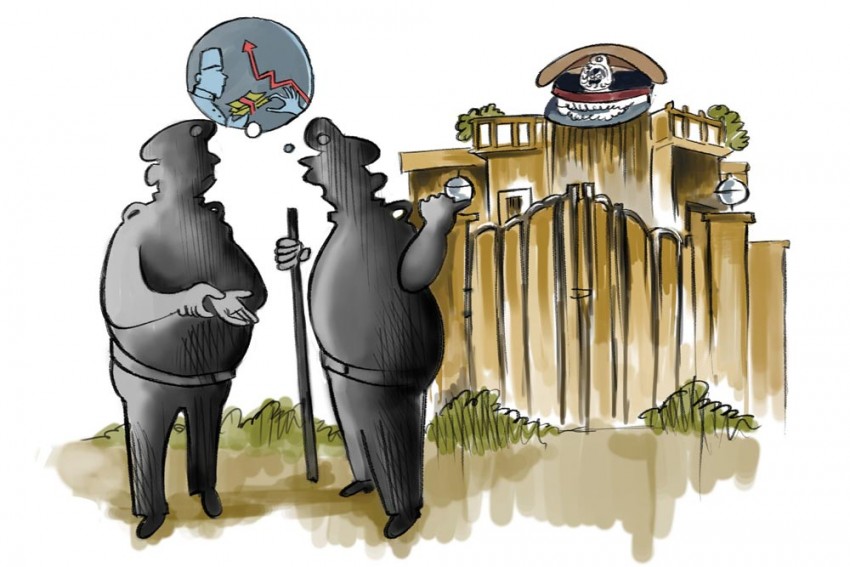 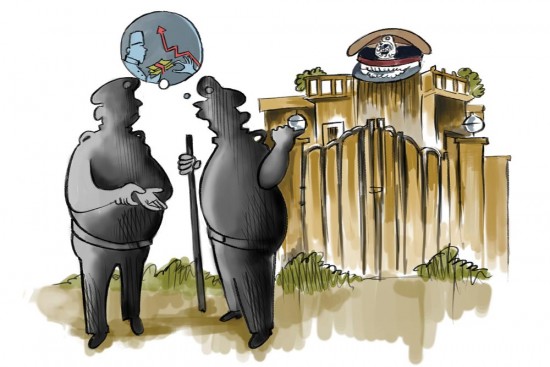 Tongues are wagging at police HQ on the “big buy” made by a senior IPS officer. “Did you hear, one of our senior colleagues has purchased a bungalow for Rs 12 crore at Sainik Farms in New Delhi?” is a common refrain. Even lower rank cops have been heard disc­ussing the “open sec­ret”. Of cou­rse, some dismiss the story as a motivated rumour spr­ead by those trying to nip the officer’s promotion, but others say there is more to it than meets the eye. “With his salary, it’s impossible to even pur­chase property worth Rs 1 crore,” one officer quipped. The buzz is the said bungalow belonged to a veteran J&K neta’s brother, who is expected to push the officer’s name when the time is right.

Is CM Chandrababu Naidu’s dau­ghter-in-law all set for a pol­itical debut? Brahmani (actor Balakrishna’s daughter, married to Naidu’s son Lok­esh) has of late been seen prominently at many political events and plays an active role in the running of the family’s NTR Memorial Trust. She recently addre­s­sed her maiden press meet on its new initiatives like training to poor students from Telangana and Andhra Pra­desh for competitive exams. Lokesh used to monitor the tru­st’s activities too,  before being named TDP general secretary. Party workers are impressed, and feel her presence will be a plus in both states.

An imbalance of the five elem­e­nts is leading to global warming; the Green Revolution was a ‘che­m­ical revolution’—these are among the gems that tumbled out at a two-day meet on ‘Global Warming and Climate Change’ in Bhopal. The “intellectual mahakumbh” was inaugurated by the numero UNO of the baba brigade, Sri Sri Ravi­shan­kar. Meanwhile, the sole discordant voice was of a participant who pointed to the irony of the meet being held in a centrally air-conditioned hall lit by hundreds of bulbs. “How much will this meet add to our carbon emissions?” he asked. All these conclaves are set to culminate in an mahaconclave at Ujjain in April next. Wonder what surprises are in store for Bharat.

At a time when Left parties have been trying hard to distance the­mselves from the Congress and the BJP, CPI(M) general secretary Sitaram Yechury’s decision to attend Nitish Kumar’s oath- taking ceremony in Patna has upset many comrades. The Left part­ies contested as a bloc in the polls and were accused of splitt­ing anti-BJP votes. But a surpr­ise was in store when the EVMs opened: the Left came third in 55 seats; the CPI(ML) actually won three. While some veterans believe the move to stay equidistant had wor­ked, pictures of the bonhomie between Yechury and Rahul Gandhi haven’t gone down well at AKG Bhavan.

Heard A top Delhi-based Hindi TV editor and a regional language print journalist are leading the race to fill vacancies thrown up by the retirement of H.K. Dua and Chandan Mitra from the RS

Overheard Three TV anchors had texted Nitish Kumar’s closest aide that their channels’ exit polls showed a win for the Grand Alliance, but viewers were fed the exact opposite prediction