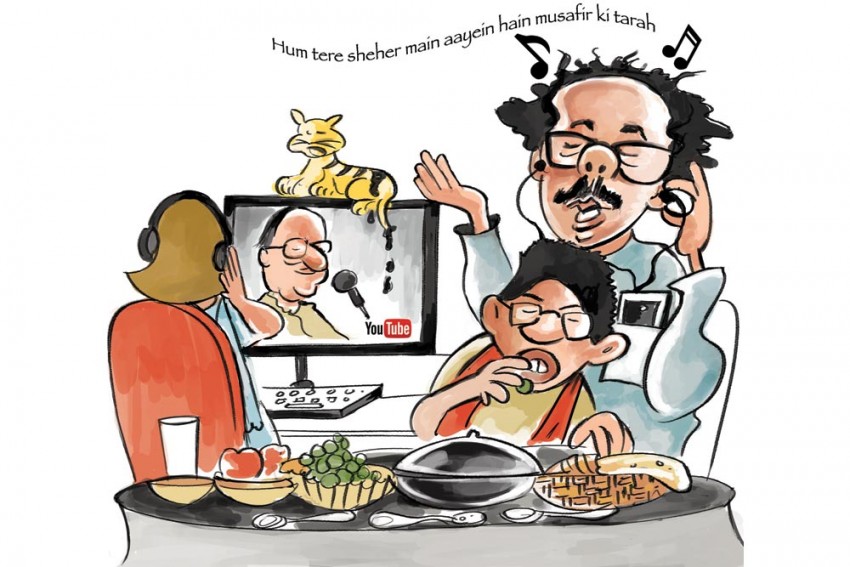 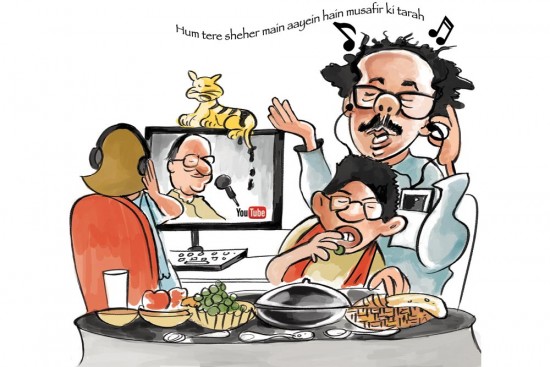 Maharashtra
Singer Not The Song

The Shiv Sena may have scored a rabid point with its Sainiks by blocking Pakistani ghazal maestro Ghulam Ali Khan’s concert in Mumbai. But perhaps none of those blind followers know about the backroom diplomacy that the Sena’s first family indulges in with celebrities from across the border. Here’s what was supposed to happen when Ghulam Ali came to Mumbai: Smita Thackeray, daughter-in-law to Sena’s deceased chief Bal Thackeray and sister-in-law to Sena chief Uddhav Thackeray, was to host a private dinner for the singer with friends at her own residence. All arrangements had been made and invites sent out to a chosen few in the city. Just that Ghulam Ali, immensely hurt over the treatment meted out to him, refused to turn up for the dinner once the concert had been called off. A taste of one’s own medicine may be a good idea for the Thackerays.

West Bengal
Thermal And A Quarter

While Piyush Goyal failed to ensure an extension to the NTPC chairman, West Bengal chief minister Mamata Banerjee is said to have stepped in to rehabilitate high-flying executive Arup Roychoudhury. While the former NTPC chief was invited by Didi to head one of the state’s regulatory bodies, RTI activists have not given up in their attempts to expose him, applying to find out details of how many times the NTPC hired chartered planes for him. The group of dogged power engineers also claims that it has found out that in an unusual exercise, the Central Vigilance Com­mission had first closed a case against him to facilitate his appointment as NTPC chairman and thereafter reopened it after he took charge. The case was never investigated, they allege.

Jana Sena founder and actor Pawan Kalyan, who addressed a farmers rally in Guntur district opposing forceful acquisition of fertile land by the Telugu Desam government in Andhra Pradesh, is now silent. He’d said he won’t hesitate to go on a fast. However, as the stage is set for the foundation ceremony of AP’s capital ‘Amaravati’ on October 22, Pawan Kalyan has gone into silent mode. TD sources say that the actor does not want to spoil his relationship with the PM, who refers to him as “a dear friend” and will be attending the ceremony.

Weather-based crop insurance schemes launched by the UPA government provided a windfall to private insurance companies. In Hanumangarh district of Raja­sthan, it was found that one such company had rejected the claims of 5,509 farmers on flimsy grounds; a committee appointed by the Union ministry found as many as 2,181 farmers who apparently did not exist but who were disbursed insured amounts by the company. The committee also found that the company had collected premiums from the central government but found out ways of not making the payment. But while the committee recommended that the premium and the subsidy be recovered from the insurance company, the change of guard in New Delhi seems to have come to the company’s rescue.

Heard: Two well-known cases of crony capitalism, of Congress parentage, are set to be legitimised through IPOs in the Modi era

Overheard: “How come Modi could hear the President’s words on tolerance but not the Vice President’s, which came earlier?”