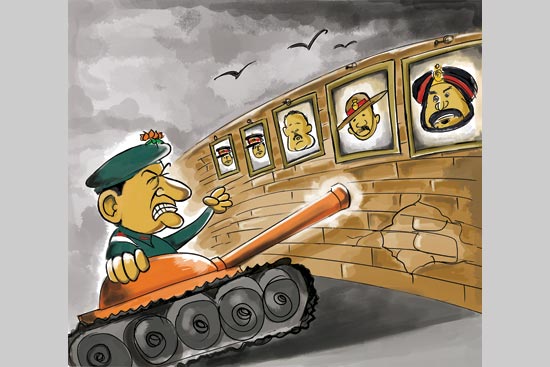 While the defence ministry has maintained a discreet silence on former army chief-turned-minister General V.K. Singh’s not-so-veiled allegation that efforts were on to cover up the ‘biggest scam’ in the army, the services grapevine is abuzz with stories about a Lt- general based in New Delhi who has allegedly made ‘crores’ from a recruitment scam in the last two years. The general retires this month. Like many other officers, he too has applied for a ‘disability pension’ so that he does not have to pay income tax post-retirement. For the record, not much came out of V.K. Singh’s earlier charges against Gen Bikram Singh and Gen Dalbir Singh Suhag, not to mention Lt Gen Tejinder Singh. But the latest charge, coming as it did in the midst of reports that documents relating to his date of birth were destroyed, shows that the turf war continues.