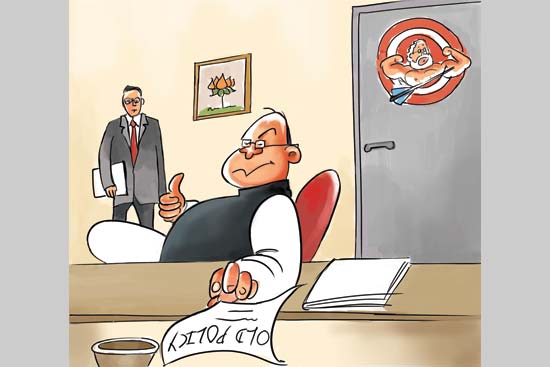 When the BJP-led NDA assumed power last year, PM Narendra Modi was categorical that no personal secretary who had worked under UPA ministers should be appointed by his ministers. As a result, when Union home minister Rajnath Singh proposed the name of IPS officer Alok Singh’s name, it was rejected as he was with ex-external affairs minister Salman Khur­shid. The choices of MoS Kiren Rijiju and Gen V.K. Singh (retd) too were turned down. It even led to a senior minister openly telling all within earshot that power was getting so centralised in the Modi sarkar he couldn’t even appoint his own secretary. Now, the grapevine has it that Union finance minister Arun Jaitley has recently appoin­ted an officer who was with Sac­hin Pilot during the UPA government. The corridors of power are abuzz over whether an exception has been made or the original pol­icy has met its expiry date.