In Outlook this week, a diary from Ayodhya dated December 6, 1992 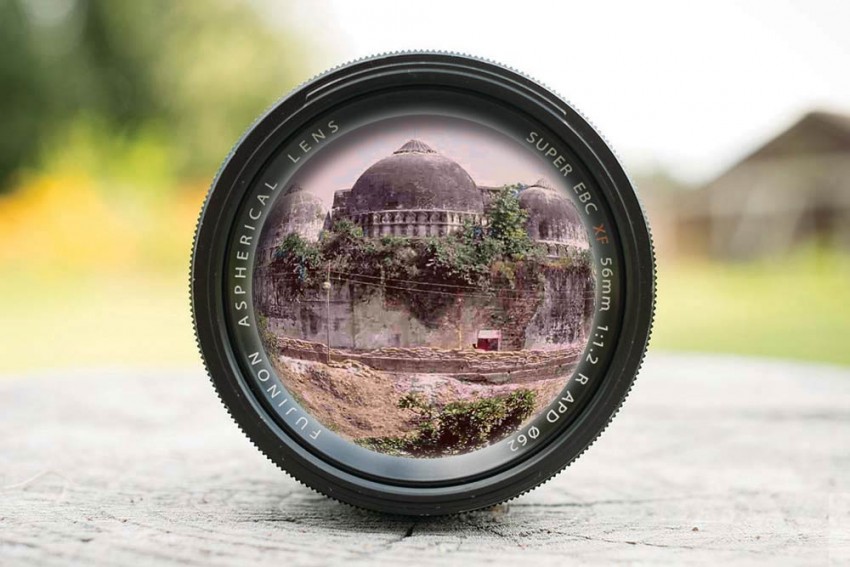 One of the privileges—or perils—of being a photographer is that you are tossed smack into the eye of the storm. You are witness to history, you are the flashbulb that’s popping at it. One such moment came my way by routine assignment. I was 23 and working with Sunday. It was December 3, 1992. The air was tensing up all over north India. My editor Vir Sanghvi was visiting from Calcutta. In an edit meeting at our first-floor office in INS Building, he deci­ded to send me and one of the reporters, Poonam Thakur, to tail BJP leader Murli Manohar Joshi from Delhi to Ayodhya. There was to be a big kar seva….

It was a bracing cold dawn, around 5 am on December 5, when we hit the old Grand Trunk Road in an equally historic white Ambassador! We first hit Kanpur—Joshi had a rally there, which went on till winter’s early sundown came down. Soon, he was on the road to Lucknow…and we in hot pursuit. Another rally there, we heard—among others, Atal Behari Vajpayee would speak. We thought we’d stock up on grub, but all we could score was bananas and moongphali…we made it a dozen and about a kilo. Three of us after all, my reporter, the driver and me.

The Lucknow rally too was to become a semi-historic event, a much-cited prequel. I busied myself in taking pictures, without giving much thought to those darkly resonant words of Atalji which fell on my ears...zameen samtal karni padegi.... I was engrossed in my job, the moods and gestures of the leaders and the followers. I clearly recall Vajpayee saying he would return to Delhi and other leaders would march to Ayodhya. Later, a closed-door meeting at the CM’s house…I and my reporter tried to enter but were stopped by police.

Into the Faizabad Fog

It was 11 at night and we didn’t want to waste any time. The 125-km drive to Faizabad would take three-four hours those days: there was no proper highway, just a country road. Just a few miles out, we ran into the thickest fog…our Amby was now crawling along at 10 kmph in an opaque whiteness. But that turned out to be only a curtain: it would lift for the real drama. Around 12.30, at Barabanki, our car broke down. My driver came out, inspected the engine and announced gloomily that it wouldn’t move now. Blind as bats, no one around, no passing headlights. At some distance, a dim light: a small shop, closed. We spent the whole night in the car, with bananas and peanuts for dinner.

Around 7 am, when there was enough light, I emerged. Trying to thumb a lift on a country road on a winter morning can be a lonely exercise. Finally, a press car stopped. I took only my camera and a shawl…the rest of the stuff I left in the car…and we hopped on till Faizabad. Ayodhya was just 7 km away.

Hundreds were filing towards one point, clad in saffron, chanting, drawn as if by a magnet. Such passion and colour…fodder for me, I thought (we photographers seldom have time to think about what events mean). But these guys were bristling with a strange anger, and went violent on seeing a camera, banging on our car as they passed. My lens-eye went quietly back into the holster. We reached around noon, parked at a distance. Surging crowds all around, rooftops filled with people, thousands setting a siege around the masjid. I was clicking VHP leader Ashok Singhal and others at a pooja when stones started flying nearby; a huge commotion!  The kar sevaks had broken their leash…the iron crowbars were now at work atop that dome. I and other photographers, trying to click that long-drawn moment in history, now faced the shelling. The kar sevaks were violent. They didn’t want pictures. I got hit too, but somehow I hid my camera under my shawl, having managed a few shots before we were all pushed out. As I walked back to Faizabad, everywhere I saw kar sevaks chanting, pelting stones, burning tyres. It was complete lawlessness.

I had gotten separated from my reporter. Pre-mobile days…there was no way to trace her. I found a PCO outside a hotel: I made a call to my head office in Calcutta for instructions. Return to Delhi anyhow, they said, and send the transparencies. (Pre-digital days too.) A journalist friend dropped me at Charbagh station around 10 pm. The next train was at midnight. No reservation. General class. Winter. I spent the whole night awake, bitterly cold. I reached Delhi around 6, went straight home, rested a bit, and came to office around 11 am. I met the editor and described the whole thing to him. That week, along with my pictures, the magazine carried my interview. No time to rest on laurels though. The next day, I was off to Seelampur, gun slinging. Riots had erupted….

(The author is Photo Editor, Outlook)