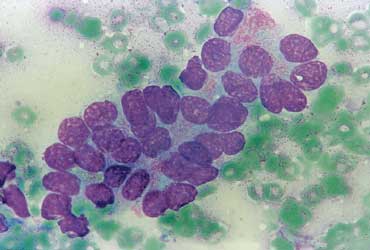 Well, not quite, yet. But the new drug, developed by a five-member team of scientists and doctors at iacs or the Indian Association of Cultivation of Science, could easily turn out to be the most effective one ever to be made available in India. For, radiation and chemotherapy, the most handy and available weapons in combating cancer today, carpet-bomb cells, destroying cancerous and healthy ones alike. They also leave patients weak and suffering from nausea. The yet-to-be-named iacs drug, however, is a sharp-shooting weapon: it combats only the diseased or cancer cells. "If what these reports indicate is true, then this could be the wonder drug, theoretically at least," says Atul Sharma, assistant professor of medical oncology at the Delhi-based Institute Rotary Cancer Hospital at the All India Institute of Medical Sciences.

For the estimated 2.4 million cancer patients in India, the iacs drug could be the best tidings in a long time. Radiation and chemotherapy are expensive and have side-effects; other cancer drugs also leave behind some malignant cells. The iacs drug, developed under a project funded by the Department of Science and Technology and the Council of Scientific and Industrial Research, looks to be turning out an effective sniper, using methylglyoxal as its main ingredient. Methylglyoxal is a metabolite—a substance produced during or participating in the chemical processes occurring in living organisms—in the human body produced during glucose breakdown. (It is present in many foods and drinks, including coffee, and is produced during glycosis and sugar fermentation.)