The UK is debating euthanasia laws; India should take a cue 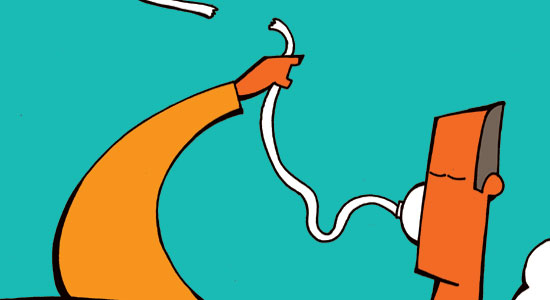 I talked about child abuse in my last column. I am sorry if I sound morbid this time too. Writing from London, I am witness to an absorbing debate here on the legality of
assisting somebody close to you to die if that person is terminally ill and believes he has reached the threshold of pain. Also, he is conscious and, in your opinion, sufficiently in his senses to ask you to help him depart with dignity. Finally, you have nothing to gain from the transaction, and you’ll actually grieve over the loss of a friend or relation if he takes the unfortunate step. Whoever puts his hand up in such circumstances, even without the expectation of a reward, is now punishable the world over, except in some civilised nations. In India, you could be locked up for abetting an offence punishable under Section 309 of the IPC. Can there be anything more indefensible in the whole realm of criminal justice? Yet it remains on the statute book; the UK has a whole Suicide Act, 1961, without anyone ever having mounted a serious assault on its logic and fairness. Just as I’m unequivocally against the death sentence—something the world’s divided on—I’m all for stepping in to facilitate a person desperate to cut short his own life when his illness is incurable and, from all expert opinion, his days are numbered.

The immediate context to me is the bold decision recently of Sir Edward Downes (85), a former associate director of the Royal Opera House, and Joan (74), his wife of 54 years, to go to Dignitas, a mercy clinic in Zurich, and die there holding hands after the physician gave them a potion. Sir Edward had all kinds of health problems and was fast going blind; his wife was in the last stages of liver and pancreatic cancer. The couple was fed up with life and had no time for probing the niceties of law. Their son was obviously in the picture, as he announced the news of his parents’ end within days and with no trace of emotion.

However, such relief from pain does not come cheap. Many of us just cannot afford it! Dignitas charges nearly $7,000 per patient; add to it the travel costs. According to one count, over 100 people from the UK resorted to this in the past few years. Hundreds are on the waiting list.

Public interest in the whole affair was enlivened a few days after the end of the Downeses, when the Law Lords of the British Parliament (who are soon to become the Supreme Court of UK) decided in favour of Debbie Purdey, a woman who had fought a three-year-long legal battle just to make sure that her dear husband would not be penalised for helping her put an end to years of misery caused by primary progressive multiple sclerosis, which confined her to a wheelchair. Ms Purdey is not going to die tomorrow. But she will decide soon when it is time for her to go. She just wanted to ensure that when she does make the irretrievable decision, and her husband helps her go through with it, he won’t be prosecuted. You will agree that this was the ultimate in consideration for one’s partner. In admitting Purdey’s petition, the House of Lords did not legalise assistance to suicide, but ordered the Director of Public Prosecution (DPP) to draw up guidelines on the basis of which he will decide who to prosecute and who not to. So, there will be no mechanical or mindless application of the law, which now imposes a 14-year sentence on those abetting suicides. Several cases are already pending before the DPP for a decision.

Can we in India draw lessons? If we do not even take cognisance of—what to speak of endorsing—the House of Lords’ directive to the country’s chief prosecutor, we will be clearly hypocritical and insensitive. We now permit hospitals to withdraw life support from patients when there is no prospect of restoring them to normal life. Why can’t we go an extra length and permit assistance of the kind clinics like Dignitas in Switzerland render for a price? There will be umpteen arguments against such a radical move. It goes without saying that we need to build stringent safeguards, so that the facility is not abused by a greedy relation who has set his eyes on the property of a gravely ill person. Again, it will be argued, that such safeguards are difficult to enforce. There are always crooks and beasts around us, as we have learnt from working the law that allows transplanting of human organs into the systems of needy patients. Is that reason enough not to push through with some executive guidelines of the kind contemplated by the House of Lords, so that there is no harassment of genuine and compassionate individuals extending a helping hand to one who finds life insufferable from disease and pain? Governments in our country need to have the stomach to go through with such drastic but socially welcome moves. They won’t win votes. But they’ll certainly enhance our image as a nation that cares for individual dignity.