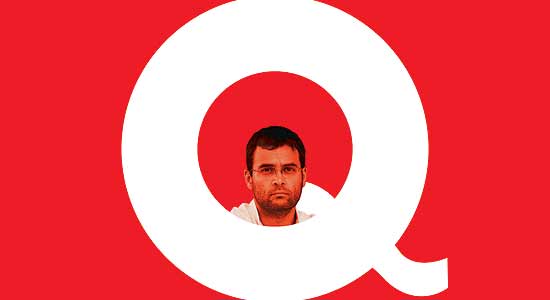 Like his potential rival Narendra Modi, Rahul Gandhi has shied away from taking questions from the public, and the media. He’s given only one recorded interview, addressed a few press conferences, and has generally preferred dispensing off-the-record briefings to select editors. Now, as the country digests the aftermath of the UP election debacle for the Congress, there are many questions Rahul must answer. For starters, here are 25.

A Kalam For An Ansari?