Dear Editor, You Got Mail

As Outlook celebrates its 23rd anniversary, we bring to you some of the best letters we've received from our readers over the years. 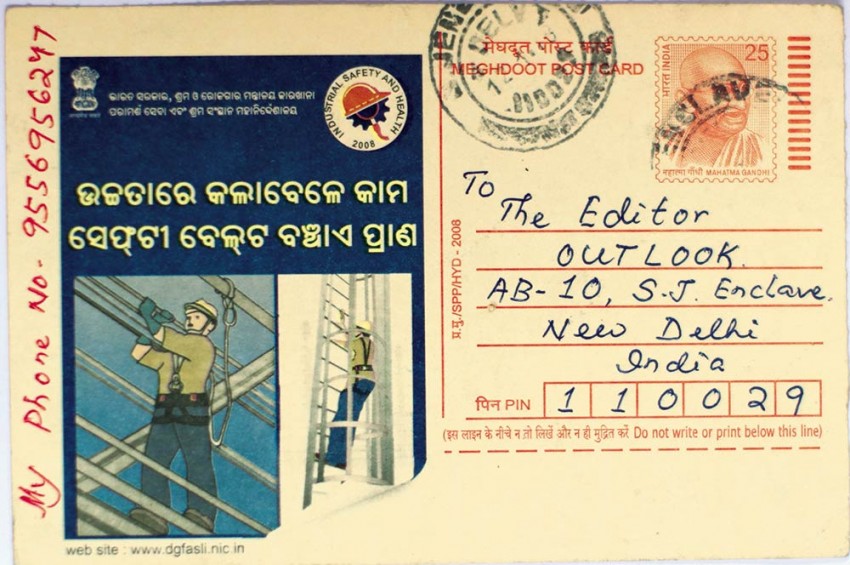 Outlook’s first issue came out just two months after the first public e-mail was sent in India, 1995. It was predestined, then, that
reflections and reactions on our stories would be dispatched increasingly via mouse clicks than drop-INS at postboxes. A large part now also comes in through online public comments, sent ‘via my iPhone’ or And­roid. But, showing admirable res­ilience in the face of the electronic ons­laught, there exists an old guild among the magazine’s regular letter writers.

The sky blue inland misses few weeks, always typewritten, and then, edited over with a blue ballpoint. A range of names appear in the sign-off, a range of addresses too. The desk has a bunch of theories: is it a collective of people, a secret society from the Deccan with a common editor; does Hyderabad happen to have the biggest concentration of typewri­ter-owning Outlook readers, or is it the same man? We are reluctant to reach a conclusion.

One arrived from right next door on a February morning this year with a clairvoyant scribble at the end, “France will win football world cup.” The notebook handwriters pitch in too, the effort put in across a few spreads at times.

Courtesy demands acknowledgements extend to our ceaseless electronic messengers: M.C. Joshi, Richa Juyal, Rajneesh Batra, V.N.K. Murthy of Pattambi, Rakesh Agarwal, the Bharatiyas, M.Y. Shariff and Santosh Gairola of Taiwan. And the num­erous others we couldn’t name here, they’ll be on the letters page in the weeks of past and future.