To present, in English, the essence of the high point of Urdu humour is a remarkable achievement. 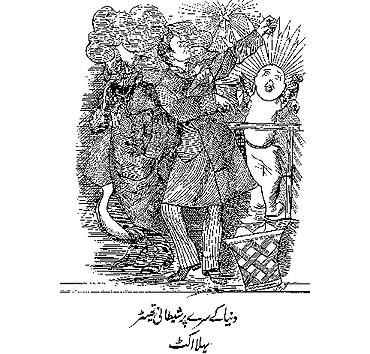 The publication was launched barely two decades after 1857. Avadh was recovering from its ravages. Its most popular king, Wajid Ali Shah, had been deposed in 1856 and transported to Matia Burj near Calcutta. With one executive order, 20,000 government employees had been rendered unemployed. More were reduced to abject penury. There was great anger among the people. How did the elite and ordinary citizens respond—by strapping themselves with explosives? They responded with a sophistication and elegance rare in history. Avadh Punch, first published in 1877, was part of this cultured response.

Distil from the best of your opponent’s satirical writing, incorporate it into your armoury, and dazzle him with a barrage of barbs and wit in the finest prose, and you’ve raised the quarrel to the level of Joseph Addison and Ratan Nath Sarshar.