In Outlook this week, a diary by classical dancer Sonal Mansingh 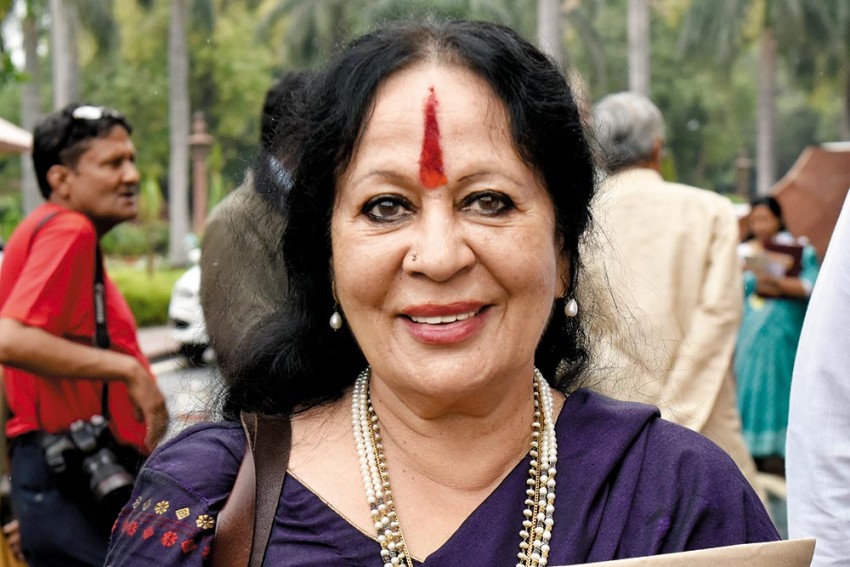 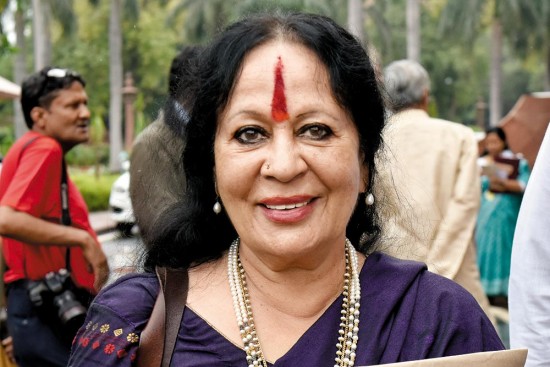 I am reclusive. I am gregarious. I am in solitude but with a window open. When I dance the audience becomes one single point of light. When I speak, my words dance. I watch birds flying in to nest and rest for the night. That tree of silk-cotton now totally bald was green with shiny leaves. Now not one leaf to swear by. That summer when I moved here I saw huge orange-red flowers and not a single leaf. Then flowers left puffs of silk-cotton balls floating in air, giving asthmatic spasms to many. In this seventh year of my stay in this flat I see my life, years gone by as alternating as flowers and leaves and bare branches on which hundreds of birds rest, perch, play. I am that tree.

‘Think Sonal, how would you recount your journey of 75 years in 2 hours?’ a friend asked. They were making a video presentation. The process of selection of photos and video-clips was as daunting as enriching. Awesome, fantastic, unbelievable, inspiring, inimitable were some of the initial reactions from the selection committee. But they fell silent on the fifth day as frame after frame, photo after photo emerged from dark corners of cupboards and shelves. I stopped them after a week. They protested, we haven’t even touched one-tenth of it. Tough task to weed out, gloating over those images from early days of dancing through mid-life and later. I zeroed in on DD’s black & white video clips of Bharatanatyam and Odissi. Short 2-minute clips from my own creations and choreographies and the rest was me on stage, alone with myself, talking, singing, dancing, laughing.  I have just begun.

My paternal grandfather Mangaldas Pakvasa, dadaji, was from Surat in Gujarat but had come to Bombay when his teacher-father relocated. The young man studied law to become a successful solicitor practicing with Mohammed Ali Jinnah and Bhulabhai Desai. Dadaji was a rich respected lawyer until his meeting with M.K. Gandhi and visit to Dandi with him in 1930. He picked up fistful of salt on that fateful day which changed his life forever. Dadaji was jailed. He went to jail frequently while donating his real-estate bungalows and properties to the nation. Thereafter he never went back to practice law. He resigned from the general membership of Indian National Congress in 1944, the year of my birth. He had differences with Nehru, so when the time came to sel­ect names for governorship of the five presidencies, Nehru opposed dadaji’s name. It was Gandhiji who pushed saying he is my man! Thus dadaji had the honour of being appointed Governor of Central Provinces and Berar on August 15, 1947. 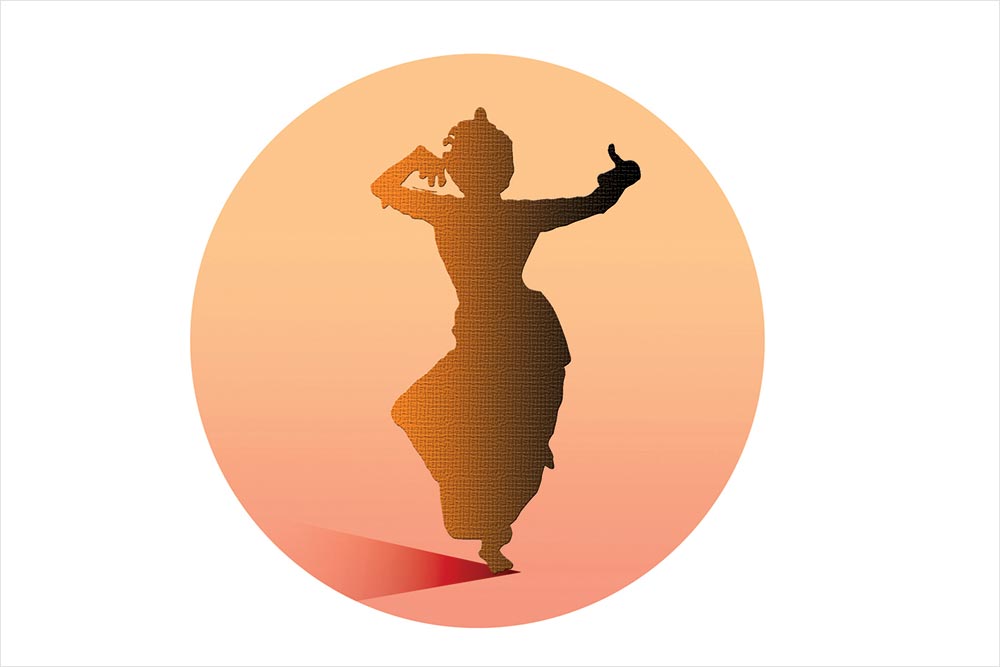 Illustration by Saahil
My Intangible Patronage

My father being his only child, we were brought up under his wise, humorous and enlightened supervision. Nagpur was the capital where we still have friends and strong memories of that beautiful land from which Madhya-Pradesh was created and Vidarbha ceded to Maharashtra. I learnt my chaste Hindi sitting in the lap of Dr D.P. Mishra, then home minister, and indulged my Gujarati sweet tooth in the voluminous lap of chief minister Pt Ravi Shankar Shukla who enjoyed feeding ladoos. Shukla ji and Pt G.B. Pant shared their generous moustache.

Dadaji was also Governor of Mysore (later Karnataka), undivided Bombay and then Maharashtra. Happy childhood and memories of adolescence are replete with faces of Sardar Patel, Dr Rajendra Prasad, C. Rajagopalachari, Dr Raghuvira (Prof. Lokesh Chandra’s father), religious leaders and saints, musicians and many scholars. Many associations continued in years to come when unaware of my early years, Lutyens’ Delhi gossiped about my ‘friendships’ with political leaders! The joke has been on them as I continue living in rented accommodation, fighting devious and greedy landlords in Tees Hazari, without a trace of political patronage. Even now I await my first government accommodation after nearly one year of being a Rajya Sabha MP!

Cut to Morarji Desai, the prime minister of India in 1978. He had been unhappy and overtly critical of my profession as dancer. As finance minister in 1964, he had scolded me in his Delhi residence for dancing ‘in public.’ I had retorted, “Why do you give speeches in public?” He was livid and complained to my bemused dadaji over telephone. Then he complained to my father for not meeting him to pay respects as the PM of India. I rushed to his simple bungalow next evening with my friends Veena Shroff and Narendra Singh Bhati mumbling about my dance programmes and tours. He was still nursing that grudge when he said “you haven’t stopped dancing yet?” and my smile evaporated as the words burst out “you are still Aurangzeb.”

In my mother tongue Gujarati it sounds more curt. I sobbed in frustration. His heart melted. He apologised, offered dry fruits and accepted to attend my 3-day festival ‘Krishna’ at Hotel Ashoka. He had that old-world grace to address the elite audience saying, “I am here as ‘Sonal’s Morarji Kaka, not as prime minister of India!”

(The author is a classical dancer and a Rajya Sabha MP)