Kannada poet, writer and activist Prof S. Siddalingaiah says no political party in Karnataka is raising Dalit issues and nobody fears the Dalit voter anymore. The Dalit votebank, which was seen to be with the Congress, isn’t united like the Muslim votebank. 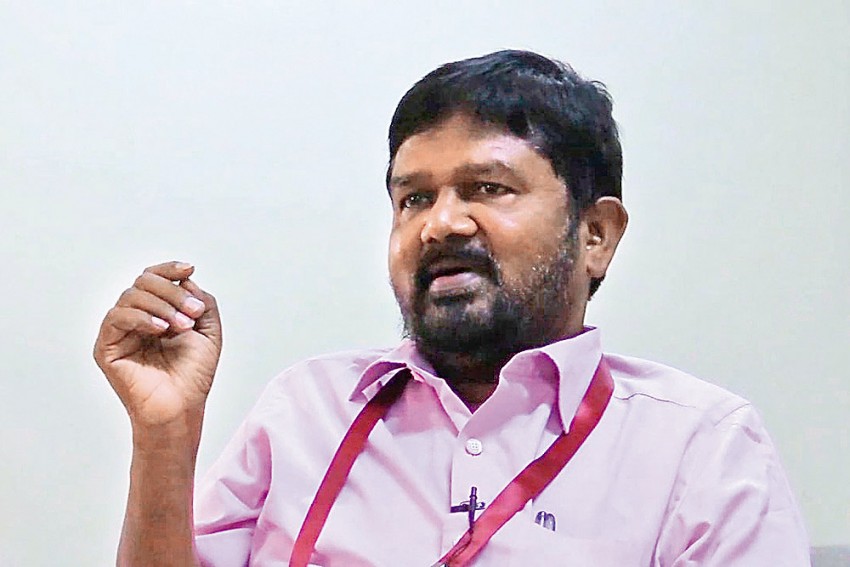 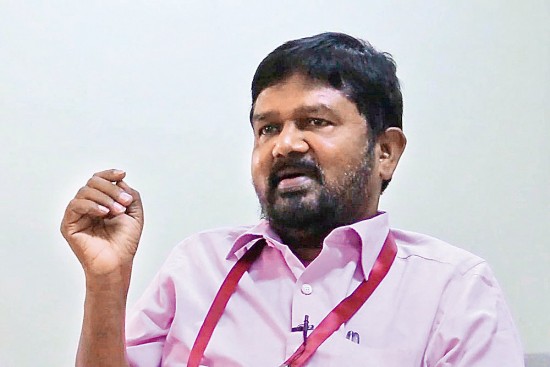 When Kannada poet, writer and activist Prof S. Siddalingaiah’s work Holey Madigara Haadu (Song of the Holeya-Madigas) was published in 1975, it found instant popularity. Siddalingaiah tells Ajay Sukumaran that he is still working towards Dalit unity, the lack of which means that no political party in Karnataka is raising Dalit issues and nobody fears the Dalit voter. Edited ­excerpts from an interview:

Broadly, what are the contours you are ­seeing in this election?

This election is different for many reasons. Electoral culture—decency and language—is broken and the Kannada language has been harmed. And nob­ody is addressing the burning issues Dalits are facing, as I told Amit Shah when he visited me. For instance, the demotion of 22,000 SC/ST government officers by the SC order revoking reservation in promotions. This is very cruel—other remedies could have been found. It is a betrayal of the Dalit cause but no party is talking about it. Second, the dilution of the Atrocities Act. There were attacks on Dalits even when it was strong. The people misusing it should have been punished, but instead the Act itself is being weakened. And alt­hough some Dalits get jobs in the private sector, there is caste prejudice there and private sector reservations are required. Again, no party is ­addressing this seriously.

Why aren’t parties raising these issues?

In all parties, local and national, the SC/ST representatives are dependent—Dalit youngsters will rise up the ranks only when they have a non-Dalit godfather. Even strong Dalit leaders depend entirely on upper caste voters. So, the more popular you become among Dalits, the less popular you are among non-Dalits. And vice-versa. So, Dalit leaders are unable to voice Dalit issues. If you do, you won’t get a ticket the next time, and even if you do get one, you won’t win. Even reserved constituencies have their political future decided by non-Dalit voters. Ambedkar anticipated this in 1932 and himself experienced it in 1951–52. Dalit leaders have now been co-opted and have adjusted. Even if they amass wealth or are corrupt, nobody will trouble them—but if they set out to champion Dalits, they will be finished.

How does this affect common voters?

The Dalit votebank, which was seen to be with the Congress, isn’t united like the Muslim votebank. Dalit power, identity and militancy are weaker now, so nobody fears the voters and the vote is fragmented. Some go with the Congress, BJP, BSP, JDS. Many issues are relevant to Dalits, such as the worry that the Constitution will be changed and reservations scrapped. The Karnataka government passed an ordinance to safeguard the SC/ST officers’ promotions and the governor sent it for a presidential reference. But the matter is still pending after eight months—Dalit organisations aren’t strong to take up these issues.

We hear of Madiga disappointment with the Congress. What’s your view?

The Congress would have gained the political advantage had they implemented the Sadashiva report. Many people are disappointed and we hear the Madigas are veering towards the JD(S) and BJP. These issues are raked up during elections but we must see what happens after. I’m hoping to see a picture of Dalit unity. Pre-election divisions and slogans may disappear in the post-election scenario. So, there’s a good chance that the left and right groups will make common cause, and people like us support that. I’m particularly interested in right–left unity—that’s how it was when we formed the Dalit Sangharsha Samiti decades ago. If there were any differences back then, they were rather ­between Marxist Dalits, Ambedkarite Dalits and Lohiaite Dalits. Nowadays, I’m pushing for more ­marriages between ­sub-castes of ­untouchable communities rather than intercaste marriages.

Is activism as strong as it was earlier?

No, it was stronger in the ’70s and ’80s. Now, it’s divided among num­erous organisations and leaders. Still, there are influential groups in every constituency and some brilliant youngsters among them. Despite this division, they have their own awareness. I believe that in future, they will come together on a single platform.

How do you see the Dalit movement in Karnataka vis-à-vis other states?

It’s not as fanatical as in other places—you know, the kind of Dalit fundamentalist thinking that is increasing all over India. The movement here always had a liberal approach. From the beginning, Dalits and progressive non-Dalits have worked jointly. If Dalits agitate, non-Dalits join in. The iss­ues facing Dalits cannot be solved in iso­lation; they are interconnected with soc­iety’s other problems.

Poison Or The Knife?