He's been called the most successful Indian captain. Is it time for him to ride into the sunset now? Updates 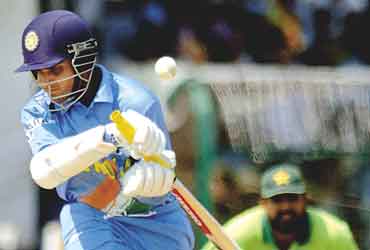 This time, it's more than a sigh. The bloodlust of a "lynch mob", as social historian Ramachandra Guha puts it, is coming to the fore as Saurav Ganguly teeters on the precipice of cricketing oblivion. The mob—egged on by ICC referee Chris Broad's decision to ban the Indian cricket captain for six one-day matches for India's slow over rate in the game against Pakistan at Ahmedabad—is leering at the prospect of him falling over.

The referee has only followed the book. Ganguly was banned for two matches for slow over rate after the BCCI's platinum jubilee match in Calcutta last November by referee Clive Lloyd (that ban was scrapped following an appeal) and fined 70 per cent of match fees for the same breach at Jamshedpur. That made the Ahmedabad breach a level III offence, for which a ban is prescribed.