Watching it is like getting invited to a feast that turns out alarmingly undercooked, bland and inedible. 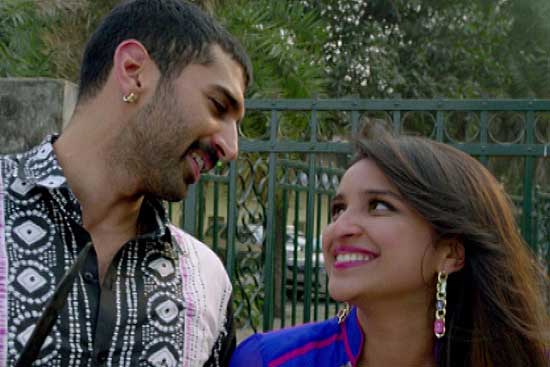 Watching Daawat-e-Ishq is like getting invited to a feast that turns out alarmingly undercooked, bland and inedible. One of the reasons pertains to the issue it seeks to handle. Dowry is a serious problem and 498 A is a contentious section of the IPC. Fai­sal deals with them in a facile manner and sends rather problematic messages across to his viewers. Parineeti is Gulrez, a shoe salesgirl who gets so disillusioned with her dowry-­seeking suitors that she decides to launch into a twisted con job with her father, Kher, assisting her. Tariq (Aditya) is her flamboyant Lucknawi khaansama (chef) suitor. Together, they whip up an utterly boring film, one which doesn’t offer an ounce of fun. Not one situation feels alive, not a single dialogue crackles. The likeable, accomplished actors are let down by the half-baked story, which could have ended much before it does. Most of all, the film does injustice to mounds of good food. Good foodie films are those that turn food into a character, make it an integral element. Here Faisal just throws kababs, biriyani, shahi tukdas and phirnis at us tantalisingly. Alas, it all is mere backdrop.