The IT industry is full of myths. A new study junks them all. 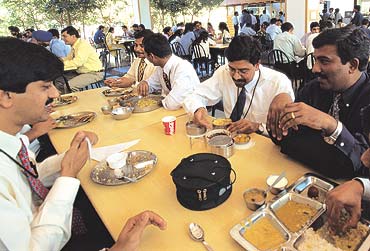 outlookindia.com
-0001-11-30T00:00:00+0553
In the past decade or so, the IT industry has been the subject of some ingenious myth-making. Many of the myths have grown out of the industry's high-profile nature, the hype about the IT revolution's transformative powers, and the keenness with which Indian politicians have used the success of the industry as a fig leaf to cover up the state's failures.

The first-ever sociological study of the IT industry in India, conducted by the School of Social Sciences of the National Institute of Advanced Studies (NIAS), Bangalore, debunks some of these myths and comes up with surprising new findings. The report is all the more interesting and important as it has been produced by working with the industry, by using data produced by bodies like NASSCOM and from interviews with CEOs, HR managers and employees across Indian and MNC firms of different sizes in India and Europe. While the report does not take a sensational "anti-industry" position, it offers constructive policy correctives. To the many important conclusions that it draws, there are an equal number of caveats, but that in no way takes away the sting.

Here, we explore six myths about the IT industry that have been exploded by the report, titled 'Work, Culture and Sociality in the Indian IT Industry'. Professor A.R. Vasavi of NIAS and Professor Peter van der Veer of the University of Utrecht directed the project and Professor Carol Upadhya of NIAS was the principal researcher. The report, funded under a joint programme of the Indian and Dutch governments (Indo-Dutch Programme for Alternatives in Development), focuses on both IT and ITES industries, that is software services as well as BPOs. Here we look at myths related only to the former.

MYTH The IT industry both derives from and spawns a culture of individualism; IT professionals are strong adherents of a nuclear family system.

FACT The report says there is a resurgence of the joint family: "Elderly parents are invited to live with working couples...these reconstituted 'joint families' do not represent adherence to the traditional joint family so much as a convenient solution to the domestic problems of working couples.... Far from liberating employees or leading to greater 'individuation' at personal levels, IT appears to be shoring up family structures as employees depend heavily on these networks for social support." Among the IT crowd, despite the diverse transnational work experiences, there is a reinvention and reaffirmation of traditional Indian culture, says the report.

MYTH Lifestyle too is an area that marks out the IT crowd. IT people are consumerist and splurge rather than save.

FACT While the ability to buy and invest marks this generation off from the previous one, the traditional middle-class goals—to own a house, plan for security, invest in upward mobility such as children's education etc—themselves have not changed. In fact, most IT professionals offer a direct critique of the new consumer culture in their interviews. "The lifestyles of most software professionals differ from those of their parents in that they can afford larger, better furnished houses, cars and a variety of consumer goods, but their orientation to consumption and life planning remains the same. This is seen, for instance, in the fact that many software professionals disparage the 'frivolous' lifestyles and consumption habits of BPO workers".

MYTH IT industry has unleashed a 'network society' and a 'second modernity'.

FACT Indian IT workers seem to have preserved the conservative institution of endogamous marriage. As per the sample survey, South Indian Brahmins married South Indian Brahmins, while for North Indian Brahmins in-marriage was 100 per cent. Only one Brahmin in the sample was married to a non-Brahmin. For Vaishyas, endogamy was 100 per cent, as was the case for dominant agricultural castes and all other categories. All the Muslims and Christians also married within their communities. Of those surveyed, 62 per cent had arranged marriages, 28 per cent were self-arranged, while a small number were arranged through marriage bureaus, internet chat and the like. Intra-regional marriage statistics is another factor supporting the conservative attitude of IT employees to marriage—among Hindi-speaking respondents, 88 per cent married those who speak Hindi. A similar pattern is found among Tamil speakers (88 per cent), Kannada speakers (83 per cent), Malayalam speakers (75 per cent) and Telugu speakers (71 per cent). 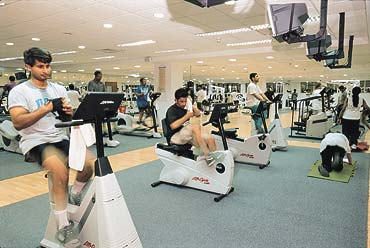 MYTH The IT revolution has been inclusive, providing employment across caste and class barriers.

FACT A majority of IT professionals are from middle-class, educated, urban backgrounds, and upper castes. "Given the large pool of engineering and other graduates available, it is able to select the best students from the best colleges who, because of the exclusionary processes operating within the education system, tend to be from middle-class, urban families," says the report. In the workforce sample, 84 per cent had fathers who were either managers or executives in public and private sector firms, government officers, doctors, professors and businessmen. Only 9 per cent had fathers in clerical or blue-collar jobs, and 3 per cent were from agricultural families.

Firms also look for candidates with the right kind of 'cultural capital'. The report says this for HR managers of software firms: "Several HR managers made an association between language and social background, and identified those from small towns as being the ones with 'communication problems' because of their heavy MTI (mother tongue influence)."

MYTH The IT industry in India is regarded as a model for India's development and rise as an economic power.

FACT The report argues that it is in fact largely an "enclave economy" that is linked to the global economy, with few links to local, regional and national economies due to its concentration on export of software and ITES. The enclave nature of the industry generates few "spillovers" for the domestic economy. India now accounts for 65 per cent of the global market for offshore ITES and 46 per cent of global business process offshoring, and is situated within the global information economy as a provider of primarily low-end services.

During the 1990s, the industry grew at an annual rate of 50 per cent, but since 2000 it has hovered around 28 per cent. This means the industry is dependent on global capital and markets for sustained growth. "This reliance on mercurial global capital and markets means the industry is vulnerable to larger economic forces. A downturn in the US economy, or a decline in India's relative competitiveness due to rising costs, may lead to flight of business and/or capital." The threat of macro-economic shocks holds despite India expanding its markets beyond the US. When such is the case, should it be seen as a model for India's development?

MYTH The IT industry has little to do with state support and has been successful only because of the non-interference of the state and freedom from bureaucratic controls.

FACT The report says: "This story usually neglects to note that the ready supply of skilled manpower was produced by the long period of economic policy based on import-substitution and development of state-driven scientific and technical expertise.... The various technology missions initiated under Rajiv Gandhi's government after 1984, and the new telecom and computer policies that were brought in, provided the infrastructural base on which the industry could grow. " Since the '80s, the industry has enjoyed tax holidays, duty-free import of equipment, free or subsidised infrastructure and land, establishments like software technology parks etc. This growth was further encouraged by liberalisation in the '90s. Technical education has also been grossly subsidised. The report says the absence of acknowledgement of state support is "usually made in defence of their resistance to government regulation of any kind, especially with regard to labour laws".

The report also provides other nuanced analyses—of the position of women in the IT industry, of management control, the labour market, job satisfaction, attrition, migration and other absorbing topics. Unlike many other academic works, this report is accessible both in terms of language and conceptual clarity. Although the final report has been sent to top IT captains there has been "very little feedback" say the researchers, but isn't that understandable?