The centre of gravity shifts to entertainment, giving the IT industry a new buzz 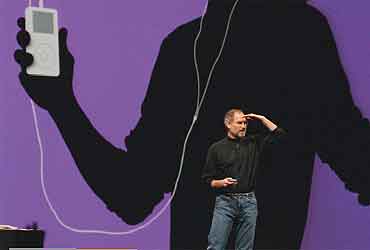 It's a paradigm shift for infotech majors. For years these IT giants have made productivity tools for professionals. Now, their attention has shifted from databases and online commerce to audio and video, enhanced graphics and surround sound—in short, digital entertainment.

Some of the biggest recent launches from IT majors have been in home entertainment with a clear focus on the retail market. Intel's new microprocessor platform talks of enhanced graphics and surround sound audio. After iPod, Apple launched its Airport Express speaker system to support iPod and enable wireless transfer of music from one room to the other. Microsoft Corporation's Xbox gaming machine is already a popular gadget among gamers. HP's latest products include a home cinema projector with a built-in DVD player and speakers. Its new laptops have wide screens for better DVD viewing and superior sound features like built-in JBL Pro speakers. Others like Dell Computers and Creative Labs have launched digital audio players—Digital Jukebox and Zen Micro. In India, hcl has launched its own music player, the Neo Pod.

The thin line between the home entertainment system and the computer is fading. In addition to better audio and video features, home computers and laptops often can be had with TV reception capability and with remote controls to change channels. Meanwhile, personal digital assistants and cellphones can take, store and display photos and video clips.

And the distinction is blurring because the importance of the retail home market to the IT industry is soaring. Last year, a large part of Apple Inc's revenues came from its revolutionary music player iPod. In the first quarter of fiscal 2005, Apple saw a 26 per cent growth in Mac units while iPod sales grew by 525 per cent. According to company officials, the company sold over 10 million iPods last year while 4.6 million units were sold between October and December 2004 itself. 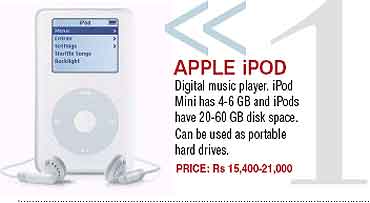 Alongside, iTunes, Apple's support website for music download for iPod also did good business with iPod owners ensuring more revenue for the company. Apple officials reveal that the company sold a whopping 300 million iTunes last year. The products may be cutting-edge, but the business logic is well-established: roll out attractive hardware, while also generating a steady revenue stream from the software.

Tony Lee, director products for Apple, explains the market forces behind the shift to home entertainment: "Digital convergence has brought music and video to personal devices and forced IT companies to look at entertainment." This, he feels, is a huge opportunity for IT companies and opens up a totally new field. Apple made a killing with the iPod because it was one of the first to spot the growth opportunity. 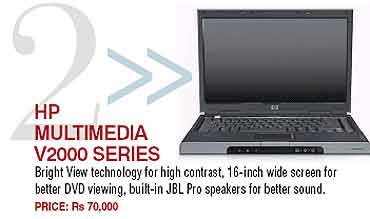 This growth is also being driven by new technologies, multiple functions and applications and affordability. Consider this: A laptop computer, which came for anything above Rs 1 lakh two years ago, is today available at around Rs 40,000. Desktops too have come down from the level of Rs 50,000 to around Rs 20,000.

Also, the new machines do much more than just computing. According to an industry survey, over 60 per cent of buyers used their PCs more for music and video viewing than office work and Internet. And this trend is increasing rapidly. At least in India, the industry is hoping to see a telecom-like phenomenon in the IT sector where the reduction in acquisition cost saw large-scale adoption by people.

Digital technology has made entertainment a lot more portable.Portability is morphing the PC from an office tool to a multi-purpose personal companion which can be used as a professional product, a digital assistant as well as a personal entertainment product. 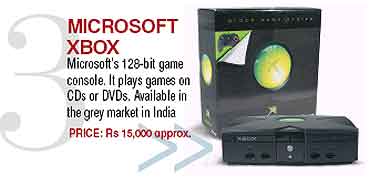 Gaming is pushing the marriage of IT and entertainment as well. According to market surveys, the global gaming market would be worth $50 million in 2005. Of this, the console gaming segment has been forecast at $35 million and that of games that use PCs as the platform at $15 million. The Indian gaming market is expected to grow by 100 per cent this year and the PC would be the primary platform. This, the industry believes, would push IT companies to take gaming seriously.

Mohit Anand, manager, home and entertainment division, Microsoft India, feels that the IT industry is at an inflection point where it is looking at a totally new trajectory for growth: "Gradually, all products will support entertainment features and share content with each other. The line between pure IT products and consumer electronics is blurring fast."

Even IT support companies are looking at entertainment now. Cisco Systems, a company specialising in routers and other IT infrastructure, was eyeing the home entertainment market potential when it recently acquired Linksys, a company that specialises in wireless home networking. Says Sanjeev Gupta, sales director, Asia Pacific, Cisco: "The PC is now being looked at as an entertainment product; changes and developments would begin from home."

Similarly, chipmaker Intel feels that consumers are increasingly turning to the PC as a primary source of entertainment. The average time spent on a PC has increased, as people are playing games or watching digital video or images or are listening to music on the computer. Hence, Intel has dedicated its new microprocessor platform, codenamed Sonoma, to entertainment. The company's first multi-core processor supports accelerated graphics for high-quality DVD video playback and gaming as well as theatre quality sound for MP3 and TV tuner cards.

In February, the company announced five new processors, including its new Pentium 4, 6XX series, for desktop computers that deliver enhanced entertainment benefits for consumers. Says Trish Thomson, marketing director, Intel: "We have seen that of all people who acquire PCs for education, two-thirds use it for gaming and entertainment. It's natural for most companies to concentrate here."

Intel too recently acquired Oplus Technologies—a company manufacturing video processing products and digital displays. And with its ambitious Digital Homes project, it plans to some day integrate consumer electronics and audio-visual media with the PC at homes through a seamless wireless network.

Companies feel that while the PC will remain at the centre of the digital lifestyle ecosystem, its definition and concept might change. In fact, it might not be called the 'personal computer' anymore. Says Anand: "All entertainment delivery devices, DVD, Internet, gaming, CDs and MP3 will ultimately get hooked through a central device which would be the PC. Its relevance will increase although its form factor may change."

Says Intel's Thomson: "Not just PC makers, but consumer electronics makers too are looking at redefining the PC's form. It's time for the PC to sit in the living room and perform multiple functions with entertainment at the centre."

So is it time for the computer to undergo a makeover and don a more entertaining look? That may well be the least of the changes. IT companies will continue to look towards incorporating more entertainment capabilities into their offerings. And entertainment hardware makers will offer the abilities of computers—after all an iPod is nothing but a hard drive, and your DVD player is nothing but a very specialised programmable computer.One thing is certain.It will be more than a makeover; the computers you use in tomorrow's home will look nothing like today's beige boxes.

The Lie Of The Land As Per Both Sides