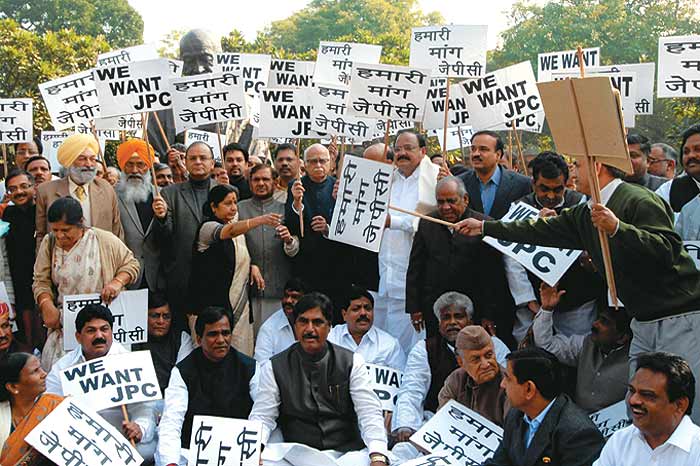 When the CBI on February 2 arrested former Union telecom minister Andimuthu Raja along with two officers who served under him, it became clear that the waves of corruption will continue to rock the UPA-II boat. Not only has the 2G scam acquired a life of its own, the issue also seems set to cause great discomfort to Prime Minister Manmohan Singh in the near future. Indeed, across the political spectrum, the belief is growing that corruption has become a people’s issue and public disgust with the ruling party is only increasing.

And now that a former minister has been arrested, the PM will repeatedly be asked by the opposition to stand by the principle of collective cabinet responsibility. That too at a time when other scandals are playing out in the public domain. A few days before Raja was arrested, former Maharashtra chief minister Ashok Chavan was named in the FIR filed in the Adarsh Society scam. And it’s a matter of time, say sources, before Suresh Kalmadi is arrested. As chairman of the organising committee of the Commonwealth Games, he is widely perceived to be the kingpin of the large-scale corruption that preceded the event.