Cut The Nose To Cure Cold 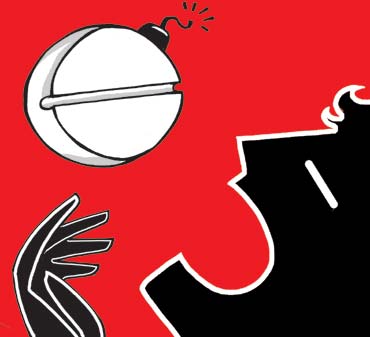 Right till 2007-end Reddy adamantly justified his CRR hikes on the grounds that they would curtail inflationary expectations. In his quarterly review at the end of December, Reddy claimed his policy had worked. Industrial growth had come down from what he believed to be an unsustainable 12 per cent to a sustainable 9 per cent and, to quote his exact words, "the Indian investor has not lost his appetite for investment". He based this conclusion on the fact that in October capital goods production had grown by 22 per cent. Inflation too had come down from a previous peak of 6.6 per cent to around 3.5 per cent.

But subsequent industry performance shows that Reddy's 'medicine' worked too well. Industrial growth dropped from 12.5 per cent in 2006-7 to 8.8 per cent in 2007-8, and has dropped even more since, to 5 per cent in April-May this year. The much-vaunted growth in the capital goods sector dropped sharply in November, and was a mere 2.5 per cent in April-May. The output of intermediate goods such as iron and steel, cement and chemicals—the surest indicators of future industrial output—fell to a paltry 1.2 per cent in these two months. The high interest rates have killed the share market, where prices have fallen by a third. And there has not been a single large public offering of new shares in the last six months. This bodes ill for the future of investment. So, if demand was slumping in all sectors, why has inflation jumped by 7 per cent in six months? Why did steel prices jump by 25 per cent between January-April at a time when demand from every industry that consumes steel—from construction to automobiles—was slowing down or declining?