Curtains On The Regnal?

Unassailable so far, internal dissent against Rahul and Sonia mounts after the electoral rout 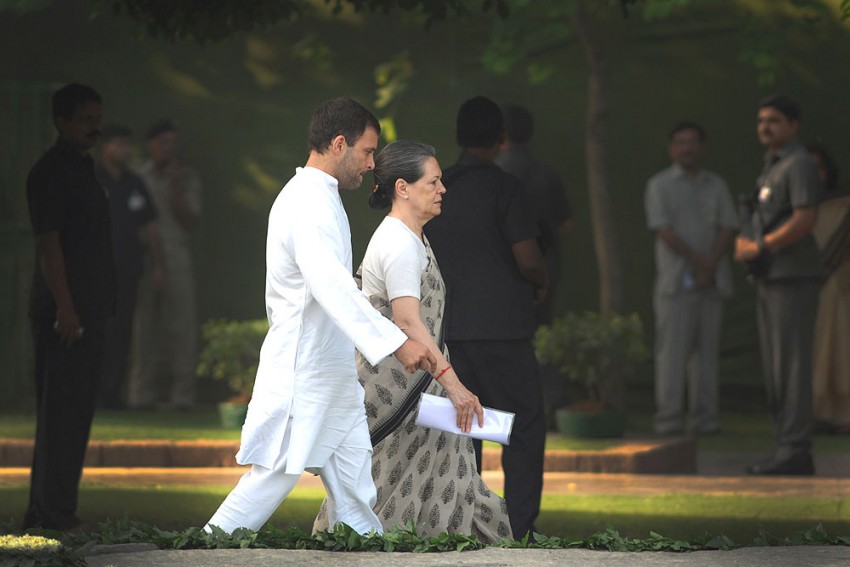 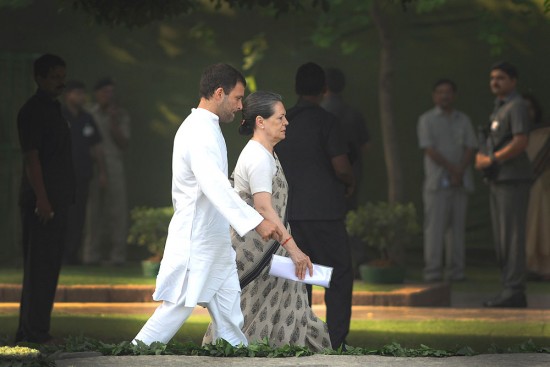 Rahul Baba is clearly the black sheep of the Congress family and everyone’s favourite punching bag. But put your ear to the ground that has shaken beneath the feet of the Congress party and you hear Sonia Gandhi being targeted. For the first time, there are Congressmen and women speaking of a post-dynasty future, if indeed there is to be one. Simultaneously, the traditional loyalists, who still imagine that they have something left to lose, have formed a ring around the first family and continue to defend it stoutly.

However, despite their best efforts, a rebellion has begun that will only pick up momentum in the coming months as the authority of the first family looks set to be undermined and challenged. Serious charges are being made about the structures run by both Sonia and Rahul. A sampler of what former ministers, ordinary MPs and party workers are saying about the debacle, its aftermath, and the first family:

At some point, they say, the Congress high command took the decision not to invest resources in states where the going looked tough. They, therefore, just backed down, leaving hundreds of candidates in the lurch. Funds promised from the party did not reach those out there fighting with their backs to the wall. Party figures who fought for the assembly in what is now Seemandhra (simultaneous Lok Sabha and assembly polls took place in the two states now carved out of Andhra Pradesh) reveal that five years ago, when assembly polls were conducted in the state, the party actually gave Rs 50 lakh to each candidate. This time round, it promised to give Rs 10 lakh in two batches, Rs 7 lakh first, then Rs 3 lakh. In many instances, the second round of money never came.

Congress leaders in states are furious that after a decade in power, the leadership in Delhi pretended to be broke.

Hence, it is clear to all that the first family will first protect itself on every issue (including Robert Vadra) before it seeks to look at the condition of the party. It is family before party. And to get legitimacy for this process, the family, as always, has to turn to the AICC. The AICC has for years been packed with people who do not contest elections, yet preserve their places by virtue of being gatekeepers to the dynasty. Currently, they are feeling very undervalued as the dynasty too has lost all its sheen. Yet as one of the MPs who won says, “They will be clutching to stay on. What future do these guys have otherwise? They are also protected because the family does not like leaders with bases of their own.”

Right now, as a former minister puts it, there is no real direction about anything. “At the moment,” he says, “we are looking at nothing. I think another jolt will happen after the elections in Maharashtra and Haryana. There is a possibility then that some of us who’re quiet now will speak more openly against the first family.”

So hopeless is the Congress feeling at this point that even the Priyanka formula is being trashed by those who till the other day were publicly demanding that she come forth. Says a former MP, “Hasn’t the country moved on? Do you think people will still be waiting after five years to see if she is in the mood to campaign outside Rae Bareli and Amethi? Let’s be clear here: we were drowning but she did not step out to give us a hand. All she did was defend her family.”

No one’s betting on Priyanka either. “Will people still be waiting five years on to see if she’s in the mood to canvass?”

The once grand party has clearly been left with a bitter aftertaste in the mouth. They face an existential crisis, fear annihilation and are still trapped in the framework of being a crowd  around a dynasty. It has been said that the dynasty is in the DNA of the party. Yet that’s not quite true if we look at the early history of the country and even the Nehru-Gandhi family. There is a turn in the affairs of the party post Indira Gandhi where all non-family leaders and PMs are erased from the history of the party, while only the Nehru-Gandhis are celebrated and venerated in pictures and posters.

Manmohan Singh may have been the prime minister till a month back, but he is already history. The party itself could be heading for a comatose condition if it is not given the oxygen of strong state leaders belonging to other bloodlines. At this moment, the family appears to be no asset but more of a liability. That is not an editorial opinion but the voice of more and more party leaders who are beginning to be suspended for actually having independent views. The glue is coming unstuck.