The 'Chinese threat' may materialise in reverse: Beijing now fears an Indian invasion 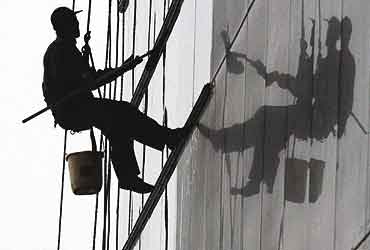 outlookindia.com
-0001-11-30T00:00:00+0553
My first visit to India, more than 20 years ago, was in a previous incarnation as an investment banker. I often say that the experience of trying (and failing) to do business in India is what drove me back to my first-choice career—journalism. I am only partly joking. For the visiting foreign businessman, India in those days was an exercise in sustained frustration, and a vision of untapped potential. For many, it probably still is. But India has been transformed in at least three ways that have made it a magnet for foreign businesses.

The first and most obvious is the change in attitude in government. In the early 1980s, there was a self-defeating caution that both wrapped local business in protective layers of cotton wool and fended off foreign commercial offers even when they were clearly in India's interest. On that first visit, for example, my mission was to sell a financial package to pay for Air India's purchases from Airbus. Because of arcane and complicated tax-sparing, leasing and export-credit arrangements, we were able to offer a loan at far below market rates: the ministry of finance could simply have put the money on deposit and turned a big profit. No deal. Not, for that matter, that it ever became clear that there was no deal. Interminable meetings in North Block would conclude with an invitation to come back in a fortnight, having tweaked our offer so that it was even more of a steal. Two hundred bankers would stay up all night for a fortnight doing complicated sums, and the procedure would repeat itself.

I like to think that the western taxpayer would now be spared the creative use of European legislation that allowed such deals at his expense. But I also like to think that India would be less likely to look the gift horse in the mouth. The assumption used to be that foreign profits had to be at the expense of the Indian customer. That this might be a win-win game seemed inconceivable. Now, it is taken for granted in most circles that foreign capital has an important role to play in India's development.

The second transformation is in the emergence of world-class Indian companies. This is true in manufacturing, of course, but most obviously in services, in particular information technology. In service industries, globalisation, for a number of reasons, started far later than in manufacturing. But in consequence it is happening far faster; it is likely to go just as far. So far, most firms are just scratching the surface. 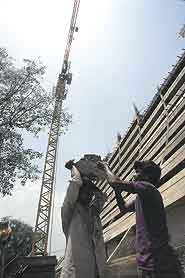 This is a secular trend that plays to India's strengths. The telecommunications infrastructure built to sustain the remote software development platforms of the big information technology firms has many potential uses in other business processes. There is little sign yet of an imminent crunch in the numbers of available engineers, nor of English speakers to staff call centres and other outsourcing operations. The projections that Nasscom and McKinsey made in 2002, that exports of software and IT-enabled services would reach $57-65 billion by 2008—that is, as much as merchandise exports achieved last year—may actually come true.

The third transformation is in poverty alleviation. When I first came to India, I had already spent several years in South-East Asia and had lived and studied in China at a time when it was poorer than India. But I was still unprepared for the numbing impact of an encounter with the urban poor in Bombay. Since then, tens of millions of people have been lifted out of poverty. From the point of view of foreign businesses, this means India has become a consumer market that is too big to ignore.

But the familiar comparison with China makes India's transformation seem partial. In China, in January for the first time in a few years, I was, as most visitors are, flabbergasted by the changes. Beijing—a city I have twice lived in—I found unrecognisable.Change, of course, is not progress, and much of what has been done to Beijing borders on the criminal, but it is hard to argue with the proposition that in terms of basic living conditions for most of its citizens, things have improved immeasurably.

It is often, and rightly, argued that China's development is uneven, with many areas left behind. It is also, of course, for all the expansion of personal freedoms in recent years, still a very unpleasant and repressive dictatorship. But in China, economic growth has been strongest along the eastern seaboard, and it is the interior that has languished—this means it is the most populous areas that have done best. That is not so in India.

Over the next 10 years, it is the Chinese model—or at least, part of it—that offers India the best hope of achieving the very rapid rates of growth needed to find jobs for its growing population. India's youthfulness is its great advantage: it is experiencing just the sort of bulge in its working-age population that China and the South-East Asian tigers enjoyed at the time of their booms. But this is only an advantage if jobs can be found for those in the bulge. Nowhere else—not even in Singapore—has it been done without developing export-oriented labour-intensive manufacturing. India will probably have to follow suit.

The proximate cause of South-East Asia's financial crisis in 1997 was the widening of current-account deficits brought about by a tailing-off in export growth. There were two main reasons for that: the strengthening of the dollar to which the region's currencies were pegged; and the emergence of China as an even lower-cost competitor (helped by its devaluation in 1995, meaning that it decoupled itself from the dollar's rise). Looking round the world for the source of a similar challenge to China's dominance, Chinese economists are looking at India. Yes, that's right: just as Indian businesses for years have worried about the 'Chinese threat', so Chinese policymakers, under pressure from America to revalue their currency and so lose one big source of competitive advantage, are beginning to bite their nails about India.

(Simon Long is South Asia correspondent for The Economist, London.)

A Paisa For Your Thoughts