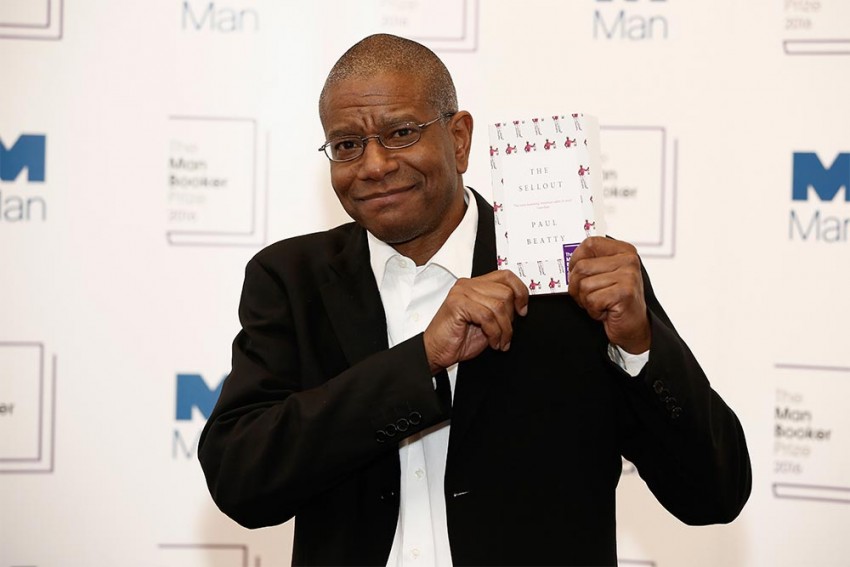 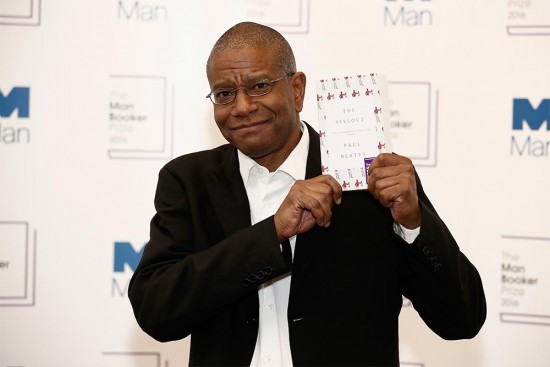 If profane stand-up comedy married a nerdy send-up on racism, The Sellout would be their yowling baby. Paul Beatty’s flamboyant farce is bursting with cusswords, pratfalls, political asides, psychotherapy, pop culture riffs and lessons in race history. His tough-talking, humbug-skewering Afr­­­­ican-­­American protagonist likes his marijuana strong and his humour black.

Beatty, who started out as the Grand Poetry Slam Champion on MTV in the ’90s, is not the only writer of black satire out there—he would be the first to admit it, he edited Hokum: An Anthology of African-American Humor, after all. But his time has come. He won the National Book Critics’ Circle award and became the first American to win the Booker for The Sellout. It’s hard to believe that he wrote it, because he was ‘broke’ and then was rej­­ected 18 times till Oneworld took it on. Maybe Hominy Jenkins, his old slave character here, is on to something when he says, “You know, massa, Bugs Bunny wasn’t nothing but Br’er Rabbit with a better agent”.

A jeux d’esprit runs through the nameless narrator’s surreal childhood scenes with his mad father, who gives him a beating “that would’ve made Kunta Kinte wince”.

The Sellout is a subversive yarn about a Black farmer reinstituting slavery and apartheid after the imaginary ghetto of Dickens, California, suddenly goes missing from all maps. “If New York is the City That Never Sleeps, then Los Angeles is the City That’s Always Passed Out on the Couch.” But, to understand what a terrible shithole Dickens is, we need to know that even condemned places don’t want to have anything to do with it.

“Juarez (aka the City That Never Stops Bleeding) feels that Dickens is too violent. Chernobyl...questioned the attitudes of a citizenry so laissez-faire about such rampant pollution”.

“Don’t tell me Kinshasa, the poorest city in the poorest country in the world, a place where the average per capita inc­ome is one goat bell, two bootleg Michael Jackson cassette tapes, and three sips of potable water per year, thinks we’re too poor to associate with.”

“No, they think Dickens is too Black.”

It takes a special kind of lunacy to pull off this tall tale, but as deep enquiries into the prickly subject of race relations go, this is as real as it gets. Beatty rei­nforces offensive stereotypes only to explode them. We are too busy laughing out loud to see this right away. We come away both disarmed and deeply uneasy.

That jeux d’esprit runs through the nameless narrator’s surreal childhood scenes with his mad social scientist father. “I, his gangly absent-minded black lab rat, was homeschooled in strict accordance with Piaget’s theory of cognitive development. I wasn’t fed; I was presented with lukewarm appetitive stimuli. I wasn’t punished, but broken of my unconditioned reflexes. I wasn’t loved, but brought up in an atmosphere of calculated intimacy and intense levels of commitment.” He asks cheeky questions and gets “a vicious beating that would’ve made Kunta Kinte wince”.

After the protagonists’s father’s death, the phony scholar Foy Cheshire runs the Dum Dum Donut Intellectuals to the ground. There is abs­urdist hyperbole. Foy earnestly renames ‘Middlemarch’ for Black students “Middlemarch Middle of April, I’ll Have Your Money—I Swear”. He introduces new Black-friendly fonts like Harlem Renaissance, calls new software EmpowerPoint, and titles his literature syllabus “Fire the Canon!” He unfairly accuses the narrator of being “a sellout” (a Black taking on white attitudes) as he sits eating—wait for it—Oreos.

As if this racially loaded cliche isn’t enough, our man sells watermelons and weed. He peddles top-quality strains with names like Carpal Tunnel, Anglophobia and Perspicacity—the last one makes a user suddenly understand her Eng lit seminar and how the stock market works—“Well, that’s how good this shit is, I know what ‘perspicacity’, a word I’ve never heard, means.”

He takes on as his willing slave his “first nigger whisperee”, the masochistic faded child actor Hominy Jenkins. With his wide Polident smile and eyeballs bulging with fear and hyperthyroidism, Hominy is the butt of delicious jokes. I say butt advisedly—he is frequently pantless.

It is up to our anti-hero to reintroduce segregation, slavery and road-signs to bring Dickens back into official existence. In the process, he winds up on trial in the Supreme Court. Will he walk free?

Beatty’s earlier novels, Tuff, White Boy Shuffle, and Slumberland, explored what it meant to be young, Black, male, and Ame­rican. The Sellout elegantly plumbs Black identity and responsibility via personal and national dystopia. The discrimination debate rages on in America today. Bigotry is the new normal. Beatty tilts his funhouse mirror to amplify jaw-dropping colour bia­ses until we are forced to look deep within ourselves and face our darkest secret.