“CSK, Rajasthan Royals Should Be Banned”

The original brains behind the IPL on the ongoing match-fixing case in the Supreme Court. 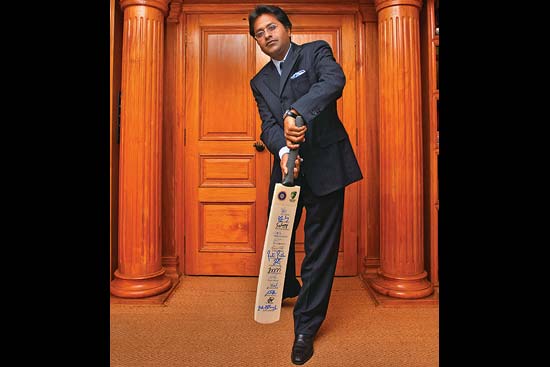 Lalit Modi, the original brains behind the Indian Premier League, currently holidaying in Maldives, took time off to talk to Nabanita Sircar about the ongoing match-fixing case in the Supreme Court.

The Supreme Court has virtually called it a rogues’ gallery. Is the Indian Premier League about to collapse?

I firmly believe that what we have today, in the IPL, is not only the best platform for sho­wcasing cricket in India, but also a global stage for many an aspiring cricketer. A lot has been said around the negatives and I feel that when the dust has settled, people will see the IPL for what it truly is—a true global platform to take cricket into the next millennium. This is what gives me a sense that the League is bigger than eve­rything else and will survive. It has been built on a str­ong foundation and as the legal process weeds out the bad elements, I am positive that the League will bounce back to its glory days.

What do you believe should happen to CSK and Rajasthan Royals now?

I feel that the Chennai Super Kings (CSK) and Rajasthan Royals (RR) should both be banned with immediate effect. If any owner indulges in betting, what is the message they are sending out to their own players? We had made specific provisions within the IPL rules and regulations for this and it should be implemented. I have a feeling the SC will take care of this as it is the apex judiciary body. But it is sad that a ruling has to come from them. A decision should have been taken by the BCCI—but I wonder why that decision was not taken at their level.

The whole world knows who he is. Let the SC make the names of the cricketers public. Why are we hiding behind legalities? I say, make the Mudgal com­mittee report public and let the fans decide.

What do you think? I feel Srin­ivasan should quit—but he is not. Why only him, eve­r­yone who has turned a blind eye to this ugly episode is equally guilty in my book.

Do you think there is a conspiracy of silence even by icons like Dhoni, Gavaskar and others?

I have maintained that the BCCI is a cosy club where money and power rule supreme. Cri­cketers, I guess, do not speak out in the hope that their post-retirement period from cric­ket will be taken care of by the BCCI. To that extent, I feel they have little option but to protect the hand that feeds them.

I have the utmost respect for Sunil and the rest.... I do wish players current and past would take a stand, instead of being silent spectators to the ruin.

Do you think the conflict of interest charge on Dhoni is reasonable?

I see a direct conflict of interest. To my mind, these must be strictly dealt with and not swept under the carpet. It would be prudent to best make an example of the guilty, so that no cricketer in the future thinks about bringing disrepute to the game.

Why has the IPL always been under the shadow of betting, with a casino-like aura since its early days?

Please do not malign the IPL to this extent. The league quickly emerged as the fastest growing sports league in the world, with a valuation of $4 billion in just its second year. The world sat up and took notice of India and the IPL due to what we achieved in Seasons 1, 2 & 3. It was up to me as the administrator to ensure that the murky underbelly of the betting world did not catch up with our players and we enforced that. The league, I still believe, is not all bad. It is just a case of a few bad elements. The rules and the code of conduct that we had put into place must be enforced to ensure that there is a clean-up of the IPL and, more importantly, within the BCCI and Indian cricket.

Do you feel it was a mistake that you allowed Srinivasan to own a team? Why didn’t you clear the rules at the onset?

I never allowed Srinivasan to own the team. I was strong-­ar­med into that—to the extent that the constitution of the BCCI was amended to ensure that Ind­­ian Cements and he could own an IPL franchise. It’s public kno­­wledge. I rai­sed issues in 2009 about Srini. That’s when he orchestrated a revolt against me.