“CSIR Still Has No Head. And It’s Directly Under The PM!”

Chai pe charcha in Lucknow discusses Modi's foreign travels, his indifference to R&D and how he is letting RSS elements dominate. 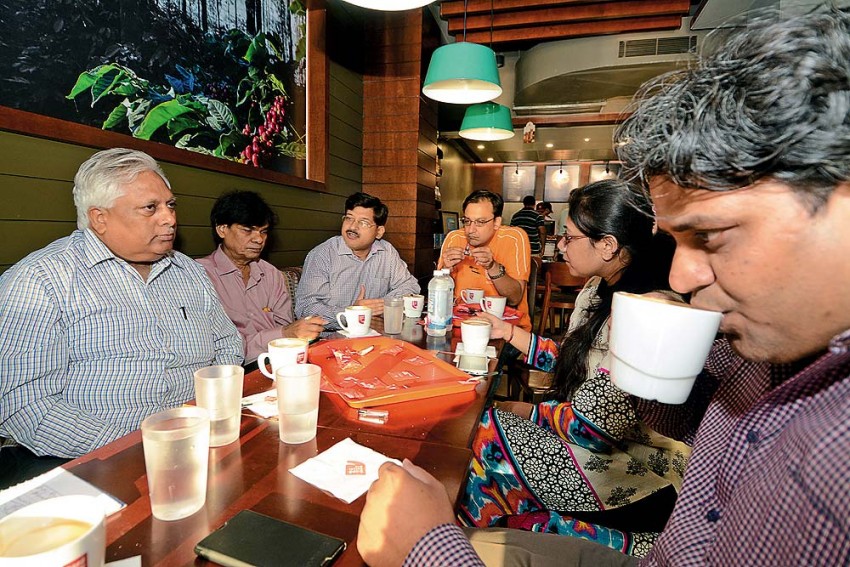 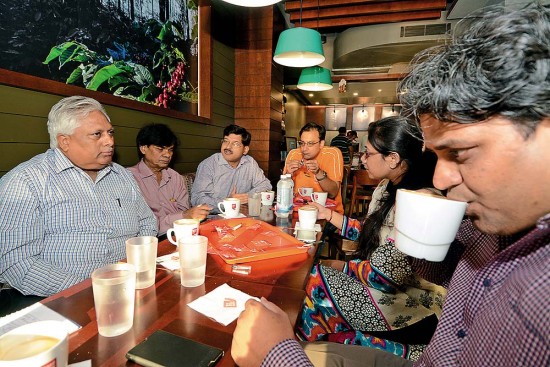 Sunday afternoon was a wrong choice of day. It meant that the popular local coffee house was full and it was left to the enterprising Vinamra Agarwal to guide the rest to the new Cafe Coffee Day in Gomti Nagar. And so our chai pe charcha with coffee.

Everyone admitted they had voted for Narendra Modi in 2014. A year on, there is unanimity that there is more rhetoric in the air than action on the ground. But they are willing to give him time, and hope he delivers on the promise that he embodied.

“Everyone expected big bang changes,” says Vinamra, director of a 42-year-old transformer manufacturing company. “But just because changes did not happen overnight, it would be unfair to dismiss Modi as a failure. He should have delivered a lot more by now, but Modi’s done his bit at the macro level. The initiatives he has taken to push Make in India merit appreciation too.”

A significant change Vinamra says being talked about in business circles in Delhi is that corruption has been curbed drastically at the policy planning level; you don’t see power brokers strolling around ministries any more. Dr Arvind Mohan concurs. “The fact that a year has passed without any major scam shows the man at the top means business when he talks of ‘zero tolerance to corru­ption’ and ‘Na khaoonga, na khaane doonga’ (will neither take bribe nor let anyone take it).

The PM’s foreign jaunts are what have left Dr Uma Shankar Srivastava unimpressed. He feels the visits are largely intended for refurbishing Modi’s image that had taken a serious battering after the Gujarat riots.

The biotechnologist also cannot hide his disappointment with the PM’s indifference to the pathetic state of India’s R&D. “In his one year in office, the prime minister may have paid a lot of lip service to India’s technology missions but his concern is betrayed by the fact that the Council for Scientific and Indus­t­rial Research (CSIR) has been headless for one full year. And mind you, CSIR is directly under the PM.” Not only that, as many as eight out of the 38 research laboratories under CSIR have been without a director. Two of these headless labs are in Lucknow.

“We are an impatient lot and we like superheroes, the image that Modi had cast for himself at the time of elections.”
Dr Arvind Mohan

Even the much-desired advancement in core areas like energy has been out of the PM’s radar, interjects Vinamra, drawing att­ention to the absence of a director at the Central Power Research Institute.

At this point, Romesh Chaturvedi, communications teacher at Amity University, introduces another angle. “I wouldn’t be surprised,” he says, “if these key positions in R&D have been kept vacant because the government has been busy looking for people with RSS roots.” The 39-year-old is now disillusioned enough to say that “Modi has deviated from his development plank and allowed lumpen RSS elements to dominate.”

Dr Krishna Gopal Dube strikes another discordant note. “I fail to understand why Modi built so much hype about India’s black money in Swiss banks without any reference to the black money with politicians, bureaucrats, ind­ustrialists and traders in India,” he says.

Caru Saxena, who so far has been listening to others, now speaks up to accuse Modi of spending his first year in office weaving more dreams while doing little to fulfil his earlier promises. The young lady is clearly unimpressed by the PM’s heroics. “Much of his action is melodramatic and aimed at imp­ressing people; be it him calling Obama by his first name or taking selfies in China.”

What everyone concedes is that Modi has established better communication, not just with foreign nations but also with different state governments. But any encomium is shortlived, as Prof Mohan returns to the various areas of neglect in the Modi government. “The government is yet to show any serious concern towards health and education, which are key areas other than industry, agriculture and human resource. Modi has taken some good initiatives but he needs to understand that we are an impatient lot and we like superheroes—the image he had cast for himself at the time of the elections,” he says, drawing a laugh from the others. The professor also doubts the prime minister’s ability to shield the government from interference by the RSS, despite being the “most astute politician” today. Everyone agrees that by turning a blind eye to the activities of lumpen Hindutva elem­ents, the prime minister is harming not just on his own image but also the party’s poli­tical interests. They cite the bjp’s poor performance in the Uttar Pradesh byelections. Hindutva elements would anyway stick with Modi and the BJP, they say, but the winning edge comes from the floating votes (largely the youth), which are not that easily swayed by ‘love jehad’ and ‘ghar vapasi’.

“Maybe Modi Will Go To West Asia In The Coming Months”