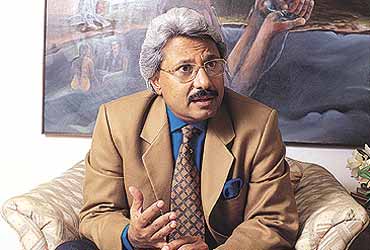 outlookindia.com
-0001-11-30T00:00:00+0553
His friends knew things were not too good with Sunil Alagh as early as November last year. That was when Britannia's Indian co-promoter, Nusli Wadia, began making regular trips to the Bangalore HQ and summoning his CEO every week to Mumbai. Alagh's critics knew things were really bad when he was spotted cosying up to UB's Vijay Mallya in South Africa during the cricket World Cup. The rumour was that Alagh was negotiating a job with UB. (Sources in UB contend there's nothing like that in the air.)

Finally, a few weeks ago, the Britannia board sacked him. This, despite Alagh's intentions of leaving the company once his contract expired in February 2004. The exit sent shock waves within Indian corporate circles. But even after so much having been written on the Alagh-Wadia face-off, there are still a number of simmering questions that remain unanswered.

Why did Wadia get rid of his CEO in such great hurry especially since Alagh is perceived to be the main force behind Britannia's recent successes? Why did Danone, the French partner, support Wadia although Alagh was a known Danone man? Why did Wadia trump up such frivolous charges of corruption against Alagh? Why is Alagh not responding to these charges? Finally, was there some other reason why Alagh had to go?

Outlook spoke to Britannia managers, people close to both Alagh and Wadia, and company watchers to ferret out the truth. (However, attempts to speak to Alagh or Wadia proved unsuccessful. Alagh's daughter, Sanvari, said he was not talking to the media.) What we found was a saga that involved egos, family members, friends and corporate manipulations. A power game between a promoter and a professional CEO, a drama that panned out due to individual fears and apprehensions.

Apparently, over time Wadia had realised that outsiders were seeing Britannia as a one-man show. "It's a splashy company and Alagh was its face," says Preeti Manerkar, an FMCG analyst at HDFC Securities. Alagh took all the critical operational decisions and had shaken up a company associated with staid biscuit brands—like Goodday, Marie and Bourbon—by launching Pure Magic and Tiger. The latter brand, says Sundara Rajan, CEO of a market research firm that works with Parle, Britannia's competitor, is neck-and-neck now with Parle's glucose biscuit.

All this didn't go down well with Wadia who wanted a say in running the company and, at some later date, get his son, Jeh, on board. (Wadia has said there is no such move.) Sources also reveal there were a few problems between Alagh and Wadia's wife, Maureen. An indicator: Alagh had been a judge at the Gladrags mega-model contest, organised by Maureen, for years. This year, the Britannia representative on stage was coo Nikhil Sen.

Wadia had decided that Alagh had to go. And he wasn't willing to wait even a few months. But there was a problem. Before he could act, Wadia had to convince Danone since the latter backed Alagh. (Alagh was instrumental in cajoling Danone to join hands with Wadia.) That's how the idea of an audit against Alagh was born. The rationale being that an image of a corrupt CEO would wash well with Danone.

Sources in Mumbai say that one needs to understand the mindset of the French company to realise why it acted against a so-called corrupt CEO. Danone runs its ship tightly and executive expenses are controlled and accounted for. For instance, Danone managers visiting India return unspent forex, unlike Britannia's Indian managers. If confronted with evidence that the CEO had wasted company's funds, Danone was likely to support Wadia.

Apart from being a successful CEO, Alagh was also flashy, flamboyant, with friends among the Page 3 crowd in Bangalore, Mumbai and Delhi. So it's likely that he helped his friends in some way, as is common with most Indian CEOs.An internal audit report, which was recently leaked to the media, did find that Alagh probably favoured ad agencies, media houses and ngos run by his friends.

For instance, Britannia paid Rs 8.14 crore to ad film maker Prahlad Kakkar (over three years) to make films. The audit report says there was no competitive bidding and that a few films featured Kakkar's son. Three of the films were also not released. But Kakkar says it's all above board. "I have worked with Britannia for 25 years (and) my relationship with the company precedes Alagh," he told Outlook. In fact, in the last 10 years, Kakkar says he's made half of Britannia's ad films and at lower-than-market rates.

Although Kakkar admits he is a close friend and launched Alagh's wife, Maya, in an ad for Promise toothpaste, he says that Maya's work never influenced Alagh's sponsorship decisions. In fact, Britannia got cheaper ad rates in serials like Noor Jahan, in which Maya had a role. Alagh's proximity to another film director, Sanjay Khan, has also been questioned. (Khan did not return phone calls to his Bombay and Bangalore offices.) But the allegation against Alagh is that Britannia gave Rs 2.12 crore in advance to sponsor Noor Jahan and although the serial got delayed, the advances kept coming.

Then there are the minor charges. That Alagh hosted a party for the marriage of his friend, Kiran Mazumdar Shaw of Biocon, and the bill of Rs 1.39 lakh was paid by Britannia. He purchased works by local artist friends like Yusuf Arakkal. But Alagh's friends contend that many of these allegations are flimsy—like the one about a Rs 630 bill from where Alagh's name has apparently been scratched out.

One can get a glimpse of how desperate Wadia was on the basis of this anecdote. The owner of the Mumbai-based Mela restaurant, where Alagh allegedly had a private party and billed it to the company, was quizzed by an audit person this March about a Britannia billboard displayed on his premises. Where did it come from? Who gave permission to use it? Has it been paid for? In reality, the billboard was just being used as a kitschy decoration in the dhaba-style restaurant.

But that was hardly a problem. As long as there was indicative evidence, Wadia was sure Danone would support him. To remove Danone's fears that he might appoint his son as CEO, Wadia agreed that a Danone representative should become the new chief. Alagh's fate was now sealed, there was no way to fight back. And anyway, he realised that picking a fight with the politically-connected Wadia could land him in greater trouble.

But even with Alagh out, Wadia's problems are hardly solved. Equity analysts have already downgraded Britannia scrip. There have also been tensions between Wadia and Danone. The French partner wishes to bring in its global brands into the Indian market. During Alagh's regime, Britannia had pitched itself as a mass player and said no to launching such expensive brands. Wadia too has not been keen to invest in Danone's portfolio.

In fact, Danone has now launched its brands through a wholly-owned Indian subsidiary. Now with a Danone guy in charge of Britannia, wouldn't the French firm push its case? Nikhil Sen is confident that there are no problems on this front. "Both the promoters work very closely with the Britannia management and extend all the support required in fulfilling the company's objectives," he says. But then that's what was said about the Alagh-Wadia-Danone combine. And that cookie crumbled quite fast.

Saumya Roy In Mumbai And Archana Rai in Bangalore