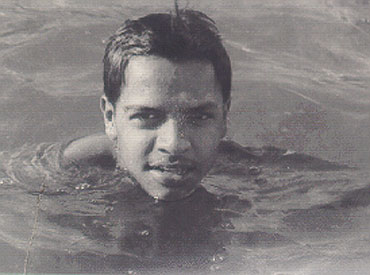 outlookindia.com
-0001-11-30T00:00:00+0553
Four months before I turned thirteen, the Nizam of Hyderabad refused to sign the Instrument of Accession, and Hyderabad changed overnight. Qasim Rizvi, the leader of the Razakars, held a meeting at Fateh Maidan. He drew a huge crowd. We bicycled 12 km from our home in the British cantonment to hear him. He spewed venom at the government of India and the "cowardly" Hindus. It was scary, but luckily for us, we lived next door to Delhi's envoy K.M. Munshi, who had a security force of 300 Kumaonis to protect him.

At home, the dinner table became a combat zone for various ideologies. My father, a photographer who had a studio next to Deen Dayal's in the British cantonment, was very Gandhian. My eldest brother had communist leanings. The second brother was into the RSS. It was he who insisted that I go for drill and exercises with RSS volunteers. Meanwhile, a schoolfriend, Omar, who lived next door, had joined the Razakars. His exercises finished earlier than mine, so he would come and wait for me at the RSS shakha, and then we'd go off together to play football. But a few months later, things changed. Omar came to school one day with a Rampuri knife dangling from his belt. The teacher asked him to go out, but Omar refused, threatening to kill him. Soon after, he disappeared. I never saw him again.

Our school was Mehboob College, one of the first modern English medium schools in Hyderabad. The principal, M.S. Potheeswaram, was very nationalist and insisted we all sing the national anthem every day, even though the Nizam's government disapproved. Classes went on without much disruption, despite the trouble in the city. And I continued to play hookey every Thursday afternoon to watch films. In the hall I often bumped into my chemistry teacher. We exchanged knowing glances. The blockade proved a bonanza as far as films went: cinema owners started digging out old classics from their godowns and I got to watch classics I would have never seen otherwise.

But the blockade also meant shortages of everything, and it was my job to stand in cues for rationed food, waiting sometimes for 12 hours. There was no wheat and we had to switch to jowar rotis. 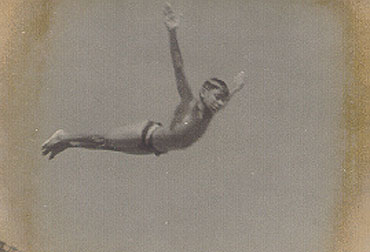 The family was also into sports, and I had taken up boxing and wrestling, but gave up when I was knocked down by my older brother. Instead, I turned to swimming, entering that year for district championship. I also made my first film around this time, with a 12 mm hand-cranked camera that my father used to make home films which he inflicted on guests. My film was called Chhuttiyon Mein Mauj Maza (Fun and Games on Holidays), starring everyone in the family. It was about a boy who gets lost during a picnic and is found after a long search.

On the day the Nizam's army surrendered, we went to watch the Indian army marching into the city. My father came along to take photographs. It was a memorable sight: the natty Major General J.N. Chaudhuri marching in with his men, while on a parallel road the Nizam's army retreated in trucks with white flags. The crowds greeted them with Inquilab Zindabad, and ran across to the Nizam's battalion hurling stones at the retreating trucks. A rock hit one of the retreating soldiers in the head and he started bleeding. We had just moved from medieval India to modern India—a journey of nearly 500 years accomplished in a little over a year.

'It Was A Defining Moment, I Went To Art School'