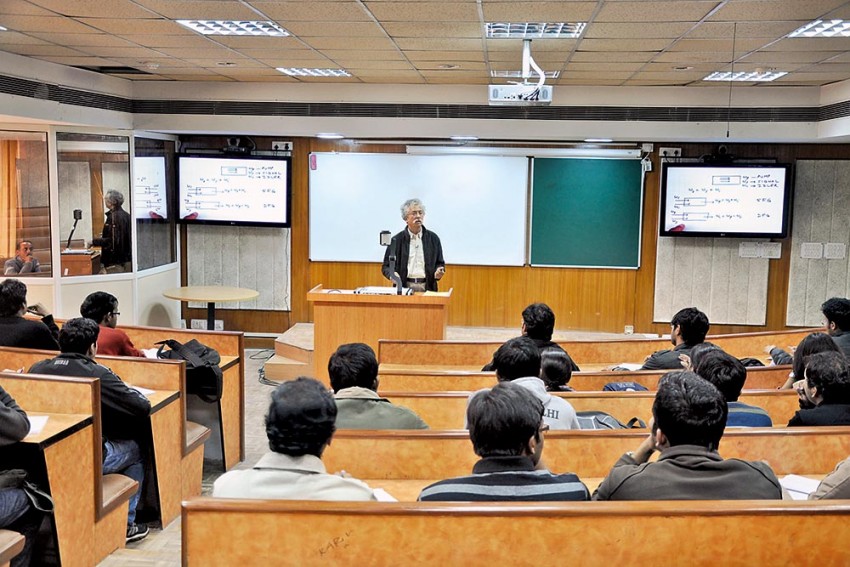 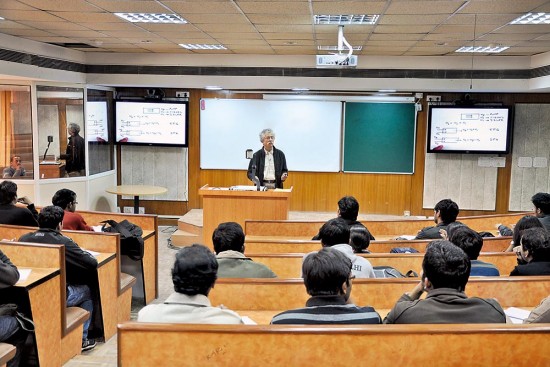 It’s rare for pedagogy to get a technical overhaul in one go. The brick-and-mortar classroom was probably never in threat, but online education has made its presence felt pronouncedly over the past decade. Understandably, exi­sting metrics were applied to gauge the efficacy of the virtual classroom, but how relevant are the methods in a developing nation like India, which is still struggling with a basic like internet penetration?

A short background of MOOCs (Mas­sive Online Open Courses) would begin with long-distance correspondence courses which flooded the US and Eur­ope at the end of the industrial revolut­ion to enable more hands on factory floors. The late ’60s saw the first open university in the UK; then, in the ’90s came CD-ROMs, which made it easier for educators to use more interactive material.

The first MOOC is said to be ‘Connectivism and Connective Knowledge/2008’ or CCK8, made by Stephen Downes and George Siemens at the University of Man­i­toba. They used Facebook groups, Wikipedia, blogs and forums to teach the 2,200 people who had signed up.

Over the past decade, MOOCs have flourished, with a 2017 study by KPMG and Google predicting India’s online edu­cation market to be worth $1.96 billion by 2021, with 9.6 million users—six times the 1.6 million who signed up in 2016.

However, a successful education model is born through a struggle to establish itself. A flurry of res­ea­rch has pegged the course completion rates for MOOCs at not higher than 15 per cent. A 2016 article published in SAGE by Papia Bawa referred to a rese­arch paper from 2010, which sought to establish that “online courses have a 10 per cent to 20 per cent higher failed/retention rates than traditional classroom environments”. The reasons have their roots in the cultural and psychological to the cognitive.

Those within the Indian online edu­ca­­tion sector told Outlook that the tra­­­­ditional ways of looking at course completion need not apply in a market which is in flux and is trying to adapt to shifting needs.

Raghav Gupta, director, APAC at Coursera, says, “We see a course completion rate in the 60 per cent ballpark.” Coursera, founded by Harvard professors Andrew N.G. and Daphne Koller, is one of the largest MOOCs offering 2,500 courses and has links with Princeton and Standford, among 160 others, which provide content on their platform. Gupta INS­ists, though, that “course completion is not the primary objective and it is not the only metric that should be focused upon. I would say around 60 per cent is a healthy completion rate. Of course, if online is a part of formal cour­ses in universities, this number will go up.” Gupta adds that those hitting Coursera online have “3-4 broad objectives”. The platform has free courses where users can interact with the material and Gupta says there are those looking to underst­and topics like ‘blockchain’ or ‘machine learning’. “A learner comes to our plat­­form and registers for a free course. If it is for 15 hours, they might spend two-three hours on it and understand it is not for them and do not complete the course.”

Of course, there are those who pay, or professionals whose companies do the needful. “If I’m already 15 years into the industry from a top university I may not be looking to complete the course beca­use that is not my objective,” explains Gupta. He says the third set of people pay and want to complete the course so that they “can put it up on LinkedIn for career advancement. The point I’m trying to make is learning is not equal to completion. People come to our platform firstly to explore and learn,” he says. 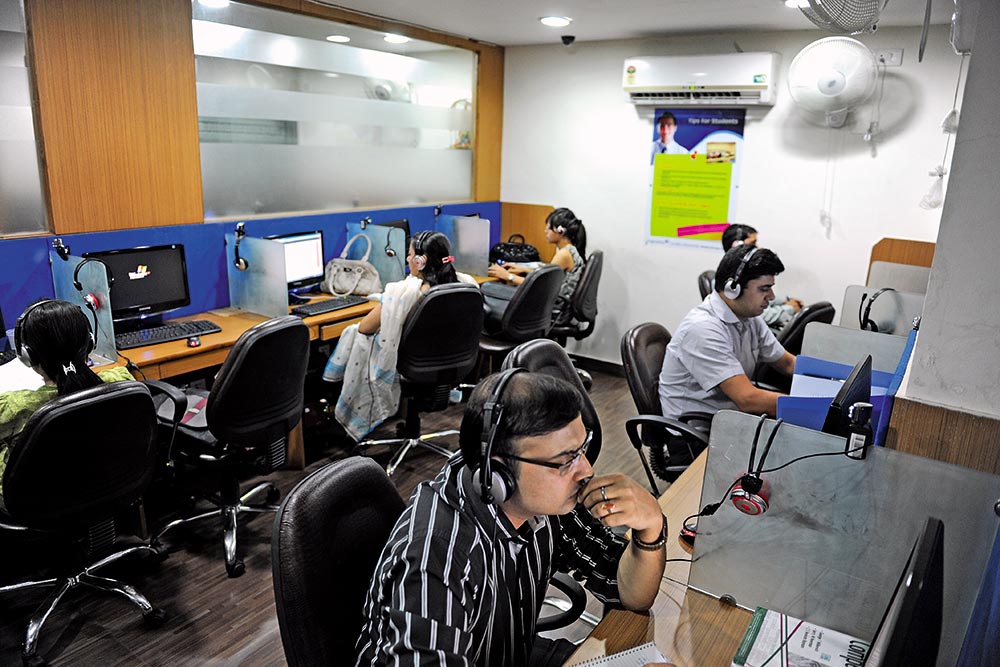 Ishan Gupta is MD of Udacity India, the other large MOOC. He says their mission is to “create more and more qualified and  happy graduates”. He says Udacity, founded in 2011, engages students and pushes for graduations through “mentorship, project reviewers, data-driven insights to improve our student service, peer learning group, constant feedback process etc. As a result, we have seen over 27,000 graduations globally,” he adds.

Gupta says the company believes in a “learn by doing model and make eff­ective use of technology in creating hands-on experiences”. Udacity tracks student performance using different metrics and try pre-empting their learning concerns, constantly taking feedback. “Every Nanodegree student has acc­ess to mentorship, peer learning group, project feedback from 800+ expert revi­ewers across the globe. Every time a student submits a project, it gets picked up by an expert reviewer, who then assesses the project according to the rubric and provide detailed feedback,” he adds.

Aside from the big sharks, there are pockets in the online edu-tech sector which require more focus and rely on academic rigour with smaller batches of students. Nitin Pai, co-founder of the Takshashila Institution, a think-tank which offers degrees in public policy, says that they have “very high completion rates across our courses—crossing 75 per cent in many cases.” Pai says those who dropped out did not expect the “very rigorous academic standards, as we benchmark our curriculum to those of the world’s best public policy schools.” He mentions three reasons why completion rates are high: motivated students, flexible course structure and ‘social’ learning. Their courses attract those who are “highly motivated and passionate individuals who are driven to make a difference in the social sector. They’re not merely looking for a certificate.” To make it more flexible for working professionals with families, Pai says applicants can defer the course or individual mod­­ules for a year. “Although participation in live webinars is highly recommended, we make recordings available. Finally, our courses involve social lea­­r­­n­­ing, wherein students learn as much from each other as they do from faculty,” he adds.

The NPTEL (National Programme on Technology Enhanced Learning) is an initiative by seven IITs to promote online learning through video and web courses. Professor Kannan Moudgalya at IIT Mumbai says definitions of course completion are ‘loose’. The programme, funded by the MHRD has 510 remote centres in engineering colleges across the country where students can go on designated days to ask questions. Moudgalya says nearly 45 lakh students have benefited from the initiative.

He says that NPTEL was initially meant for only for web courses. Then Union HRD minister Arjun Singh asked them to do video courses. “As it turned out, hits on video courses was three times than the web courses. NPTEL started with a complete set of courses in five UG engineering disciplines. I would say it is the best in the world. Now, they have 900 courses and all these have been converted to the MOOCs platform,” Moudgalya says.

Competent teachers, says he, are burdened with excessive work and technology helps an average teacher to become a good one. He also says that “technology can give an outsanding experience at a low cost”, mentioning a programme called ‘Ask a question’ they have for electrical engineering and physics related problems. “People come in and ask questions, let’s say, for one hour a week.... Again, this is live and can be expanded and since it is free anybody can ask a question. And if an IIT professor is answering it, it can be saved for the authenticity,” he says.

Moudgalya says that India has bright students who need the right content for their needs. The care taken at NPTEL bears the results. “If you make ordinary material, 10 people watch it. If you make it 10 times better, 1,000 people will watch it,” he says, mentioning that the biggest challenge involves making content available for students who “don’t have access to teachers, (so that) we can improve their employment potential”.

Aside from the aforementioned, Ind­ia’s online education market has several players looking at enhancing academic skills, from the under-gra­duate to the post-graduate level and bey­ond, along with skills related to policy and even linguistics. However, a study by Harvard and MIT in 2013 made a dire prognosis. It said “course certification rates are misleading and counter-productive indicators of the impact and potential of open online courses”. It cited unregistered users viewing cour­ses, large-scale free enrolments and said the pressure of increasing such rates may diminish their impact. Learning and exploring seem to be the focus for now in a vibrant space. The defined metrics of course completion rates may yet turn out to be mere relics of how we looked through an exclusiv­ely brick-and-mortar prism.