The CBI chargesheet in the PF scam has three strange omissions 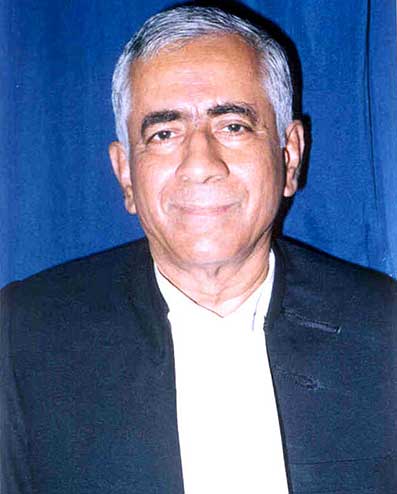 Before he died in jail in rather mysterious circumstances, Ashutosh Asthana, the main accused in the provident fund scam at the the Ghaziabad district court, had named 33 judges as beneficiaries. A court clerk, Asthana is alleged to have illegally withdrawn provident fund money of lower-level employees and, according to his  statement to a magistrate, passed it on, among others, to the judges. This was on since 2001; annual withdrawals averaged Rs 34.56 crore. But the 58-page chargesheet filed last week by the CBI—to which the case went in September 2008, after the Uttar Pradesh police was seen making little progress—makes three notable exceptions: Justice Tarun Chatterjee, then a sitting judge of the Supreme Court; and Justice Subhash Aggarwal and Justice Subhash Chand Nigam, both former judges of the Allahabad High Court. These judges had all been named in the statement.

“Permission to arrest a judge will never come. They will simply be sent to some distant posting.”
Hosbet Suresh, Ex-judge, Bombay HC

Former judges and votaries of transparency in the judiciary are shocked. “Justice Tarun Chatterjee should have been the first.... Why is there no reference to him?” asks Hosbet Suresh, a former judge of the Bombay High Court. “He neither figures in the chargesheet nor in the list of people against whom there are no charges. So where is he?”

J.S. Verma, former chief justice of India and an ardent campaigner for the judicial accountability bill, says, “The Supreme Court is the highest institution to which people come for justice. So if any judge, serving or retired, figures in a case, his name has to be cleared to maintain the sanctity of the court.”

In his statement, Asthana had said he used money from an illegal withdrawal to buy two Voltas air-conditioners, which were delivered to Justice Chatterjee’s house in Calcutta. The bills were in the name of the judge’s son. He also alleged that he had arranged for some carpentry work to be done at the judge’s house and supplied the judge with some expensive cellphones.

“Judges are treated as one up compared to other citizens. The PF scam is shocking and shameful.”
J.S. Verma, Former CJI

While the omission of these senior judges from the chargesheet is glaring enough, considering they were named by an accused—itself an extraordinary event—it isn’t as if the investigation has found much against the other judges named. According to the chargesheet, only six of the 33 judges named by Asthana are actually implicated in the case. The rest, says the CBI, were involved through “acts of omission and commission” but there’s no clinching evidence to initiate prosecution, so a report has been sent to the “competent authorities” for suitable action. This is surprising, because the CBI investigation largely corroborates what Asthana alleged.

The six judges the investigation agency’s chargesheet does name are: R.P. Yadav, R.N. Mishra and A.K. Singh, all former judges of the Allahabad High Court; and R.P. Mishra, R.S. Chaubey and Arun Kumar, all district judges.

The investigation has found that money fraudulently withdrawn was used for paying the judges’ personal bills—including grocery bills, and in one case, even dowry. “Imagine! Judges in a CBI chargesheet!” says Justice P.B. Sawant, a former judge of the Bombay High Court. “This is quite clearly a case of misappropriation of funds. Corruption has no place in the judiciary. This has not only affected the reputation of the judiciary, but also the faith reposed in it by several crore people.”

“Imagine! Judges in a CBI chargesheet! This affects the judiciary’s reputation and also the faith reposed in it.”
P.S. Sawant, Ex-judge, Bombay HC

There is much anguish and anxiety about what course this case, now in prosecution stage, will take. “The point is, no one can arrest a judge directly. Permission has to be sought from the chief justice and it will never come through,” says Justice Hosbet. “They will simply be sent to some faraway posting. Take the case of Justice Dinakaran. There are  allegations and a whole inquiry against him, and still  he’s been sent to Sikkim. Without proper accountability, I doubt if any case against judges will reach a conclusion. Where are we headed?”

The Ghaziabad provident fund scam is also being made out as a test case in the as yet slow journey towards judicial accountability. “Members of the judiciary are treated as one up compared to other citizens. There’s a lot of hope and faith reposed in them because they are considered carriers of truth and fair opinion,” says Justice Verma. “Of the provident fund scam, all I can say is that it is shocking and shameful.”

The CBI, on its part, refused to comment on the case or its investigations as the matter is sub-judice and likely to come up before a monitoring bench of the Supreme Court. But with the main accused dead—officially, Asthana is said to have committed suicide—there is no telling what will come of the case.