Country Of The Blind

India’s poor need a leg up. Our venal, self-serving politicians deny it to them. 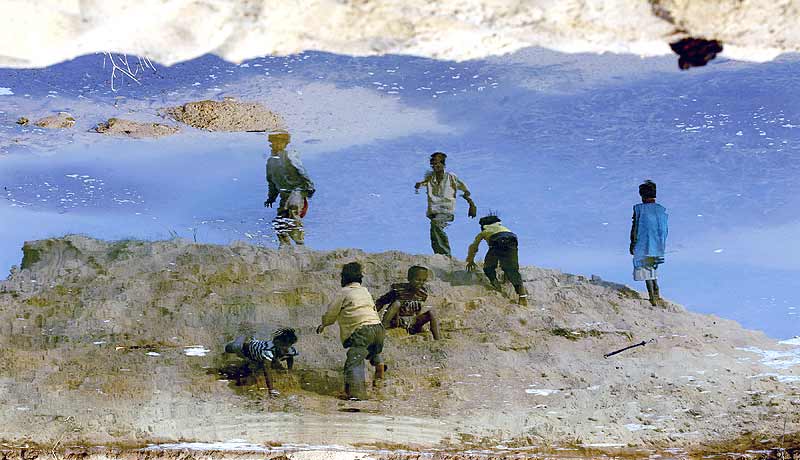 The national conversation in India is focused on the poor quality of government and politics in New Delhi, on the declining rate of economic growth, and, of course, on corruption in high places. These are all important concerns. When viewed from outside, however, the quality of government in India is not all that bad—India’s economic growth is still quite respectable; and corruption, oh well, there is indeed plenty of it in India, but nothing in India can compete with the colossal wealth amassed by the family of China’s former premier, Wen Jiabao. As India looks ahead and moves forward, the national conversation also needs to focus on the recurring failure to share the fruits of development with the bottom half of our population.

Brisk economic growth over the recent decades has not been shared: economic inequality in India has widened and poverty has only come down slowly. India’s leading policymakers do not find growing economic inequalities disconcerting, because they either believe these are still modest by global standards, or that these trends are inevitable with growth. It is surely a fact that India is still not as unequal as large parts of Latin America or even China. However, it will be unwise to take comfort in such global comparisons. Political tolerance for inequalities varies across societies. New inequalities are also always more irksome than old, established ones. Class inequalities may be less politically damaging in India—in part because they do not readily accumulate across diverse regions—but both regional inequalities and inequalities across the rural-urban divide can become readily politicised within the framework of a democracy. There is also nothing inevitable about growing inequalities. Yes, inequality is also growing in China but, with left-of-centre governments in power, such inequalities are now declining all over Latin America. Whether inequalities worsen or improve depends on government policies. Indian governments in the recent past have not invested enough in agriculture, or in India’s poorest regions; these omissions have contributed to growing deprivation. There is nothing inevitable about such policy choices.

High rates of poverty and low levels of human development underline the failure of inclusive development in India. Global comparisons make the issue starker. Whereas 13 per cent of China’s population lives below the World Bank standard of poverty—below $1.25 a day, income adjusted for purchasing power parity—and only six per cent in middle-income Brazil, the figure for India is a staggering 33 per cent (in 2010). India’s literacy rate is well below that of China and Brazil, as is its life expectancy. Of 1,000 live births, some 50 children die in India as infants, while only 17 do in China and Brazil. The most heart-breaking data to come out of India concerns weight-for-age malnourishment of children: while five per cent of children below the age of five are malnourished in China (only two per cent in Brazil), some 44 per cent of Indian children remain malnourished; this compares with Sub-Saharan Africa’s average of around 25 per cent. No decent society should rest easy when nearly half its children remain undernourished.

The powerful devise a variety of ways to insulate decision-making from popular pressures. Our national parties also converge on economic programmes.

A variety of well-known causes has produced these failures of inclusive development, most of which originate in failures of the state. Unlike in China or Korea, land reforms in India were poorly implemented; land redistribution seldom benefited the tiller. India’s neglect of primary education is also well known. Neglect of female literacy has especially had serious consequences, both because educated women tend to have fewer children and because they take better care of them. The recent pattern of rapid economic growth has failed to create enough new jobs to make a serious dent into poverty. Growing inequalities have also retarded the trickledown impact of rapid growth. To be fair, with buoyant public revenues, the Indian state in recent years has renewed efforts to improve primary education and to create jobs for the poor via public works programmes. An effort is also under way to rethink how to improve the effectiveness of various government programmes that are aimed at helping the poor, but which seldom do. Unfortunately, much of the ‘new’ thinking in India on how to benefit the poor is ‘defeatist’ in the sense that, after years of public sector failures, the pro-business ruling groups in India seem to have no confidence in the state’s constructive role. Instead of any serious effort to reform the state’s capacity, the ‘new’ solutions all tilt towards strategies with minimum involvement of the state: cash transfers, private schools and private health provision. While the tendency to make virtue out of defeat is pervasive in India, it is unlikely that the well-being of poor Indians can be improved rapidly without effective public provision of services and jobs. This effectiveness can only be improved with improving the downward reach and the quality of the state. 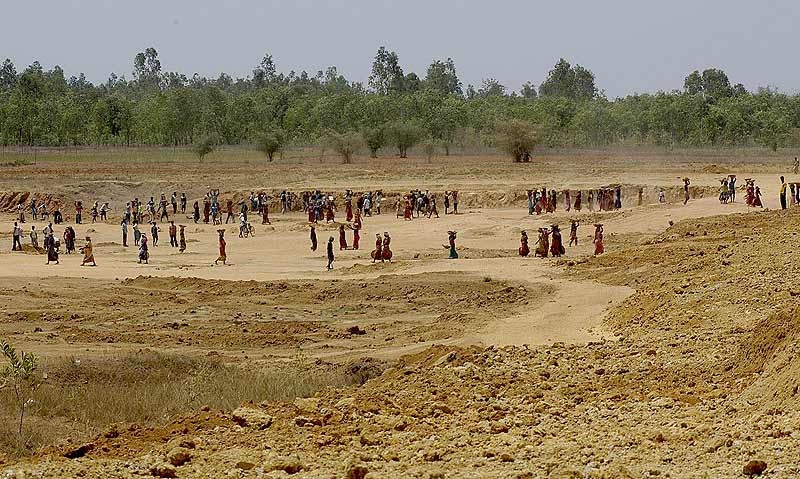 An NREGS project near Lalgarh, Bengal. Poor Indians need public provision of jobs more than ever. (Photograph by Sandipan Chatterjee)

Given India’s well-established democracy, one might expect that, sooner rather than later, the poor majority will express its electoral will, successfully tilting the Indian state in a pro-poor direction. This is not all that likely or, if it comes to pass, it will do so only after considerable struggle by the poor. Power of numbers has never readily equalled the power of wealth, even in well-established democracies. This is because the rich and the powerful devise a variety of institutional mechanisms to insulate substantive decision-making from popular pressures. Notice that our major national parties increasingly converge on economic programmes, prioritising private sector-led growth at the expense of redistribution. Once in power, the ruling elite want all those who voted for them to leave them alone, to quietly pursue pro-business policies. Some pro-poor policies are adopted, those that might create electoral support, but very little effort goes into implementation. Much political drama then revolves around fairly superficial debates about who is more or less corrupt, while in fact much of the political class is guilty. Of course, none of this implies that those at the bottom will simply accept these efforts by the powerful to exclude them from effective power and economic gain. The downtrodden not only participate actively in the electoral sphere, but repeated exclusion also leads them to participate in various forms of protest politics: anywhere from the violent Naxalites to desperate farmer suicides.

There appears to be a profound failure of imagination at the apex of the Indian political economy. It is in the nature of the economic elite that they will pursue their narrow economic self-interest. Others must ensure that the wealth generated is shared fairly. The real failure in India is then of the political class. Winning elections and maintaining high rates of economic growth are their main preoccupation. When economic growth decelerates, the panic in the political class is evident; the only creative idea at present is to let foreign retailers come in, as if some more foreign investment will cure India’s ills. None of India’s major political parties have a medium- to long-term vision of how to genuinely incorporate nearly 400 million very poor Indians so as to transform India into a dynamic and coherent political economy. The answers are not easy. The tragedy is that India’s political class is not even focused on these longer term issues. If the political parties do not offer leadership, others in society must keep attention focused on the problem of inclusive development and on its possible solutions.

Atul Kohli is the David Bruce Professor of International Affairs at Princeton University. His most recent book is Poverty Amid Plenty In The New India (Cambridge University Press, 2012).