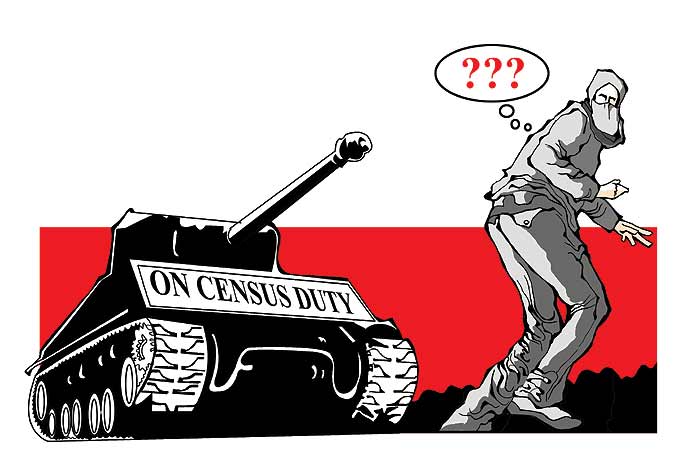 It has all the potential to disturb the fragile peace in the Kashmir Valley. The so-called ‘census’ by the security forces in Sopore, north Kashmir, has been the cause of much resentment among the local population. Over the past four weeks, soldiers of the 22 Rashtriya Rifles have been spreading themselves across Sopore town’s City Colony, Noorbagh, Chinkipora, Batpora, Baghat and Shalimar Colony areas, summoning the mohalla elders, handing them ‘census forms’ and giving orders to return them filled. The two-page, multi-column computerised forms have about 40 questions that include names of family members, their age, qualification, occupation, marital status and phone numbers. There are special questions for former militants, who are asked to provide their photographs as well. Traders too are under the scanner in this apple town—the army has visited various markets and photographed shopkeepers.