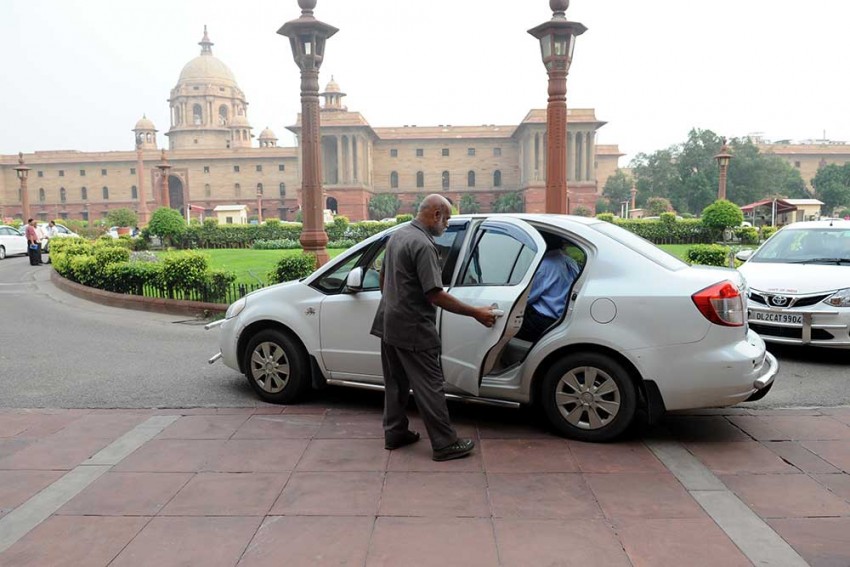 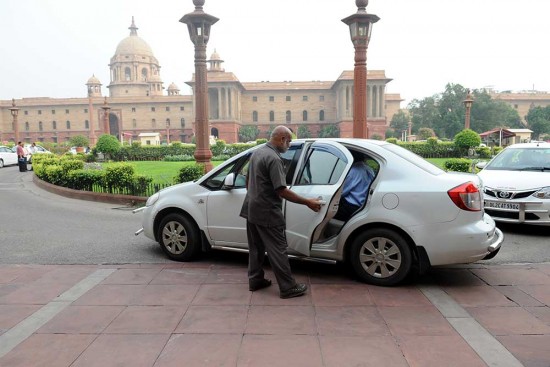 On being transferred to new posts in the capital earlier this year, at least five top bur­eaucrats refused to ride in the cars used by their predecessors. The cars had to be refurbished, while they used their private cars. In Delhi’s Vasant Vihar or Noida’s Sector 15A, the letterboxes outside the bungalows are a giveaway—most names on it are of retired bureaucrats who must have got the land cheap. And insurance CEOs let on in private that the CGHS—the lifetime health cover for bureaucrats and spouses—is the best of its kind in India.

That’s a sample of the benefits that go to India’s 10 million government servants, perhaps the most privileged of the salaried class, who have been given another pay hike in the recent decision to implement the Seventh Pay Commission recommendations. Many could well be among the most well-off public servants in the world, given the numerous perks, hidden and open, that they get. Is this fair? As jobless growth gets identified as the biggest problem of the economy—12 million jobs have to be added annually—these questions are being asked more and more. Indeed, for the millions looking in from outside, a central government job is worth its weight in gold. The clout of IAS officers is so visible, after all.

The tendency of IAS officers to grab more—more posts, more privileges—for their cadre also brings them into growing conflict with bureaucrats from allied services and state services officers who don’t enjoy similar perks. In comparison, teachers or health service officers, for instance, get a poor deal, as do other government employees who provide essential services.

At the entry level, the government of India offers the cushiest, most secure and well-paying job, with salaries 27 per cent higher than comparable jobs in the private sector, says a recent report by consultants Aon Hewitt. This, of course, changes substantially for officers and gets inversed at the higher levels, but that is relevant only to a small number of people on both sides. No wonder it doesn’t go down well with most bureaucrats or former-­babu-­­turned-politicians.

“Not just the IAS but all central government services are much less paid compared to the public sector and certainly the private sector. For instance, in the revi­sed pay scale a secretary to the government of India at the end of his career will get around Rs 30 lakh per annum. What is Rs 30 lakh compared to Rs 1-2 crore in the private sector?” observes former finance minister Yashwant Sinha of the BJP. Surely bureaucrats go through a difficult process of selection and become a secretary at the end of a long career, but are they really so bad off?

Not so, says M. Krishnan, secretary-­general of the Confederation of Central Government Employees and Workers, pointing out that unlike in the private sector, government employees have the security of pension, which is 50 per cent of the last salary drawn. There is also the dearness allowance (for pensioners, dearness relief), revised twice a year to compensate for inflation—a provision not available in the private sector.

“Politicisation of the civil ­services may look attractive to the ruling party in the short term, but it will erode their long-term credibility.”
E.A.S. Sarma, Former power secretary

“Though the salary package may be higher in the private sector at the higher level, they don’t get many benefits available to a bureaucrat such as power, access to decision-making, social status, dearness allowance, free life-long medical facilities, house or HRA, TA, pension, family pension (for widow/widower) and gratuity,” says Krishnan. In the midst of firming up plans to agitate for a better deal at the entry-level and for lower-level employees, Krishnan points at the huge gap within the government sector with top retired officials landing plum posts in government or private organisations and boards of companies, or setting up consultancies.

Manish Sabharwal, chairman of manpower providing company Teamlease, argues that since not many in the government deliver, there has to be a performance-linked review. “The government should move to CTG (cost to the government), just like corporate India has moved to CTC (cost to the company),” he says. “It is an overdue reform. If you inc­lude the cost of the house and other benefits top bureaucrats get, they are not really underpaid.”

Many, including some retired bureaucrats, think it is time India adopted the corporate practice of linking remuneration to a performance review of bur­eaucrats, or else the percentage of non-­­performers would only grow with no check on malpractices.

Suhaib A. Ilyasi, editor-in-chief of Bur­ea­ucracy Today, agrees that bureaucrats, particularly IAS officers, are a privileged lot, but warns that “if bureaucrats are paid less and not appreciated enough, they could succumb to corrupt practices. Many of our bureaucrats are corrupt and it is easy to play with their integrity.” Paying bureaucrats a good salary could be a way to help India shed its high-corruption tag, which is because the layperson has to pay bribes right from the clerk level onwards for any work with the government.

While most bureaucrats are described by their retired peers as being driven by their individual goals to reach a certain position, some admit that the position comes with a certain status and powers that ensures their “personal work gets done quicker than in normal course”. Even many honest bureaucrats accept this out-of-turn service as their due.

Contrarily, many observe that being a bureaucrat also comes with certain disadvantages as they are vulnerable to allegations that could make their position awkward at times. Falling foul of political masters has been known to carry heavy penalty as seen during the UPA and also the NDA regime.

Observers describe the bureaucracy under the present political dispensation as a “faceless system” with top officers shoved into the background. In the normal course, many top bureaucrats with influence in the policy-making space and access to poli­tical authority enjoy the sort of clout that would put the powers of a top boss, vice-chairman or vice-president of an MNC in the pale. Even the sight of corporate bigwigs waiting patiently or hanging around for an audience with top bureaucrats is nothing out of the ordinary.

Over the years, the government’s quest for global expertise has seen lateral entry of consultants into government organisations, mostly on pay scales at par with bureaucrats, and they wouldn’t be doing it if it was a bad deal, proving that the bureaucrat’s perks makes a big difference.

Turning again to performance-linked remuneration, who can disagree with a system that serves up bureaucrats who deliver? “The Pay Commission recommendations on hiking civil servants’ salaries will serve their purpose only if the government simultaneously undertakes civil services reforms to enhance their public accountability, render their performance merit-based, professional and apolitical,” says former power secretary E.A.S. Sarma. “Politicisation of the civil services may look attractive to the ruling party in the short term, but it would erode their long-term credibility and discourage genuine investors from investing in India.”

At the end of the day, the proof of the pudding lies in what kind of privileges bureaucrats gravitate towards. “I have seen bureaucrats with powers behave much the same in other countries. But, unfortunately, the privileges they enjoy lead them to opt out of the public system—transport, school, hospital—which they are in charge of crea­ting and ­maintaining,” says activist Harsh Mander. That, for all the fig leaves around performance and parity, is the saddest indi­ctment of a rich, walled garden.