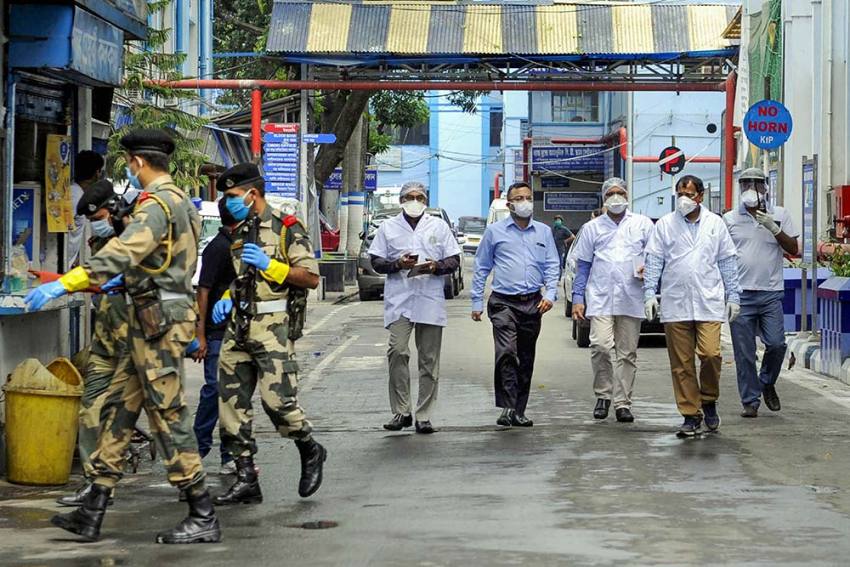 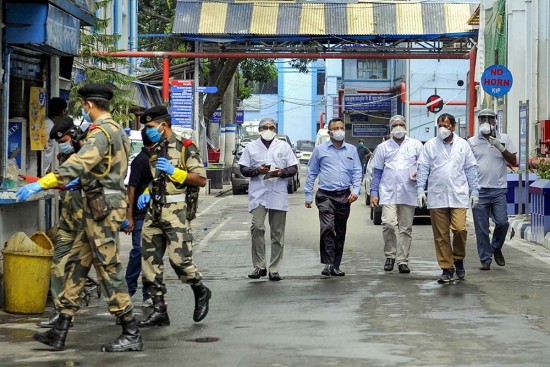 Even as the rest of the country followed a strict COVID-19 lockdown, the laxity in Bengal, and Calcutta in particular, was striking after some days: meat, fish, paan and sweet shops were doing brisk business, some taxis were allowed to ply and people thronged markets. The police, mostly, were passive enablers. Laxity in surveillance and testing, too, was glaringly apparent. The Mamata Banerjee government’s efforts in downplaying the spread was equally remarkable: contrary to the global practice, Bengal decided to not count COVID-19 deaths due to comorbities as part of the total death count. Add to that the tell-tale non-cooperation towards the inter-ministerial central teams (IMCTs) that arrived in Bengal for a review. All these had, over the past weeks, resulted in a battle between an alarmed Centre and a defiant Mamata; particularly severe is an epistolary tussle between governor Jagdeep Dhankhar and the CM. The fight has now reached a new height as both sides issued fresh accusatory salvos.

The two IMCTs that were here to audit the state government’s performance in containing the coronavirus spread returned to Delhi on May 5. ICMT team leader Apruba Chandra sent a report to the state chief secretary Rajiva Sinha, sharing some findings. The most serious was the observation that at 12.8 per cent, the state’s COVID-19 death rate is by far India’s highest. Weak surveillance and a smaller number of testing, it says, are mainly responsible. It also pointed out discrepancies in the report by Sinha and that of the state health secretary.

The IMCT pointed out that on April 30, Sinha in his press briefing had put the number of active COVID-19 cases in the state at 572, with 139 being discharged and 33 deaths, making the total number of cases 744. However, in a communication to the Union health and family welfare secretary on the same day, the principal secretary of the state health department stated the total number of cases was 931—a discrepancy of 187. Sinha in his briefing admitted some discrepancies, but didn’t elaborate. The IMCT will submit its report on West Bengal to the Union ministry of home affairs.

The fight between Mamata and the governor reaches new intensity over COVID-19, as the central audit teams reveal a dire fact.

It was unclear as to how the ICMT reached at the death rate of 12.8 per cent. Did they take the April 30 numbers of either 744 or 931, or did they base their calculation on earlier data? Interestingly, if one goes by the data given in the Union health ministry website, on May 4, the total number of confirmed cases in West Bengal was 961 and the total death toll 35, thus reducing the rate to merely 3.63 per cent. Evidently, there exist some discrepancy between the Centre’s data and that of the state, as also between the versions of chief secretary and health secretary of West Bengal, the latter providing a stick to the IMCT and governor Dhankhar to beat the state government with.

The latest move by the Centre to send 20 health teams to various states sparked a fresh controversy. Consisting of medical experts, these teams are to assist states in their COVID-19 fight. Maharashtra, Gujarat and Andhra Pradesh will be visited by three teams each; Delhi, Madhya Pradesh, Uttar Pradesh will get two teams each; West Bengal, Telangana and Tamil Nadu get one team each. Citing these figures, TMC parliamentary party leaders Sudip Banerjee, Derek O’Brien and Dinesh Trivedi said that since the Centre felt the need to send only one team to Bengal, it shows the state is doing well in combating the pandemic. The old chestnut about the Centre’s efforts to “vilify the image of the state” was paraded too. When asked to comment on Dhankhar’s charges against the TMC’s nexus with ‘syndicates’, the leaders said the governor’s comments did not deserve any response.