Cops Said, Your Job Is To Clean Gutters: Nodeep Kaur

'The police slapped and hit me with shoes and sticks on my private parts. I was bleeding heavily, no lady officer was present at the police station,' says Dalit labour rights activist Nodeep Kaur. 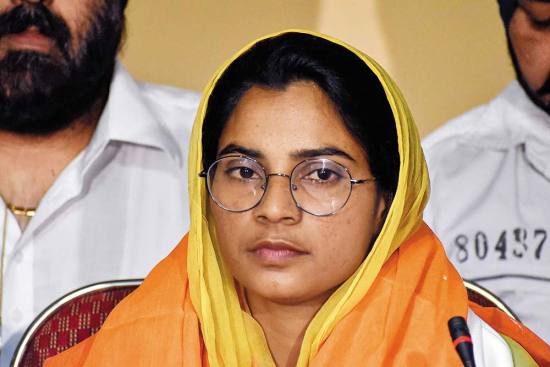 Dalit labour rights activist Nodeep Kaur spoke to Preetha Nair about torture in custody and her resolve to fight for the rights of farmers and workers. Haryana Police had arrested the 24-year-old and charged her with attempted murder, extortion et al.

You alleged that you were sexually assaulted and tortured in police custody.

The police arrested me and took me to Kundli police station on January 12. They pulled my hair and dragged me into the van and I was beaten up inside the vehicle. They slapped and hit me with shoes and sticks on my private parts. I was bleeding heavily after that. No lady officer was present at the station. Four policemen sat on me and tortured. I couldn’t walk for days. Later, they took me to another police station at Sonipat at night and quarantined me for two days. I suffered multiple injuries in custody. But my medical report wasn’t made. It was 14 days after my lawyer obtained permission from the court that a medical was done.