Your pension will now hinge on the mercurial markets. Expect a surfeit of products, and a sure loss of security. 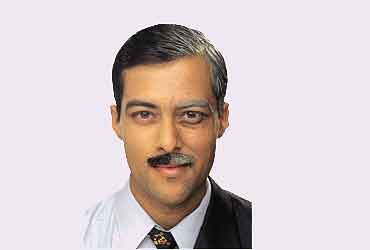 outlookindia.com
-0001-11-30T00:00:00+0553
For the retired and for those saving for retirement, the list of woes is long: falling interest rates (reduced by a third in the past five years), gyrating stock markets scaring the daylights out of risk-averse middle-class investors, high-profile mutual fund failures like uti's US-64 and mips. Then, there's the increasing unavailability of fixed deposits that give you fair-to-high returns. And don't forget the ever-declining bonus rates of life insurance endowment policies. So, where do you invest to ensure a decent retired life? Ask these questions of any financial expert and you will get replies that are, at best, unsatisfactory.

It is in this backdrop that the government has initiated pension reforms which will effectively come into force from July 1. The reforms will manifest themselves in the form of a new scheme that will cover new central government employees who have joined service from January 1, 2004. State governments might also get their new employees to subscribe to this scheme. The scheme will also be open for other people interested in investing in it. While it will cover 50,000-60,000 individuals a year initially, the scheme will result in a shift of the whole pension system and, in particular, how you save for post-retirement. Take a look at the gale winds lashing the shores of your retirement financing.

No more defined benefits. The new scheme will be a defined contribution scheme. That is, what you get at retirement will depend on the growth of what you have saved in your working years. This, unlike the past when you had defined benefit systems, where you knew of your post-retirement benefits. The new scheme, which will be sold by private players soon to be appointed by the Pension Fund Regulatory and Development Authority (PFRDA), will allow you to choose from three types of schemes—a growth scheme that will invest mostly in equities and the remaining part in debt instruments like bonds and fixed deposits, a balanced scheme that will invest equally in equity and debt, and a conservative scheme that will invest mostly in debt and the remaining in equity.

This change is a huge one for potential retirees. Suddenly, from being carefree about the performance of your retirement savings, you are being asked to stand on your own feet and manage many risks. First, you will have to manage investment risks like falling interest rates or fluctuations in the stockmarket. Second, you now face the risk of outliving your retirement savings should you make a bad decision. "The system is suddenly asking a large number of less-than-financially-literate people to make investment choices," says Deepak Satwalekar, MD, HDFC-Standard Life Insurance.

No more guarantees. If the stock or debt market crashes when you retire, you can get less-than-satisfactory returns; worse, even lose a part of your principal. Experts feel that some products with market-linked guarantees could soften the hard transition for people. But nothing of the sort is on the horizon.

In the future, as is the trend elsewhere in the world, most of the pension products in India are going to be in the defined contribution category. All retirement products would be regulated and monitored by the pension regulator. This would include many of the present retirement saving channels like, employees' provident fund (EPF) and general provident fund (GPF). Most experts expect products like public provident fund (PPF) to get phased out in the medium term.

An immediate outcome of the movement to defined contribution schemes will be an upsurge in demand for financial advisory services. Like life insurance, pension fund companies will also have advisors who will come to you and advise you on the kind of products suitable to your needs. There will also be demand for the services of financial planners who will advise you on a full range of financial planning needs."There will be integrated planning of life insurance products with pension products," says Venkatesh Mysore, CEO, Metlife India. Eventually, there would be a deluge of pension products.

No more time. Given the kind of risk you will have to manage to ensure a healthy retirement fund, you'll have to start saving for the purpose very early. You will also have to spread your eggs in different baskets like shares, bonds and mutual funds. You will also have to save an amount much larger than what your father and uncles did. The reason: average life expectancy for urban Indians, especially those working in large organisations, has crossed 75 years and heading towards breaching the 80-year mark.

No more guessing. Since you would be expected to play an active role in your retirement savings, the pension regulator will ensure that information on your retirement savings, be it the value of your investments or the investment details, are made easily available to you, perhaps on a quarterly or a monthly basis. This will tell you how well your fund manager has performed. This would be made possible with the help of a central record-keeping agency, to be appointed soon by the PFRDA.

No more rebukes. On being dissatisfied, you'll be allowed to move from one pension fund manager to another almost in 24 hours. You would also be allowed to switch from one scheme to another with the same pension fund. These switches, provided they are within a permissible number of shifts a year, would be free. This will keep the pension funds on their toes. Nowhere would this be more visible than in the area of customer service. In the future, you won't have to encounter inefficiency and corruption, common in existing retirement fund arrangements.

Better disclosure of information would mean that not only would the fund manager's performance in generating returns come under scrutiny, but also the management costs. Unlike in the past, they would be important in the new dispensation. Larger the costs, lesser the amount of your pension contribution that will be available for investment.

No more government. Once you open a pension account at any time in your life—for which you will be assigned an account number—you will be able to keep depositing pension contributions throughout your life, no matter how many times you change your job or relocate to different cities. Last but not the least, the government is likely to witness a huge change in its role. From managing and providing pensions, it is likely to take up the role of a facilitator and regulator.

So, we're about to enter a brave new world. Consumers will have to gear up to survive and thrive in the new system.

'India Can Help On The Constitutional Side'