Congress On Winning Side In Three States 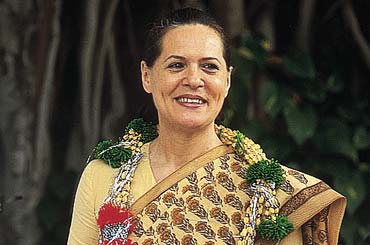 outlookindia.com
-0001-11-30T00:00:00+0553
There is good news for Sonia Gandhi. The Congress is seen to be on the winning side in three of the four states going to the assembly polls next week. In Tamil Nadu, the aiadmk front, of which the Congress is a part, is projected to win. In Kerala, it is the Congress-led United Democratic Front (udf) which is placed better and in Assam, the party is way ahead of the agp. Even in West Bengal, where the Left Front has a slender edge, Sonia's alliance with Mamata Banerjee could still turn the tables.

The Outlook-Centre for Media Studies (cms) opinion poll clearly indicates that voters are in a mood for change. But for Tamil Nadu, where the shrewd pre-poll alliances struck by Jayalalitha has put her front on a winning wicket, it is the dreaded anti-incumbency factor that will play a crucial role in next week's elections.

In West Bengal, it is the anti-incumbency factor that still haunts the LF. A sizeable 47 per cent were unhappy with its performance and a majority—57.3 per cent—were supportive of Mamata's anti-Left campaign. A very close finish is on the cards. The Trinamul-Congress combine is very much in the race. Of a total of 294 seats, the Left's tally is expected to be 145-155 seats, a loss of 47-57 seats from the 1996 elections. The Trinamul-Congress combine is projected to win 129-139 seats.

In neighbouring Assam, the Congress is emerging a clear winner. The survey shows that an overwhelming 75.2 per cent of respondents want a change. The Congress, despite internal bickering, is on a strong wicket. The last-minute alliance between the agp and the bjp has also not helped. Indications are that of the 126 assembly segments, the Congress is likely to corner 75-80 seats while the agp-bjp combine will win in only 27-32 constituencies.

In Tamil Nadu, there is no anti-incumbency—43 per cent of those polled were happy with the performance of the current government. Despite this, the aiadmk-led Secular Front is set to bounce back to power thanks to the smart alliances struck by Jayalalitha. With the Congress, pmk, tmc and the Left parties with her, the aiadmk front has managed to cut into the dmk's rural votebank. More importantly, the pmk's pulling out of the dmk alliance has swung the crucial Vanniyar vote Jayalalitha's way. Further, the mdmk's decision to break its alliance with the dmk has added to M. Karunanidhi's woes. Jayalalitha is clearly ahead in the two-horse race and her alliance is likely to win 165-175 of the 234 seats. The dmk's tally is expected to be 58-68 seats.

There are no surprises in Kerala. The state has a history of voting out of power any incumbent government. In the 1996 elections, it was the Left Democratic Front (ldf) which romped home. In 2001, it seems to be the turn of the Congress-led udf. Though the Congress lost some of its initiative because of the Antony-Karunakaran feud, it is still making the most of the anti-incumbency factor. A significant 51 per cent of respondents polled were dissatisfied with the Nayanar government. The udf is likely to emerge the winner. Of the 140 seats, the udf is expected to corner 78-83 seats while the ldf is projected to win in 54-59 constituencies.