After the stupendous performance of the Congress and Rahul in Gujarat, Congress workers believe that they can return to power. 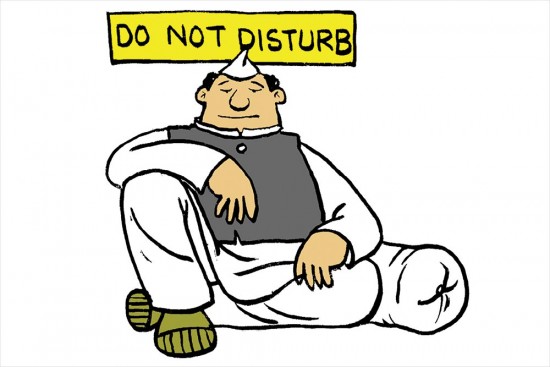 There is a question that Congressmen always ask themselves: “What is in it for me?” This question by the oracles of Delhi is much more searching than that of the oracle of Delphi. Every action of these Congressmen is governed by the enlightened answer to this question. Try asking it yourself and if you get an answer quickly from your antaratman, you will be blinded by the divine Delhi light of knowledge, something akin to the bright LED screen of a GPS device, which helps you understand and navigate power corridors. The BJP and the RSS types talk about cow urine, cow dung and such excreta for which they seek power. No such confusion for the quintessential Congressi, who has his destiny and destination fixed on his Lutyens’ map.

Everybody wants to believe that Rahul Gandhi energised the Congress party at the plenary meeting and hence the crowd was cheering him. We have put it on the cover. But the truth is always more complicated than a simple strapline. The crowd was cheering their own future, which they saw in Rahul Gandhi. After the stupendous performance of the Congress and Rahul in Gujarat, Congress workers believe that they can return to power. Well, it is rea­lly difficult to call them workers because they are more sophisticated than a shakha-goer or a Communist party idealist out to change this world. Congress workers are really entrepreneurs, who work for themselves with targets like, become an MLA at 40, an MP at 50, a minister at 55, and a chief minister or Union cabinet minister till eternity. So, there really aren’t any workers. There are only aspirants. They are all enterprising, target-oriented, hard-working people, seeking power to make a good living. Why not? These are all legitimate aspirations.