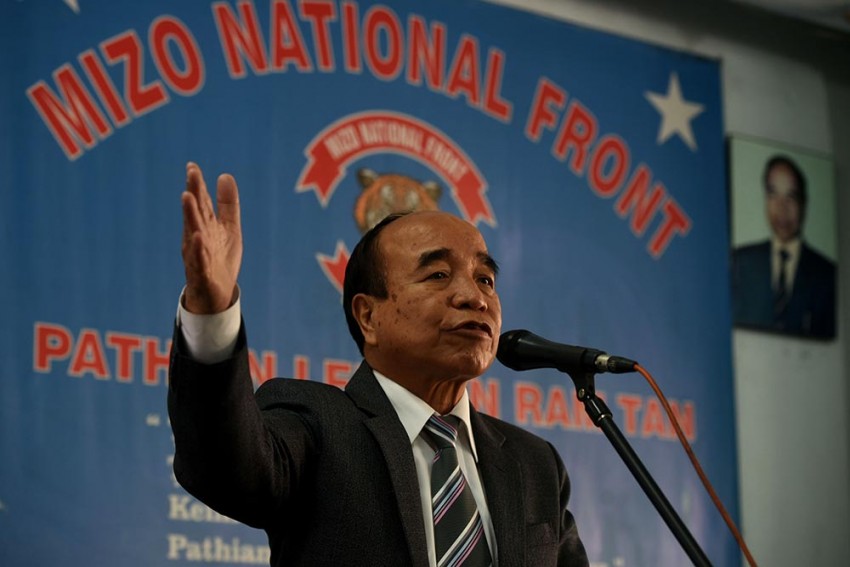 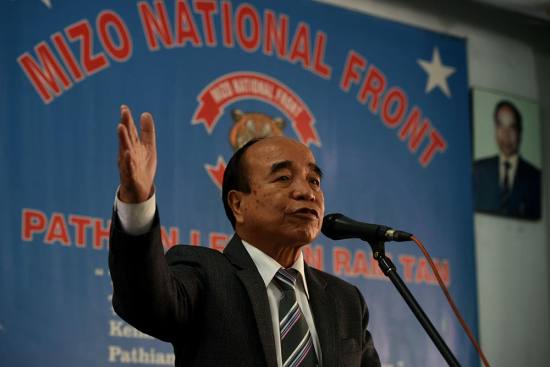 Zoramthanga, the 74-year-old insurgent-turned-politician, was twice chief minister of Mizoram between 1998 and 2008. He is now leading the Mizo National Front’s (MNF) bid to end the Congress’s ten-year reign in the northeastern state. In an exclusive interview at the MNF headquarters in Aizawl, Zoramthanga spoke to Outlook before filing his nomination papers for the Aizawl East I constituency.

How do you see the MNF’s prospects in the assembly elections?

Right from the Congress’s No. 2 in Mizoram, that is the vice president of the ruling party, the home minister, ruling MLAs and even the speaker, and then ministers, party secretaries and hundreds of thousands of Congress people left the party…and they all came to the MNF. It’s like a second Assam (where several top Congress leaders joined the BJP before the 2016 assembly polls)...it’s almost like Himanta (Biswa Sarma) leaving the Congress and forming the new (BJP) government. In Mizoram, it’s on an even bigger scale. The Congress is crumbling here. So, there are great prospects for the MNF to form the government.

The MNF had formed the government earlier too. It was rejected by the people after two terms. What new are you offering this time? Why would the people vote for you again?

Because of anti-incumbency, the factor that contributes 75-80% in an election. Also, the liquor policy of the Congress has led to the death of hundreds of policemen and thousands of civilians. The parents are worried because they are not sure whether their children will come back home safely or not. It has become a plague. People now want a government which will enforce prohibition. And my party and my government will be the one which will enforce total prohibition. Drug addiction is also rampant here.

No. 2, development has come to a standstill. People say roads are in bad health and in the ICU. We are very confident. At least 30 seats will come to the MNF. The Congress, I believe, will get under ten seats.

There are allegations, mainly from the Con­gress, that the MNF is working with the BJP since both are in the North East Dem­ocratic Alliance (NEDA). How true is this?

We have put up candidates in all the 40 constituencies. We have not given even a single seat to the BJP. The BJP has also put up candidates. Amit Shah (BJP president) came (to Mizoram) and said they are not working with the MNF. We resolved two years ago that we are going to fight alone. What more proof do they need?

But are you still open for a post-poll alliance? Suppose MNF does not get the required numbers, will you tie up with the BJP to keep the Congress out?

If I ask you this question: ‘If your wife dies, will you marry Miss X or Miss Y?’ And you will say, ‘No I have no intention of marrying Miss X or Miss Y.’ The point is, if my wife is in good health, there is no question of my wife dying and me trying to find a substitute. So, there is no question of such hypothetical scenarios. We will be able to form the government on our own.

What will be the biggest challenge for any new government coming in?

No. 1 is definitely economic development. Self-sufficiency in food is another area. And prohibition is a must because too many people have died because of the flawed policy of the Congress.

You are 74 and have come a long way from being an insurgent leader to twice CM. How long do you plan to continue in public life?

It depends upon the wishes of my party people and my health. But I wish to serve my people and Mizoram forever.