Confessions Of An Opiate Seeker

An old Taliban hand lifts the lid on his old firm, a committedly duplicitous Pakistan, ambassadorial sparring, and laughs away US perception of and policy in Afghanistan. 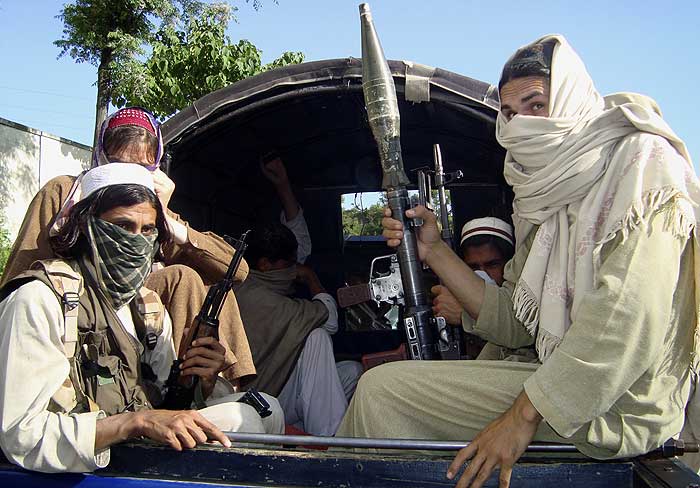 Mullah Abdul Salam Zaeef has all the credentials to write a book titled My Life with the Taliban. He was 11 years old when the Soviets invaded Afghanistan. He became a refugee in Pakistan and went to a madrassa. He was intimately involved in the movement that came to be known as the Taliban. He was in the same room as Mullah Omar when the latter lost his eye in a firefight with the Soviet forces. Zaeef was among those who proposed Mullah Omar’s name for leadership of the Taliban movement when it was formally launched in the autumn of 1994. Mullah Omar agreed, without too much fuss, but demanded total loyalty to him. Zaeef later occupied important positions in the Taliban government in Kabul, rising to the high posts of deputy and acting defence minister. Mullah Omar appointed him the Taliban regime’s ambassador to Pakistan, which he resisted but had to accept; no one could defy Mullah Omar once he had made up his mind. His stint in Islamabad provides the most interesting insights on Taliban rule, coinciding as it did with 9/11, the negotiations over handing over Osama bin Laden, the destruction of the Bamiyan Buddhas, isi’s repeated efforts to win or buy over the author, etc. Surprisingly, Mullah Zaeef does not seem to have met, even once, Osama. He spent four years in Guantanamo, and now lives in Kabul.

After 9/11, the US wanted the Taliban to hand over Osama. Zaeef suggested even a trial at The Hague. Nothing worked.

Indian and Western as well as Pakistani readers would be surprised to learn from this book that relations between the Taliban and Pakistan were not always harmonious. In the weeks leading up to the American attack on Afghanistan in October 2001, Zaeef was accused by the isi chief of planning to assassinate Gen Musharraf. Zaeef invariably refused to go to the isi offices, insisting instead that they visit him at his official residence. Once the Russian ambassador asked the director in the foreign office to arrange a meeting with Zaeef, but Zaeef offered to meet him at a neutral place; the meeting never materialised. Tripartite talks between Afghanistan, US and Pakistan were sabotaged by Pakistan, he says. He told the American ambassador more than once that he should contact him directly. “Pakistan is never an honest mediator and will control and manipulate any talk they mediate or participate in,” Zaeef told him. Elsewhere, he writes: “Pakistan, which plays a key role in Asia, is so famous for treachery that it is said they can get milk from a bull. They have two tongues in one mouth, and two faces on one head so they can speak everybody’s language; they use everybody, deceive everybody. They deceive the Arabs under the guise of Islamic nuclear power, they milk America and Europe in the alliance against terrorism, and they have been deceiving Pakistani and other Muslims around the world in the name of the Kashmiri jihad.” As for imprisonment in Pakistani jails, he concluded that Afghan and American jails were much better than Pakistani jails. He is understandably bitter about the way he was treated by Pakistan and handed over to the Americans in Peshawar.

Zaeef held four meetings with the US ambassador in Islamabad to discuss Osama bin Laden before 9/11. America had only one demand: hand over Osama. Zaeef told him that was the one thing they could not do. He made alternative proposals. If America provided enough evidence of Osama’s involvement in the Kenya and Tanzania bombings, Afghanistan would try him. Or, he could be tried in an Islamic country in a special court consisting of attorney generals of three Islamic countries. Finally, he offered to curb any and all activities of Osama, who would also be stripped of all communications equipment so as to limit his outreach. Eventually, he even suggested that Osama could be tried in The Hague. He met US state department official Christina Rocca, well known in India, and writes: “Every word she uttered was a threat, hidden or open”.

Incidentally, Zaeef must have been a good diplomat. He frequently met with ambassadors of other countries in Islamabad, even though they did not recognise the Islamic Emirate of Afghanistan. The only one he refused to meet was the Russian ambassador. He has particularly negative memories of the Belgian, German and Kuwaiti ambassadors. He found the Palestinian ambassador “most sympathetic and pitiable”. He has high praise for the ambassador of China, who was the only one to maintain good relations with the Afghan embassy and with Afghanistan. Zaeef even arranged a meeting between the Chinese ambassador and Mullah Omar in Kandahar, where he conveyed his government’s concern that Afghanistan was allegedly assisting Muslims in Xinjiang. Mullah Omar gave him the necessary assurances. Zaeef makes no mention of ever having met the Indian ambassador.

Zaeef is silent on the ISI’s stellar role in creating the Taliban. He suggests, not truthfully, that it was a home-grown movement.

When the Taliban minister for the propagation of virtue and prevention of vice decided to destroy the world heritage Buddha statues in Bamiyan, ambassador Zaeef had a troublesome time. Delegates and diplomats from across the world descended upon his embassy in protest. He singles out China, Japan and Sri Lanka as being the most active. Sri Lanka proposed to take the statues out for ‘repair’. Japan made the greatest effort. It sent a delegation led by its prime minister and suggested that it could take the statues out piece by piece and reassemble them in Japan. Alternatively, it proposed that it could cover the statues from head to toe such that no one could recognise them. Japan also offered to pay for the statues. The Japanese argued that Afghans had been the forefathers of their religion and they had only followed them by adopting Buddhism. In that case, argued Zaeef, why did the Japanese not follow the Afghans when they found true religion and embraced Islam? Zaeef admits that the controversy surrounding the statues was a difficult period for him (just as the destruction of the Babri Masjid was a challenging time for this reviewer when he was representing India at the United Nations). He believed that while the decision on the statues was within the Sharia law, the issue was more than simply religious and that the destruction was unnecessary and badly timed.

The main interest of the book for Indian readers would be the revelations of the mistrust between the Taliban—at least this particular Taliban member—and Pakistan. Just before the US attacked Afghanistan in October 2001, Zaeef had been warning his leadership, in particular Mullah Omar, about the impending disaster. Mullah Omar did not pay heed because he took at good faith the assurances of Musharraf and the isi, deliberately conveyed to mislead him, that there was no such plan. The book contains useful nuggets about the isi’s modus operandi. In addition to funding and equipping the Taliban, it also kept its options open with the Northern Alliance and regularly supplied them with funding and other necessities. There might be a lesson in this for us.

Not surprisingly, Zaeef is convinced that the US will not succeed in Afghanistan. He summarily dismisses the distinction between ‘good’ and ‘bad’ Taliban. “They (meaning America, Britain and Karzai) think that the Taliban exist for money or power, so logically it would seem that they can be destroyed with money and power. In reality, the Taliban movement is one based on Islamic ideology.... The thought of dividing them into moderates and hardliners is a useless and reckless aim,” he concludes.

Zaeef’s book reveals the lack of trust between the Taliban and Pakistan. He chooses to remain silent on the indispensable part Pakistan’s isi played in equipping, funding, training and leading the Taliban’s march to Kabul, thereby suggesting, not quite truthfully, that the Taliban was an entirely home-grown movement. Even Pakistan does not deny that the Taliban was and is their creation. In fact, Pakistan’s leaders proudly proclaim to the Americans that Afghanistan’s problems cannot be solved and it can never be stable without Pakistan’s help and involvement. It would be tempting for us in India to read too much into Zaeef’s bitterness towards Pakistan in today’s context, when Pakistan is poised to play a central role in constructing Afghanistan’s future political structures. My life with the Taliban, however, should caution the international community against accepting at face value all the claims of Pakistanis about their influence over the Taliban.