Corporate sensitivity is the new mantra. Will it go beyond PR? 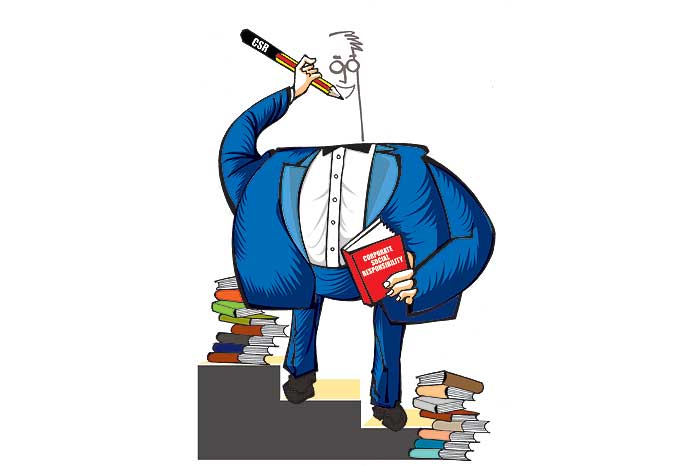 Mention corporate social responsibility, and there’s a strong chance of eyes glazing and yawns becoming harder to stifle. Yet, in the last two years of slowdown (in India and developing countries) and recession (in the US and Europe), the phrase CSR hasn’t just been buzzing about more, it has also developed a new long form—the human face of capitalism. While economists and academics debate whether capitalism has a human face, or if socialism doesn’t either, for business schools and in-the-making corporate executives, this new idea is filled with significance.

“Capitalism has so far been concerned with growth of the organisation and shareholders. But now, all corporates are answerable to society as well,” says B.S. Sahay, director, Management Development Institute, Gurgaon. Developing cases that can be used in the lecture room to sensitise students about “human capital” are gaining currency in B-schools as a result of some of the ongoing conflicts between business and industry, he says.

With the human face of capitalism, the pressure is on business to do more than CSR—a few local jobs or free medicines won’t do. “I would say, the human face of capitalism would show up through steps such as developing the wider region that companies or factories are located in,” says economist Jayati Ghosh. “Otherwise, it will be just a PR exercise.” Ghosh, who teaches economics at JNU, suggests that the hinterland surrounding factories should be developed. “If a factory is set up on 60 acres of land, the owners should always develop, say, 600 acres of surrounding area,” she says.

“If a factory is set up on 60 acres, the owners should develop 600 acres of the surrounding area.”
Jayati Ghosh, JNU

This additional development work, experts suggest, should be determined by the local people—and could include building roads, creating water supply systems or managing schools. Is corporate India and its managers-in-the-making up for the challenge? According to Prasad Kaipa, CEO coach and visiting professor at the Indian School of Business, Hyderabad, they are getting around to it. As he points out, prior to the slowdown, in India there was another buzzword: “R&D”. At the time, money was constantly sought for technical innovation. “Today, you find that rather than research and development, the primary focus of employers is on frontline workers. Customer-centric innovation has become a priority,” Kaipa says. He cites the case of Tata Motors moving its partly  constructed Nano car plant from West Bengal to Gujarat as a recent instance of human issues taking precedence over business interests. “This was capitalism with a human face. The company moved though it took a financial loss,” he says. The other intervention by corporates that have had a wider impact include cutting out of middle-men in agriculture, he adds.

The environment ministry recently rejected the British mining company Vedanta’s bid to mine bauxite in Orissa, after an official report said the company had violated the correct procedures for expansion. IIM-A professor Anil Gupta says the action should have come before the protests and resulting deaths in the mining and plant area. “Forget about the green or human face of industrial development. Markets are ruthless, they seldom look beyond purchasing power and those who lack this power are unable to participate. The real concern is that industry is destroying the environment, which the government is spending billions to rescue.” 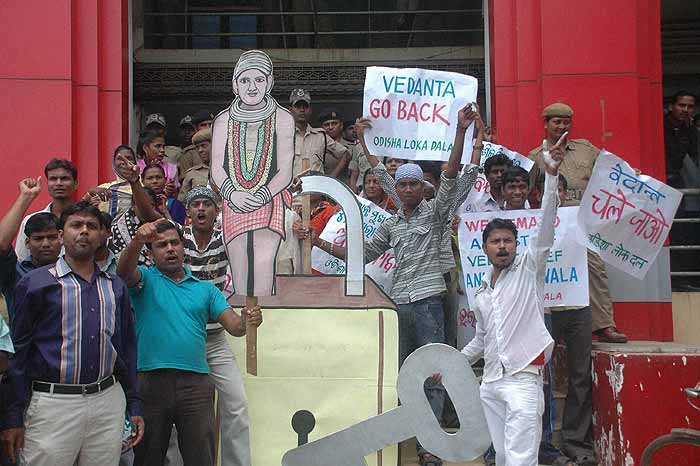 This summer, Gupta took a group of students through Kumaon on an educational trip, as part of IIM-A’s efforts to educate its students on realities outside the classroom. Throughout the trip, the group drank packaged water bottled in Gurgaon and transported to the hill towns. “We didn’t see a single plant to bottle water locally. Transporting drinking water uphill is the most inefficient, environmentally degrading and wasteful system,” he says. His view is that if corporates were responsible, they would make efforts to clean up rivers polluted with industrial and plastic waste on principle. Instead, government funds are used for the clean-up.

With respect to the contentious issue of mining, the idea that 26 per cent equity should be given to people whose land is taken over for mining was “great” according to Gupta. “That would be the human face of industry,” he says. There is necessity that drives this sort of view, which would have been unthinkable a few years ago. Many agree that compared with the 1980s, the last two decades in India have been better with respect to job opportunities and access to information. Losses have, however, mounted in terms of environmental degradation and inequity. At the same time, ironically, awareness of these issues too increased manifold. That’s why B-schools such as ISB have an intensive focus on ethical training, through seminars, field visits, talks and trips outside, says Kaipa.

Still, issues remain, particularly with the political support not manifesting itself against vested business interest. “I was pretty surprised when RTI activists fighting corporate interests in forest areas were killed, but companies didn’t take strong positions against this. ‘Capitalism with a human face’ won’t move beyond the slogan without internal corrective action by industry. It’s not that mining is inherently bad—it’s just that the cost and benefit need to be analysed and disclosed. All should know whether a project is worth it or not,” says IIM-C professor Jayanta Bandyopadhyay, who teaches at the institute’s Centre for Development and Environmental Policy.

In a country where the wealth of the top 35 billionaires exceeds that of 800 million poor people, corporates are criticised for fuelling disparity and exploiting the environment. In this situation, business has to become more human by genuinely acting that way. “Human capitalism in B-schools would mean that they prepare their students to work with corporates, who will finally be judged by their contribution both in financial, social and environmental terms,” says Sahay.

B-schools such as the IIMs, ISB as well as MDI report that the number of students attending short-term courses that focus on social issues are increasing. Young MBA students are more aware of important issues and many work in the social sector even while pursuing an MBA. What could really make a difference in the long run is if corporates who hire out of these B-schools also encourage hiring from this stock of ‘sensitive’ new managers.

A Penny For Your Thoughts