To describe 2007 as a boring year would not be entirely inaccurate. May 2008 be a Modi-free year for you. Season’s greetings! 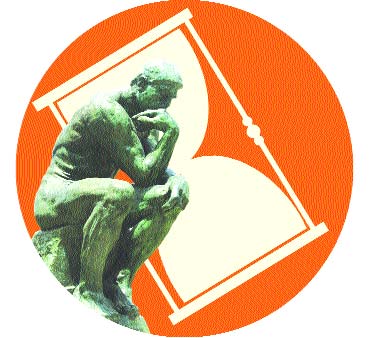 outlookindia.com
-0001-11-30T00:00:00+0553
To describe 2007 as a boring year would not be entirely inaccurate. The country seemed to be on hold, in suspended animation. It didn’t move forward or backward, it sort of stayed still. Except for the stockmarket, which appeared to be on a perpetual roller-coaster ride, India remained on even keel. There wasn’t much good news, neither was there much bad news. The media, naturally, ensured that current events did not lack in drama or hype, but the "crisis" usually lasted no more than 24 hours, sometimes not even that.

Should we protest? Or should we be grateful for the relief from bogus controversies dressed up as momentous issues of the day? I believe that in the life of a vibrant democracy on the fast track, one must pray for occasional periods when there is a pause from the "progress", when a nation catches its breath, reflects on how fast it is going—and, most crucially, where it is going. It has been over 15 years since India opened up to the global winds of change, and embraced free market capitalism. I am not advocating we should shut shop, close up again. But a year in which Wal-Mart was blocked entry into India cannot be all bad.

A battle-hardened politician said to me recently, "Merely 9.4 per cent growth announced in the pink papers won’t win you elections." I notice that even the upwardly mobile and the you’ve-never-had-it-so-good middle-class doesn’t get overly excited about our galloping economy. They take it for granted, and they certainly do not attribute the successful management of the economy to our political masters. They worship instead at the altar of the corporate czars, who are the new gods of superpower India.

I remember going to Dr Manmohan Singh’s banquet for the Italian prime minister, Romano Prodi. From Sonia Gandhi to P. Chidambaram to Pranab Mukherjee, not to mention the créme da la créme of Italian industry, the great and the good were present. But there was no mistaking who the real celebrities were—Ratan Tata and Arun Sarin. They were the most sought after. No one actually whisked out autograph books, but the queue for shaking Ratan and Arun’s hand told its own story.

We now have a new kind of celebrity in our midst, not in the Page 3 sense, but in terms of charisma, glamour, billionaire status and pulling power. The media drools over them. Besides Mr Tata and Sarin, there are the two Ambanis, L.N. Mittal, Vijay Mallya, Sunil Mittal.... Henry K., the other mass murderer, once declared that money plus power was the ultimate aphrodisiac. Our tycoons, you can argue, have plenty of money but no actual power. However, that is only partially true. Just watch our top netas pay homage in public to our new gods. I am not complaining. I would much rather suck up to Ratan Tata than Amar Singh!

Pseudo-secularists (me included) are copiously mourning the victory of Narendra Modi. There is enormous reluctance to acknowledge the scale of the achievement. The Merchant of Death scored against huge odds. He did not win because he is a one-dimensional cut-out. His political enemies should analyse his craftily constructed persona instead of reducing him to a caricature. To vanquish Modi, we must dissect the Modi "package". It is one part development, one part Muslim-baiting, one part histrionics, one part demagoguery, one part messianism. This Modi myth needs to be demolished in the killing fields of Gujarat, not in TV studios.

Meanwhile, pundits and pollsters stubbornly insist they got it right. "If you read the third para below line 7, I had predicted a huge Modi victory." Outlook gave up election opinion polling in 2004. In 1981, at the Sunday Observer, I was a devotee of opinion polls and, at the risk of immodesty, I can claim to be one of the pioneers of using opinion surveys in the media. As an editor of some experience, if not wisdom, I can confidently assert that opinion polls do little for circulation or credibility. You bust huge sums—these damn things are horrendously expensive—and get the results horribly wrong.

I too am a victim of opinion polls. In 2002, Outlook predicted a Congress victory in Gujarat. Till today readers and friends remind me of the boo-boo. I am scarred for life.

Shilpa Shetty stole my heart in 2007. This mediocre, feckless actress taught all publicity hounds a trick or two. And she did it so innocently. No one epitomises the triumph of ambition over talent better than our Shilpa.

May 2008 be a Modi-free year for you. Season’s greetings!

Acquiring More Than A Business