In the post-truth era, every belief and opinion, even if it is wrong, acquires a ring of truth. How can you survive in this tumultuous world, and separate the right from wrong? 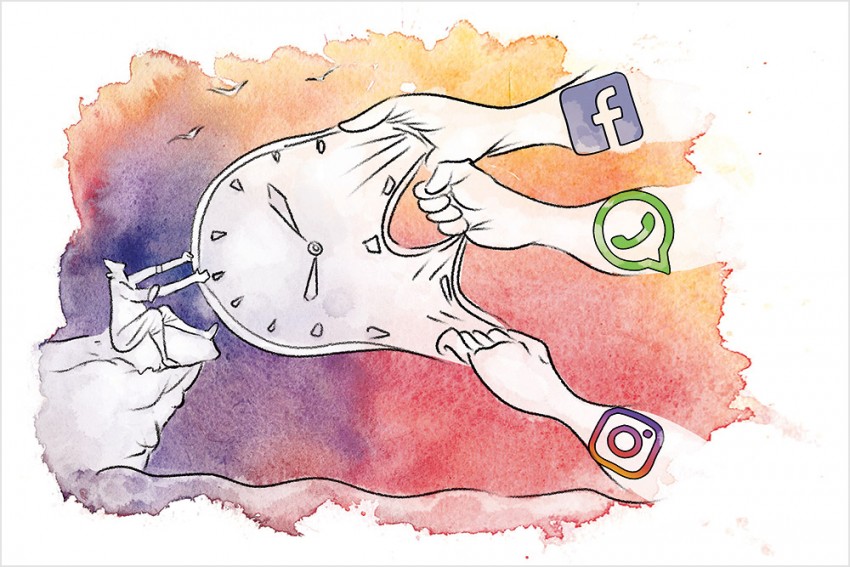 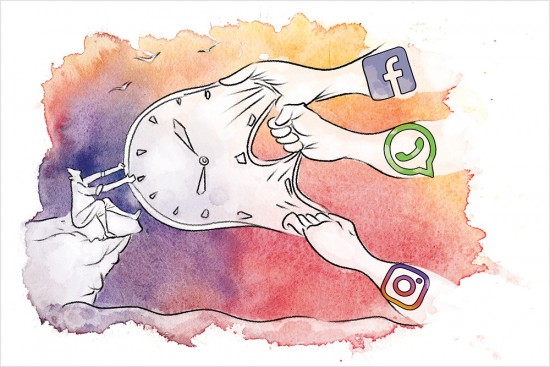 Life in an era of fake news, morphed news, falsehoods, and baked news can be feisty, testy, violent, and terrifying. To communicate with each other in this period of shared news, forwarded views, and re-tweeted opinions can be tricky, even dangerous. This is especially so when social media becomes the dominant — for many, only — means of communication between individuals. We have more friends on Facebook — may be a hundred times more than our real acquaintances — some of whom we never meet in our lifetimes. But we talk to them, discuss and share, and are aware of what they share and think.

However, open and transparent communication in such an environment becomes tough. More importantly, the objective truth suffers. What we see, read, and receive, isn’t the way it is. DeepFake is the new real. It is the objective and factual science of making false, changed videos using artificial intelligence, the height of post-truth. The distinction between real and fake, truth and false has blurred indistinguishably. One cannot make out the former from the latter. In fact, fakes and half-truths have emerged as new truths for a vast section of people across the world. Distorted news and views are more believable today.

In such an era, how does one interact and react, say and hear, believe and disbelieve, and make a distinction between right and wrong information? If information and knowledge is power, how can one aim to gain it in this environment, when truth possibly has no meaning, leaning, and weaning? If truth, as the objective one that we know, is dead, how can knowledge be alive? More importantly, if truth doesn’t exist, or ceases to exist, what is the point of our thoughts, intelligence, and opinions?

Before we answer these, and many other questions, it is imperative to know and understand how we got here. It is crucial to analyze how the logic and objective deduction of the Greek, Indian, and Chinese philosophers, and the deterministic science of the Renaissance and Industrial Revolution, withered down to a post-modern world of multiple truths, subaltern realities, and differing certainties. It is important to note how this led to the breakdown and death of truth, and the emergence of post-truth. 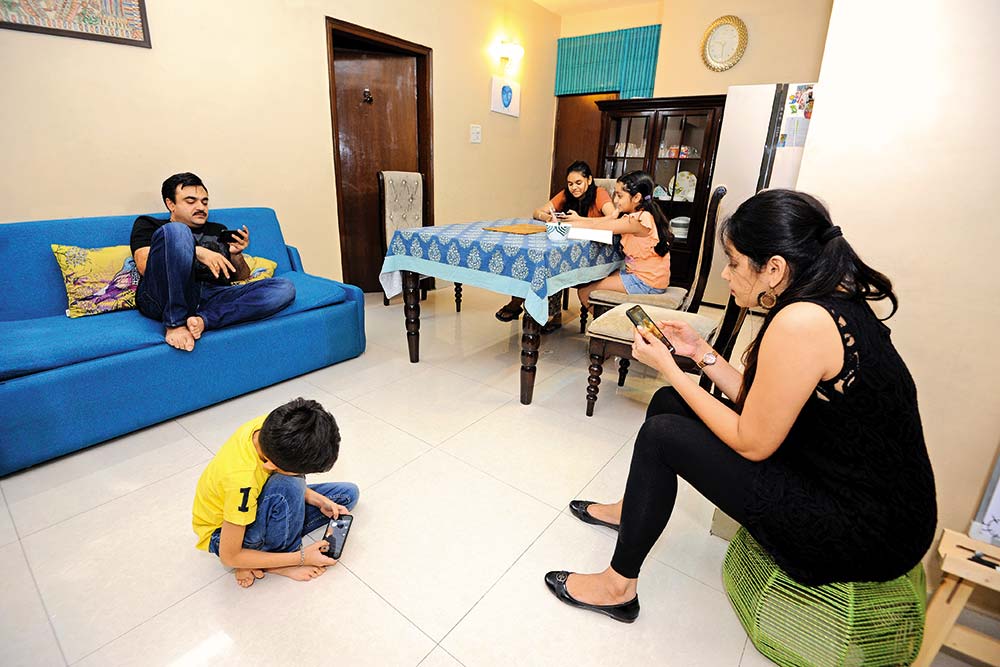 One can start from the beginning, but that may be a boring place to start with. So, let’s begin in the 1950s, when the legendary Japanese filmmaker, Akira Kurusawa, released Rashomon, a movie with multiple and contradictory narratives. Later dubbed the Rashomon Effect or Kurusawa Effect by psychologists, the movie portrayed the same murder witnessed by different witnesses in widely different ways. It spawned similar movies such as Gone Girl and Run Lola Run. The latter went a step further, and showed how incremental changes in a sequence of an event can lead to vastly different ends.

By the time Rashomon hit the theatres, relativism had taken deep roots, and post-modernism was about to flourish and expand across subjects such as science, philosophy, popular culture, social sciences, and literature. In Modern Times, author Paul Johnson begins the book with the impact of Albert Einstein’s relativity in the early 20th century, and how it led to an era of relativism. As observations in the universe of relativity depended on the observers, the objective truth in relativism was based on subjective prisms.

According to Johnson, relativity was confused with relativism. The former was the objective truth that things and observations were distorted when one reached the speed of light, which was a universal constant. The latter espoused that there was no singular truth; Truth belonged to the minds of the historians and writers. Subaltern histories, or histories from the perspectives of the losers, or different communities that were engaged or impacted by the events, implied the end of history, and the beginning of multiple histories. 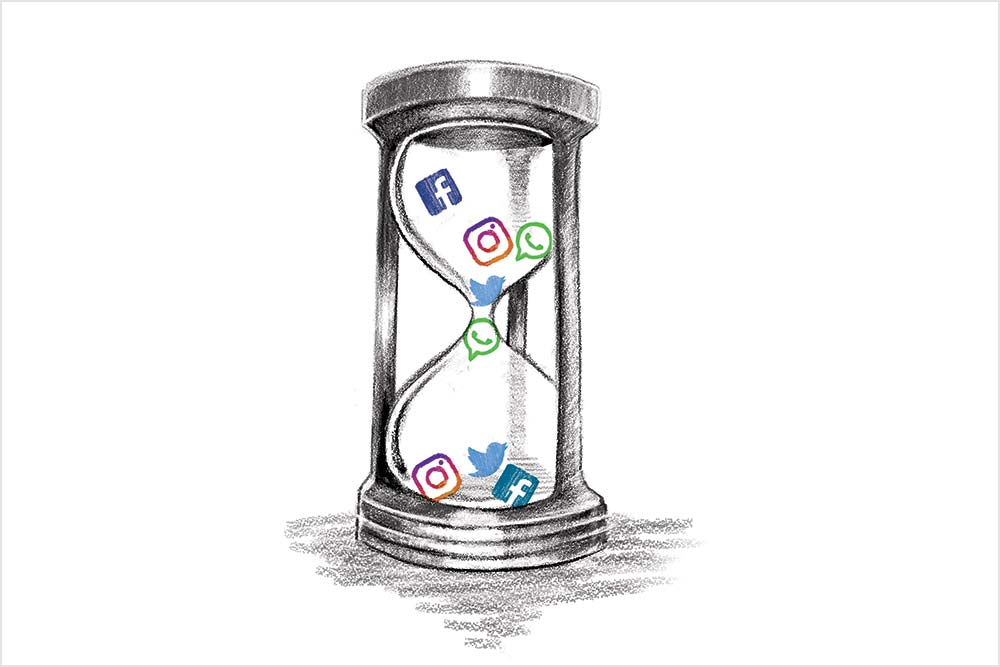 In the words of author Julian Barnes, “History is that certainty produced at the point where the imperfections of memory meet the inadequacies of documentation.” The use of the words, imperfections and inadequacies, reveal the intensity of multiple histories, and the ineffectiveness of singular, objective ones. In the 20th century, history books, biographies, literature, and sciences were wracked by this phenomenon of multiplicity and contradictions. One could look at the same event, or person, from different angles, and reach varying conclusions. One’s thinking depended on the version one read.

After Einstein’s relativity became popular, the physics was confused with relativism. This was wrong because the former dealt with the objective truth of observers

Deconstruction further vitiated the concept of truth, although its ostensible and noble objective was to figure out the deeper meanings of words and texts and, hence, the truth. According to an online dictionary, deconstruction is “a philosophical movement and theory of literary criticism that questions traditional assumptions about certainty, identity and truth; asserts that words can only refer to other words; and attempts to demonstrate how statements about any text subvert their own meanings.” Thus, the truth had to be discovered, weaned out from the texts. What an author wrote, and what he or she meant, could mean diffrent things to different readers.

When movie-makers (Kurusawa and others) and mass media deliberately deliberated with these ideas and thoughts, it resulted in their mainstreaming. Television series like The Affair dealt with “competing realities”. Films like Oliver Stone’s JFK dealt with fictionalized re-telling of histories with use of visuals and facts from the actual events. A viewer didn’t realize what was real, and what reel. The unending desire within mass media for objective journalism implied that multiple viewpoints, even if some were in a minority or blatantly false, had to be included in media reports. Falsehoods, semi-truths, and fake-views got a new lease of mainstream life.

New journalism. Gonzo journalism, and other variations, cemented the lines between truth, perspective, and “spectrum of subcultures”. The better the versions and narratives, the easier it was for the separation lines to disappear. In a newspaper piece, author Michiko Kakutani, who wrote The Death of Truth, said that writers “would play with devices (such as multiple points of views, unreliable narrators and intertwining storylines)… to try to capture the new Rashomon-like reality in which subjectivity rules and, in the infamous words of former president Bill Clinton, truth ‘depends on what the meaning of the word “is” is’.”

The advent and spread of the television age merely amplified and re-amplified the multiple truths, multiple realities, multiple perspectives, multiple voices, multiple opinions, and multiple sub-realities of realities. Suddenly, the minorities and the deprived had voices, which was good. But so did those who believed, deliberately or inadvertently, in semi-truths and falsehoods, which was bad. The good, bad and ugly went, not into a homogenous melting pot, but added to a whirlpool of information. One was unable to distinguish truth from false, even if one tried to. 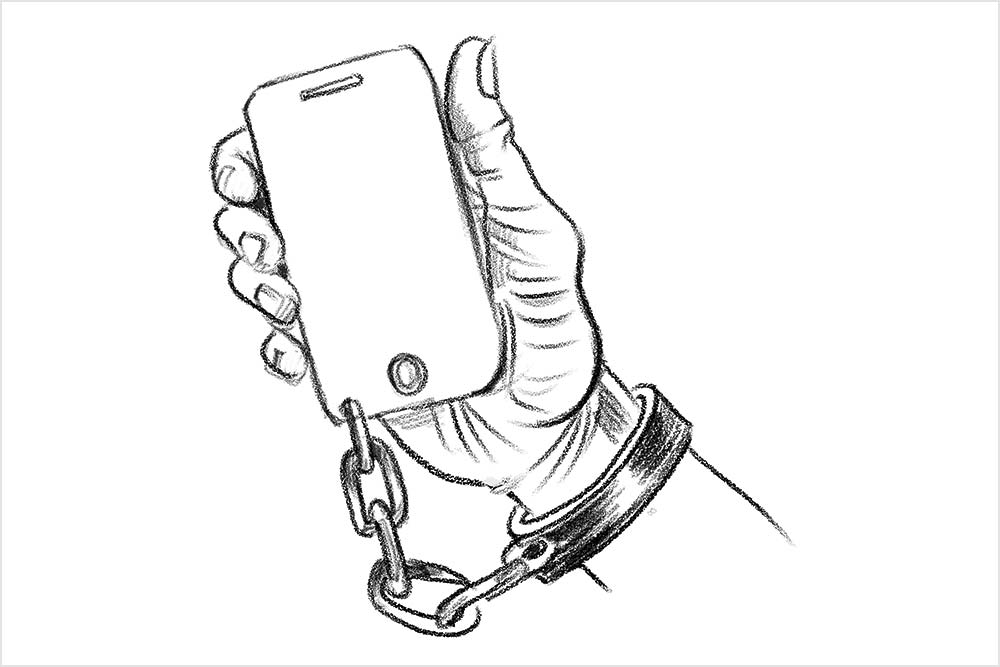 Then came the age of Internet. As Kakutani wrote in her piece, “In his 2007 book, The Cult of the Amateur, the Silicon Valley entrepreneur Andrew Keen warned that the “Internet not only had democratized information beyond people’s wildest imaginings but also was replacing genuine knowledge with the ‘wisdom of the crowd’, dangerously blurring the lines between fact and opinion, informed argument and blustering speculation.” As the concept of the wisdom of the crowd, which was true only in some cases, became more fashionable, so did ignorance.

The Internet democratized information, but replaced knowledge with the wisdom of the crowd. Social media, aided by cognitive biases, amplified misinformation

Social media accentuated these trends. It allowed for multiple truths to gain more traction and momentum, and spread almost instantaneously across the globe. The algorithms of Facebook and Google helped to put users in a feedback loop in which they were more likely to receive similar information that they had read, seen, or gleaned. Hence, one falsehood or semi-truth was followed by thousands of others; the users were bombarded with more of the wrongs they had digested.

Aided by technology, the users possessed the tools to manipulate and distort news and views, which heralded the new era of fake news and DeepFake. Such knowledge and information had always existed, especially in the tribal period, when communities fiercely defended their versions of beliefs, and rituals against competing notions of the others. The fight to control histories and knowledge, and twist them, was on for thousands of years. Social media transported the humans back into the tribalized era. 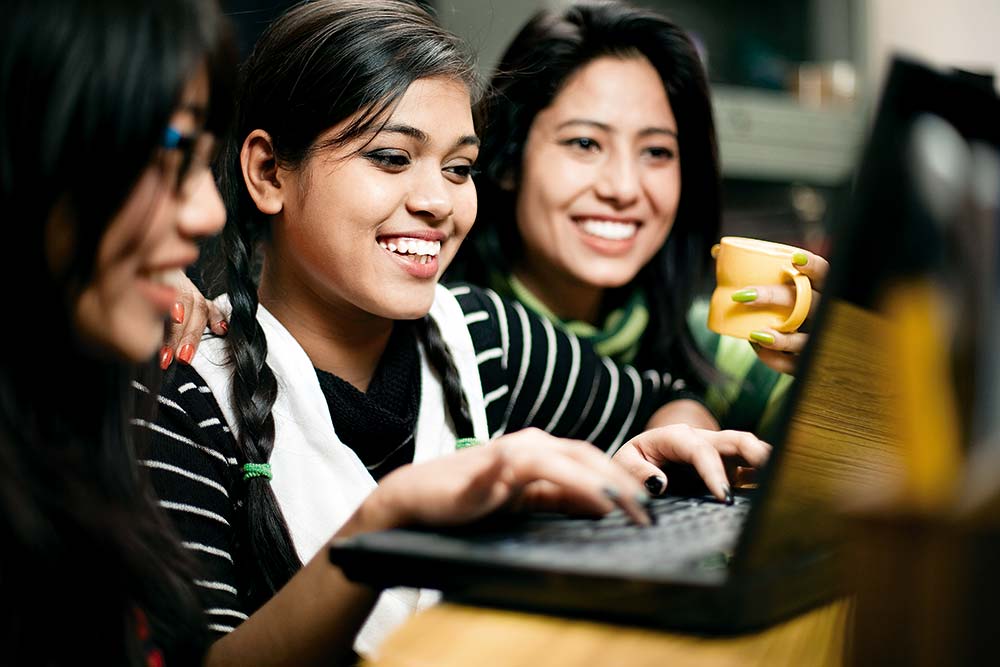 Inherent cognitive and other biases abetted the tribalism of knowledge. Researchers found three kinds of biases that make the social media ecosystem vulnerable to misinformation. As reported in The Conversation, these included:

Bias in the brain: It is known that the brain can process finite information, and take easy shortcuts. Hence, information that’s simple will be shared, even if it is not credible. Similarly, people are “affected by the emotional connotations of headlines, even though that’s not a good indicator of articles’ accuracy”.

Bias in society: Social networks encourage users’ social biases in the selection of their friends. This logically influences the information that they see which, of course, can be biased. “The tendency to evaluate information more favorably if it comes from within their own social circles creates ‘echo chambers’ that are ripe for manipulation, either consciously or unintentionally.”

Bias in machine: As mentioned earlier, the social media algorithms create a ‘filter bubble effect’. Users receive more of the information that they see and read, which isolates them from “diverse perspectives, strengthening confirmation bias”. The combination of these three overall biases results in chaos, confusion, and distorted information. 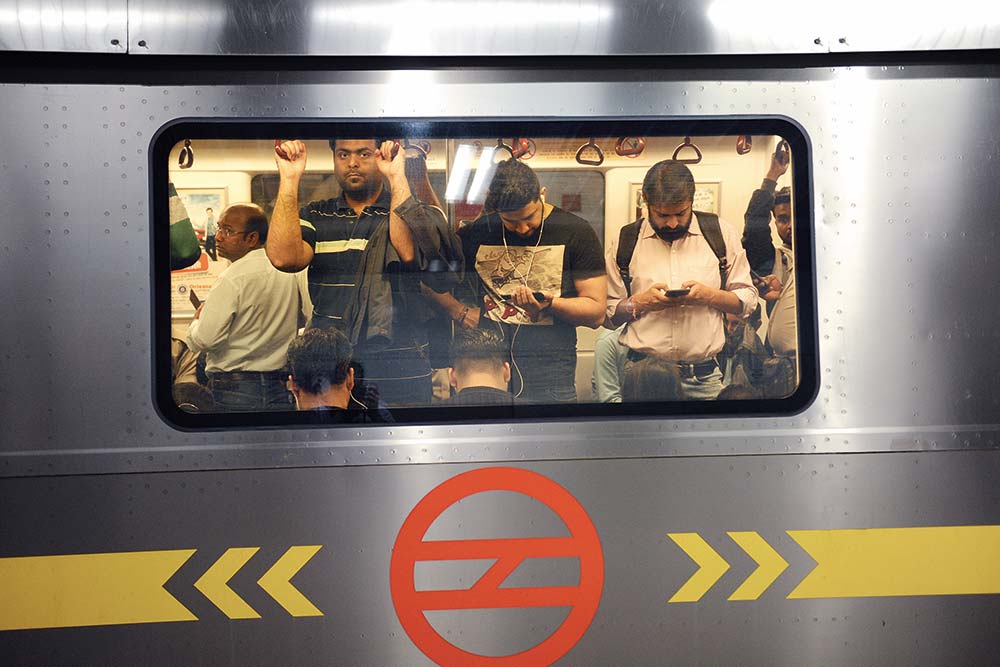 Knowledge, thus, became the preserve of the few. Virtual communities became more important than globalized villages and societies. As the US President Donald Trump recently told the United Nations, the era of globalization had given way to one of nationalism, even tribalism. Truth is no longer an ideal; it is the preserve of the multiple minorities, who can believe whatever they wish to, whether it is true or not. Truth is no longer required; all we need is our personal beliefs. The Internet and social media allow us to virtually connect with like-minded people.

Many experts, although in contradiction to each other, feel that the era of post-truth and fake news is a natural evolutionary process. Andrew Odiyzko, a mathematician, thinks that the aim of Homo Sapiens is to free themselves from physical and mental constraints. “The natural next step… is to free ourselves from dependence on cruel, inflexible reality.” As humans, we have “shown a greater appetite for humbug than for facts”. We are herd species, who believe in groupthink mechanism. For it to work better, we need “reality-distortion fields”.

In one of his pieces, Francis Fukuyama of the End of History fame maintained, “The traditional remedy for bad information… is simply to put out good information, which in the marketplace of ideas will rise to the top.” But, as we have seen, several biases prevent this from happening in the world of Internet and social media. Hence, both users and social media platforms need to work together to help each other to spot and eliminate fake news as fast, and as soon as possible. At present, both the users and platforms are in DeepSleep, more worried about their privacies and profits.

However, most authors and writers put the onus on the individuals to escape the clutches of the post-truth world. It is up to us to equip ourselves with the tools to do so. For thousands of years, politicians, religious leaders, corporations, and individuals fooled us. We have suffered physically, mentally, intellectually, emotionally, and in materialistic terms. Hence, there is no running away from misinformation and disinformation. You need to grasp the means to distinguish between fake and credible. You have to help yourself. No one else will.

The Zeal To Heal