There is need for government-level intervention in education policy, to cater to the needs of children once normalcy returns. Meanwhile, let’s do our bit. After all, they are our kids, our future.

Run around the park to chase a dragonfly. Climb a tree to shock onlookers. Jump into a puddle to splash the dirty water on a friend, and get your uniform dirty while returning from school. Get into a scrap with friends over who gets to bat first in cricket. Plan a sleepover with friends and stay awake discussing boyfriends.

Childhood is a tender age when worldly pleasures don’t move you, often. You might bawl for a smartphone, but once you get it, you don’t spend hours tinkering with it. The bigger rewards are apparently insignificant things like a smile, a hug, praise and applause.

Not anymore. Since early 2020, life for kids across the globe is confined to homes that often resemble four walls of a jail. And the massive psychological changes and ­challenges this has wrought are barely ­understood or addressed.

For four-year-old Kirti Sharma (name changed), the single kid of working parents who live in Gurgaon, the world has collapsed into their 2BHK house. Bored of her toys, TV, crayons and board games, she tells her mom, “Maa, kitna boring hai  (Mom, this is so ­boring)”. Her bemused parents have no idea how to manage her.

“The tender age of learning is being ­ruined,” says her mother, worried that the daughter is also missing key learning ­milestones. “We have our limitations. The kinds of peer learning kids absorb at this age from school and the playground is ­missing. It may not reflect now, but as she grows up, I fear peer learning and ­socialising will become difficult for her if she spends more time at home with us.”

The story is no different at every ­household, cutting across economic class and location. On top of this, lockdowns, ­social distancing and pandemic restrictions have led to increased dependence on gadgets, and not just for children. The ­extended lockdowns have led to disturbed ­family life with rise in fights, physical and mental abuse—all under the shadow of illness and death. Over time, the lack of space, of movement and exposure to the ­outdoors is preying upon minds. This is ­especially true for adolescents, just at a time when they normally begin to venture out on their own, beyond the protective veil of their parents. In urban India, cheek-by-jowl ­existence forces a type of socialisation that has been tamped down, replaced by forced isolation, unease, fear and suspicion that ­especially preys on the minds of kids, ­resulting in irritability and anger issues. 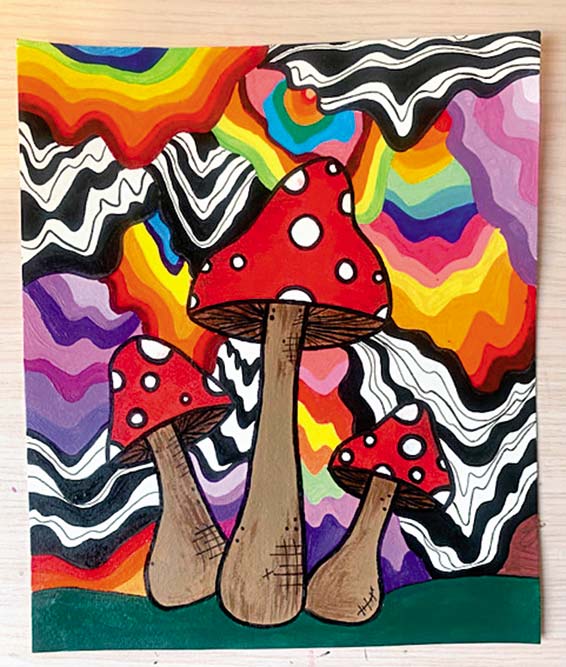 Pooja Bakshi Jaitly, counselling psychologist for air force personnel and their families, says the impact is different for every age group. Those below 10 years are, according to her, full of anxiety and fear, rising largely from their immediate environment, particularly since their parents’ attitudes have a ­direct bearing on them. And there is no school and friends to fall back upon for ­emotional support. Meanwhile, even after schools reopen, there’s the fear that some of the children might face separation anxiety. After all, for more than a year, they have got used to having only their parents and family members around them the whole day. On the other end, some parents have had to get special permission to take their children around their empty schools to help calm them down.

With adolescents, who are already ­undergoing a lot of physical, emotional and psychological changes, the pandemic period has been traumatic. It is a period when ­normally, there is a high degree of brain ­development. That is missing as there is no structured pattern to their daily routine. This is a time when calibrated interaction with parents is crucial. But often, parents—themselves mired in their own existential worries—don’t have the patience, ­demanding discipline instead of trying to understand their kids.

In a study ‘Impact of COVID-19 and ­lockdown on mental health of children and adolescents: A narrative review with ­recommendations’, published in Elsevier Public Health Emergency Collection, the ­researchers said the nature and extent of ­impact on children and adolescents depends on many vulnerability factors, including ­current educational status, special needs, pre-existing mental health conditions, ­economic standing, fear of quarantines.

The researchers concluded there is a ­pressing need for planning longitudinal and developmental studies, and implementing evidence-based elaborative plans of action, to cater to the psycho-social and mental health needs of vulnerable children and ­adolescents, both during the pandemic and afterwards. There is a need to ameliorate children and adolescents’ access to mental health services geared towards providing measures for developing healthy coping mechanisms during the crisis.

According to several reports, mental health issues are becoming huge among children in India, with some reports indicating a 42 per cent rise in depression. 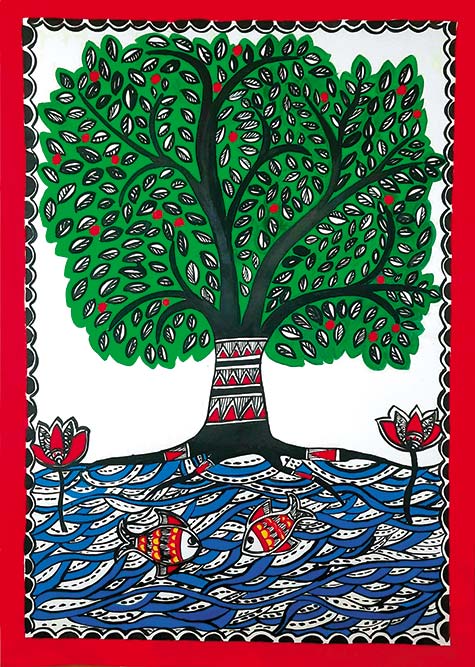 “The key idea here is to quickly and often reward good behaviour, to engender a ­virtuous cycle,” says Mumbai-based psychiatrist Dr Anjali Chhabria. “For example, if you want your child to wear a mask, instead of calling them out when they don’t, reward them with affirmations such as a high-five when they do so. Using punishment ­frequently will lead to the desired action being completed with a mindset induced in fear, which is not only detrimental for the parent-child relationship, but also the child’s psychological wellbeing. Using reinforcement and having a discussion with your children about why you want them to perform certain behaviour, will manifest in healthy habits that stand the test of time.”

The school environment is crucial in fostering a motivation to learn, because children are not used to studying in isolation. In the absence of peer discussion and teacher interactions, online schooling has resulted in low motivation. Besides not being able to physically go to school, students are unable to form new connections or maintain old ones online­— quickly losing the sense of belonging they once had.

“All children naturally have high energy levels, but with extracurricular activities also inaccessible, they are at a loss of places to spend their energy,” Chhabria explains. “As a result of online schooling, children are cooped up in their room in front of a screen all day long, which can make them highly ­irritable and frustrated.”

It is essential for parents to keep communication channels open and constantly ­interact with their children, in order to build an emotional language with them. “In these times, parents themselves are ­impatient and restless, and end up being dismissive of their children’s grievances, which may seem petty, but matter a lot to the child,” says Mumbai-based psychologist Dr Seema Hingorrany. “Speak to them ­instead, understand their problems and ­answer their questions patiently. Or try to seek therapy instead of taking out your own frustrations on the child.”

Toddlers and pre-schoolers haven’t even encountered schools, staying away from­parents for a stretch of time, or interaction with ­people other than family. “During my sessions, I have been seeing a lot of ­nervousness and restlessness in toddlers when they get ­exposed to a crowd,” Hingorrany says. “They are shy to interact with outsiders, often ­clinging to their parents.”

Having the entire family at home can be enjoyable, but when it gets extended for months on end, especially given the space constraints in big cities like Mumbai and Delhi, conflict is inevitable. “Before the pandemic, children who shared rooms could co-exist better because of avenues outdoors,” Chhabria says. “Since restrictions were imposed, they are often at loggerheads as they are unable to assert the same degree of autonomy and independence within the confined space. Besides, children of different age groups also have conflicting needs. Essentially, parents are faced with difficulty in communication, having to juggle between unique needs of their children, leading to familial distress.” 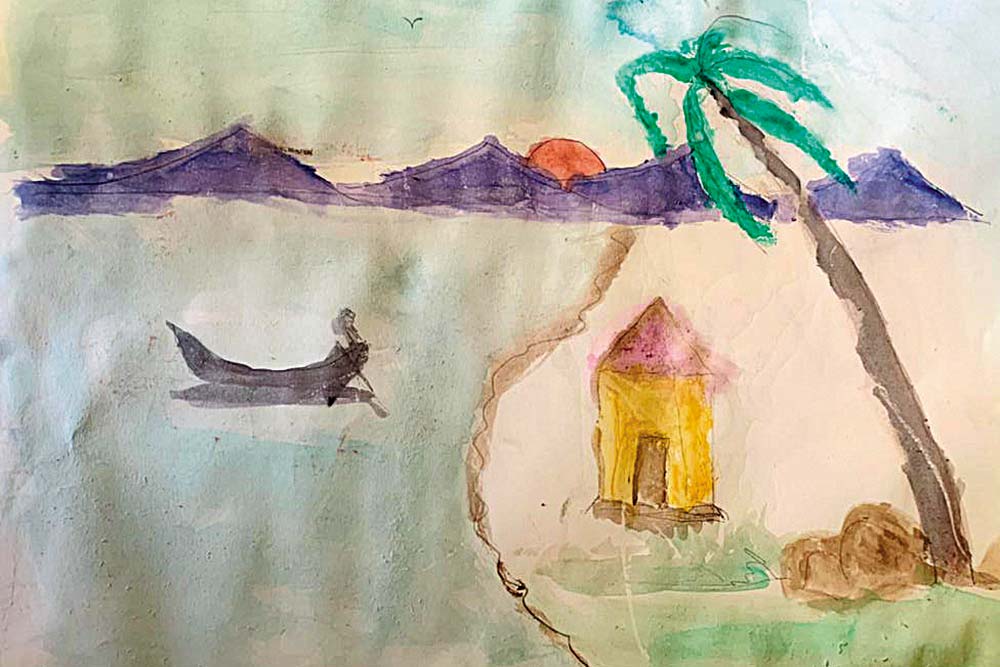 Peer interactions and relationships are how kids learn not only about cooperation, trust, loyalty and support, but also about themselves, understanding and expressing their own emotions, making well thought out decisions, coping with challenges and accepting responsibility. The pandemic has snatched away two main sources of their ­social interaction—immediate neighbourhood and school. As a result, children are not only missing classes, but also the simple everyday interactions like walking to class together, eating lunch together, playing and creating together. And this is having a ­domino effect on them.

Even schools are acknowledging and ­trying to address this. “We’re cognisant of the fact that the effect of the pandemic will remain with our children even after ­normalcy ­returns,” says Manit Jain, ­co-founder of Gurgaon-based Heritage Xperiential Learning School. Keeping this in mind, they have designed a curriculum and practices to help ease the children back to the physical school, with a lot of emphasis on their social and emotional needs. The school has put tog­ether a social-emotional learning team and a counselling team, which will be working closely with the students when they return.

Since the start of the pandemic, parents have noticed changes in their children’s ­behaviour, including restlessness, outbursts, extreme irritability, mood swings, disturbed sleep and melancholia. Chhabria explains that instead of dismissing the ­worries and anxieties of infants of age 0-5 years, parents should try addressing these to foster strong bonds. 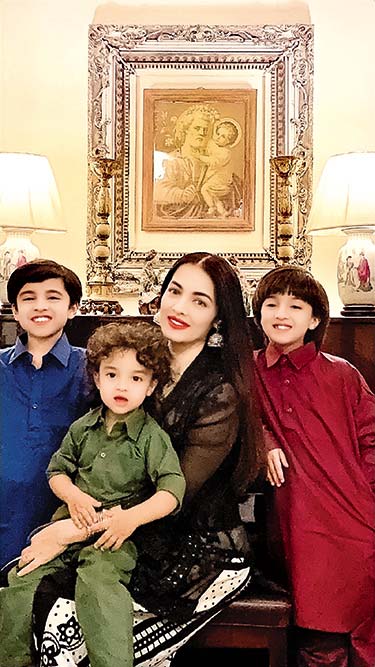 For kids of age 6-12 years, psychologists feel it is important to maintain routines, even during vacations, in order to not ­disturb their body cycles. Any form of physical activity—from dancing to a YouTube video to doing dishes—is essential, as it ­secretes hormones in the brain that are ­responsible for psychological wellbeing.

With schools going online and academic pressure rising, especially for teenagers, it is important to be mindful of screen time, as excessive exposure can cause headaches and sleep disturbance. Chhabria says it is important for teens “to stay engaged at home, by contributing to household chores. While online schooling can be a convenience, parents should also make an effort so that their children stay in touch with their friends. And if a child feels overwhelmed, parents should immediately reach out to mental health professionals.”

Actress and UN Equality Champion Celina Jaitley, who lives in Austria, says, “Our kids have been home for a year and a half, since the onset of the pandemic. My husband and I are very transparent with our sons. We practise ‘Sing Happy-Birthday two times’ together while doing daily chores 6-7 times a day. We have isolated ourselves ­completely, and have been focusing on ­eating lots of fresh organic fruits and ­veggies. The twins are fully aware of the global nature of the pandemic. Arthur, my three-year-old, believes Corona and Monster Zombies are first cousins.” 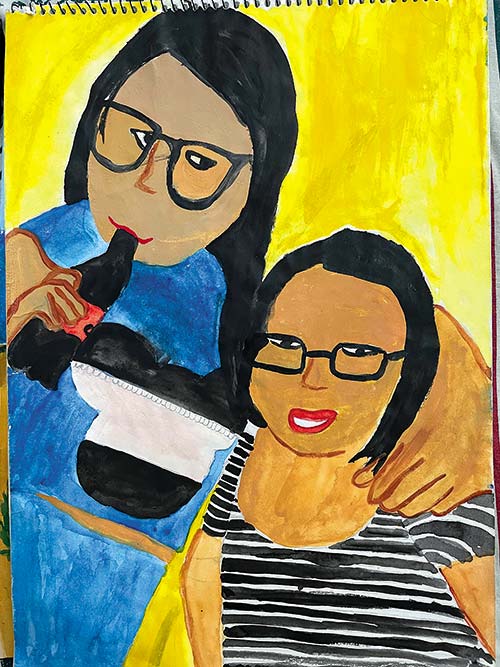 Celina felt one of the biggest challenges she faced as a parent was the fear of the pandemic in the mind of her kids. “We had to work consistently to balance the new ­realities while teaching them to handle their fears,” she says. “We also made a strong ­endeavour to stick to their school routine. As parents, we make the effort to wake them up at 6.30 am on weekdays and make them do their studies at home exactly as per the school schedule, including the breaks.”

As parents and elders, it is our ­responsibility to understand that the ­psychological and behavioural changes we notice in our children are valid, and allow them to express their emotions in ­whichever way they want. Let us ensure a brighter future for our kids.