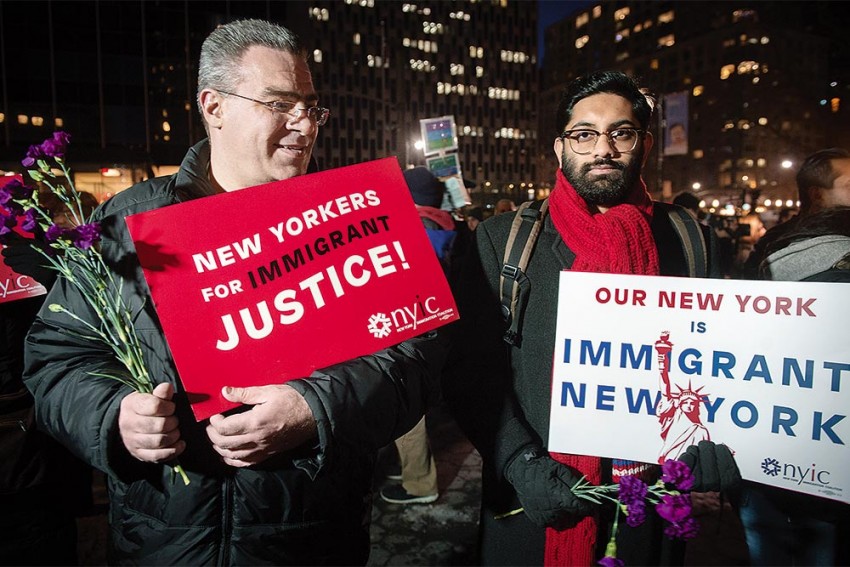 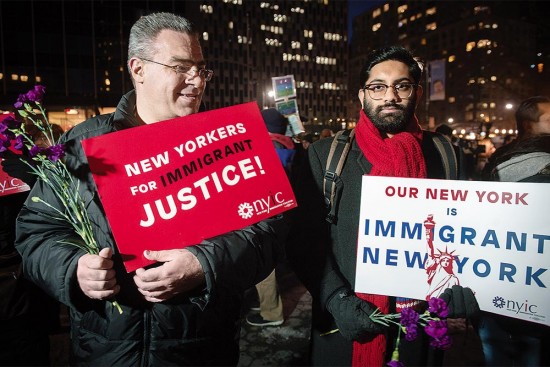 The alarm bells may have started ringing a little too soon. Indian infotech firms  like Infosys began losing the confidence of sharehol­ders last month when bills pro­­posing cha­­nges to the H-1B visa programme, which allows nearly 1.5 million skilled Indians to work in the US, were tabled in Congress. If passed, the legislations could make it harder for Indian companies to send workers here—or for US businesses to hire them. Statements by President Donald Trump that he will review ‘abuses’ of visa programmes made the bills appear even more ominous.

But Indian diplomats in Washington DC as well as local advocates of immigration reform say it is too early to worry. For one, there is nothing new about efforts to change the H-1B system. “Some of these bills were introduced in the previous Congress too,” said an Indian embassy official. “But it is very difficult for them to get through.”

A techie says that US firms have built a model which denies jobs to deserving Americans and abuses foreign workers, and many Indians.

A total of 85,000 H-1B visas are allotted every year, but applications last year were more than thrice that number. Winners are chosen by computerised lottery. Indians get nearly 70 per cent of these on average. Many work for India-based technology companies such as Tata Consultancy, Wipro, Infosys and Mahindra, although US multinationals including IBM, Amazon and Microsoft also apply for and get H-1B visas in large numbers.

Three Congressional bills, premised on the bel­ief that the H-1B system is being exploited to the detriment of American workers, were tabled in January. One, introduced by Darrell Issa, a Republican from California, tries to make it more expensive for firms to hire foreign workers. It proposes to raise the minimum wage of H-1B workers to $1,00,000 per annum from $60,000—the floor set in 1998. But it only targets firms with over 50 emp­loyees, at least 15 per cent of whom are on H-1B.

A more comprehensive bill, tabled by Zoe Lofgren, a Democrat from California, calls for doing away with the lottery and favouring companies wil­­ling to pay the highest salaries to foreign emp­loyees. Potentially, this could make it even more expensive for firms to hire H-1B workers.

A bipartisan bill tabled by senators Chuck Grassley and Dick Durbin also proposes to scrap the lottery system. But it gives priority to foreigners educated in the US, especially those with advanced degrees. As workers more likely to get H-1B visas under this would be the “best and brightest”, it would also make it much costlier for companies.

The H-1B programme is intended to allow companies to hire highly skilled workers from abroad when they can’t find such employees among Ame­ricans. These bills assume that the spirit of the law is not being met—that firms are exploiting it to hire foreign employees willing to work on low wages, denying jobs to Americans in the process.

But Ashwin Venkatraman, a petroleum engineer from India who was on H-1B until last year and has recently launched his own cloud computing start-up for the oil and gas industry, said that is not the case. “There isn’t enough local talent to take up all the jobs on offer,” he said. “In oil and gas (sector), there is a shortage of technical workforce. That is broadly true for all technology-oriented industries. Foreign workers are not replacing American workers, except perhaps in software services.”

Some argue that the economic stimulus provi­ded by H-1B workers helps create jobs for Americans. A report by Partnership For A New American Economy, an immigration reform thinktank, said that “workers who received H-1B visas from 2010-2013 will create more than 7,00,000 jobs for US-born workers by 2020”. States such as California and Texas, which host among the highest numbers of H-1B workers, will benefit the most.

The H-1B bills may not be passed, but Trump could issue more executive orders on immigration and visas, including H-1B.

“This H1B scheme has been crucial in making US companies competitive globally, in increasing their client base, in increasing their innovation,” Nav­­tej Sarna, Indian ambassador to the US, told CNN. “The Indian tech industry has been creating jobs here. Indian firms have invested $2 billion in the US. They have paid $20 billion in taxes. Nine of the top 15 companies in India are American. This is a relationship which is symbiotic.”

But Vikram Desai, a tech firm worker on H-1B since 2005, welcomed the proposals to ‘enforce’ the H-1B system. Desai said technology companies have built an entire business model based on exploiting legal loopholes—a model that not only denies jobs to deserving Americans but also abu­ses immigrant, and especially Indian, workers.

“The H-1B system is meant to make up for shortage of skills locally” rather than as a backdoor for exploiting cheap labour, Desai says. “The law says H-1B should be offered only when an American wor­­ker is unavailable. It also says (immigrant) wor­­kers should be paid the prevailing wage. Companies should be fair and pay the wages workers deserve, irrespective of their origins. Any bill that stops this exploitation of immigrant workers and displacement of American workers is welcome.”

The main reason why immigrant workers, especially those from India and China, can be easily exploited is the massive backlog of applications for permanent residency from these countries, he exp­lains. Because of country-wise quotas for ‘green cards’, it can take an Indian or Chinese wor­ker decades to get this, which forces them to keep extending their H-1B status year after year. With their green card application under review, such workers “can’t change jobs or even return home to attend family funerals,” Desai says. “Their lack of options makes them easy targets for exploitation by companies, especially in terms of unfair wages.”

Eleven years ago, Desai, along with some friends, founded Immigration Voice, a non-profit organisation that is creating awareness about the issue as well as pressure lawmakers to do away with cou­­ntry-wise quotas for green cards to make the immigration system fairer. “That, ult­imately, is what will make the difference,” he says.

Although Desai, too, conceded that the “Trump effect” has given the H-1B bills more publicity than usual, he saw their reintroduction either side of the president’s inauguration as coincidental. “Issa’s bill was also introduced in September last year. After the Congress dissolved in December and a new Congress was constituted, Issa reintroduced it. That’s how Congress functions,” he adds.

Grassley and Durbin’s bill, meanwhile, has been in Congress since 2007. The only new H-1B bill is the one introduced by Lofgren—but she is a Democrat in a sharply Republican Congress, and the chances of that bill getting all the way through are probably the slimmest.

That said, the new president’s protectionist tendencies and anti-immigration stance are not to be taken lightly—nor his willingness to issue executive orders bypassing Congress. A week after joining office, Trump ordered a temporary ban on imm­igration from seven Muslim-majority countr­ies, sparking protests and concern from the technology industry about its foreign workers. Although the order was stayed by the cou­­rts, Trump’s press secretary, Sean Spicer, has said the president could issue more executive ord­­ers on immigration and visas, including H-1B visas.

In recent years, tech firms have spent milli­ons of dollars pushing for ‘reforming’ the H-1B system by raising the annual cap, which would

allow them to hire more foreign—and particularly Indian—workers. For now, though, they would be hoping that the system stays just the same.

‘Come Clean On All Allegations’