‘Gliberal’ fakery must be picked up and pointed out 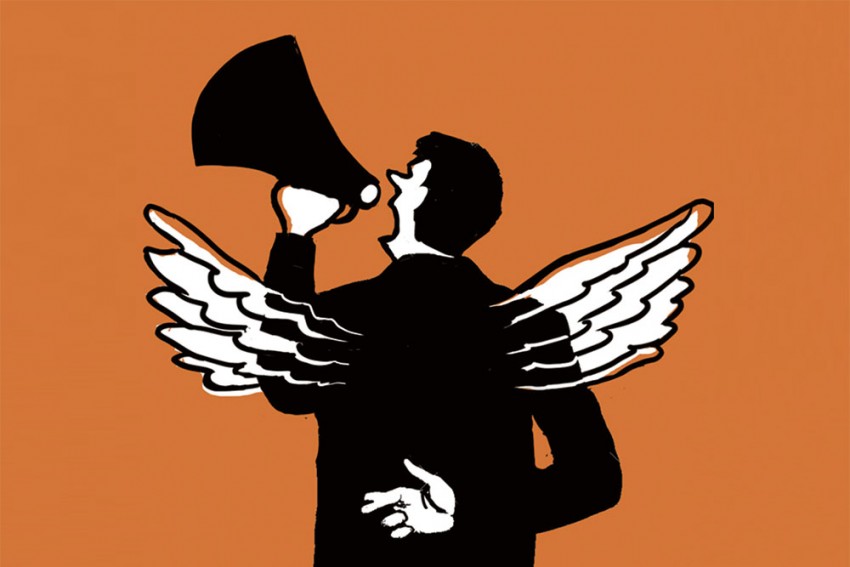 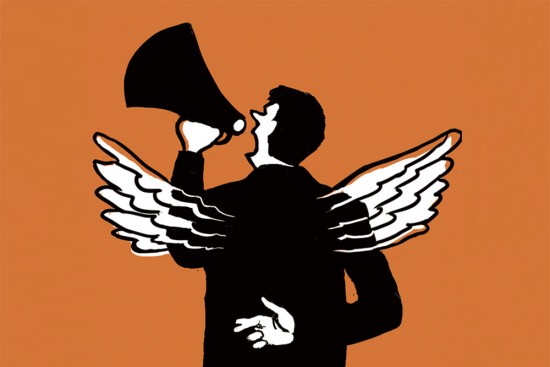 Now that Union HRD minister, the voluble Smr­iti Zubin Irani, is channeling her inner feminism with her FB post and demanding that it’s time liberals and feminists acknowledged her grit and fortitude, it’s also better if she decides if she wants a liberal or gliberal on her side. Who is a gliberal? They are glib liberals whose intellect and ingenuity hangs on a G-string. The past week has seen a lot of agonising by gliberals. A society diarist  dished out a mouthful, calling for “strong liberal voices” to defend journalist Tarun Tejpal, who is accused of rape by a former younger colleague. Then came another columnist, a former merchant of soaps and detergents, to moan about “arrogant secular liberals” who sneer at the low-life Hindutva, Hindi-speaking types even as they sit smugly among their own schoolboy network establishment. Then there was the conservative columnist who loves to talk to the gliberal even if they don’t, by always creating a fictitious dialogue, this time about a Mexican dip.

So, what was the general gripe? The society diarist ruffled eggheads when she shrugged off Tejpal’s crime as “a grave error”. Then she exhorted “liberal voices” to speak out against “regressive thoughts and actions”. Not surprisingly, there was a backlash on social media, not just about the stupidity of the argument, but about liberal hypocrisy and their cliques of influence and privilege. Overnight, liberals became a bad word and were seen as self-serving survivalists.

Actually, they are gliberals adept at flipping over on all issues, if it is personal and inbred, whether on crime or singlehood. They are essentially conservative, so, what’s wrong with a bit of patriarchal bonhomie here?

True liberals have nothing to do with the phoniness of gliberals, as they continue to hold out in the face of violent and regressive thought and action. It is their concerted campaign that has not just ensured that Tejpal was dropped from litfests and other public fora until charges are cleared, but has also ensured that the girl who complained was not made to feel like a victim but was cheered for her bravery and chutzpah in the media.

It is similarly daft to paint liberals as hauteurs who sneer at the uncouth, uneducated masses who dare to storm into their parlors and hold contrarian views. This columnist sniffed at intolerant, sanctimonious, secular liberals, saying not only were they disdainful about div­­erse opinions like Hindutva, but also about the other’s mannerisms, clumsy dressing and bhasha background.

Really? It is obvious that this gliberal is surrounded by his own ilk in dull, mono-thought drawing rooms, for he would have noticed that true liberals are enthusiastically supporting, say, the regional, subaltern political forces to have emerged in the last two decades, from Laloo to Mayawati and Nitish Kumar. These are leaders who have swept into the national imagination with their vibrant, robust instincts, which is not bigoted and communal, but populist, radical and egalitarian. Funny, this gliberal even details in mock seriousness how it is much easier for a Dalit and OBC to get into top universities because of reservation, but that the poor Hin­d­­utva nationalist has no such acc­ess. Perhaps, if this gliberal had cared to find out, most Hindutva nationalists would turn out to be people who don’t need reservation as they have acc­ess to universities, and the disenfranchi­sed among them are just used as footsoldiers to do the dirty work.

On the other hand, there are commentators who INS­IST on talking to the gliberals (mistaking them for true liberals) by having a gab fest in their columns about the ‘smug lib snob’. True to their style, they conjure up a narrative that brings out this imaginary snootiness by drawing in the “poor chaiwallah PM”, the intoxicatingly powerful “Lutyen’s zone” which cuts outsiders dead; or, conversely, how the only crime of this new upstart mob that rules the country is to mispronounce an exquisite burgundy or a Mexican dip. But even as they accuse the entitled liberal, actually, gliberal, of these misdemeanours, it reveals their own obsession with shining power and privilege. It seems, behind every gliberal is a failed conservative.

Liberals and their ideals have been targeted by many. Ronald Reagan once said, “The trouble with our liberal friends is not that they are ignorant; it’s just that they know so much that isn’t so.”