Closer Under The Rising Sun

The Northeast is changing. Along with peace in many areas—chronicled extensively here—has come a generation determined to put it in the mainstream. 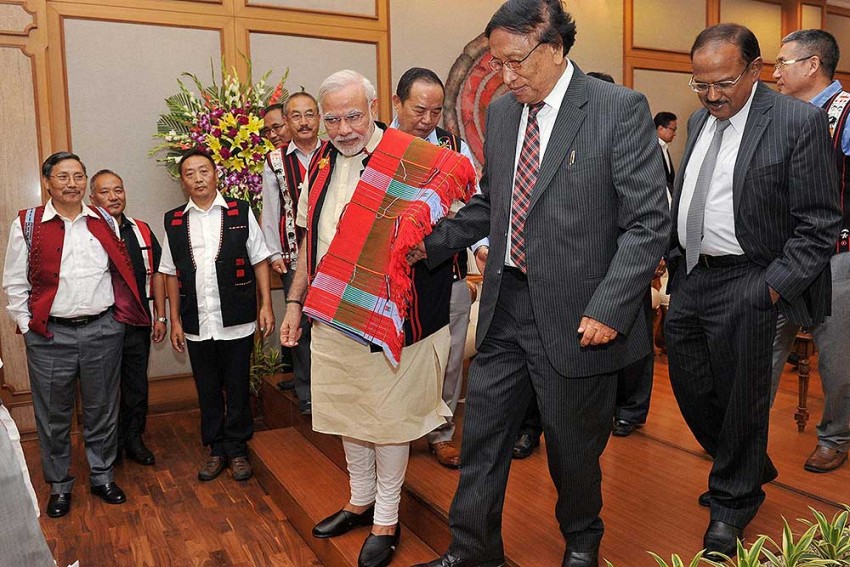 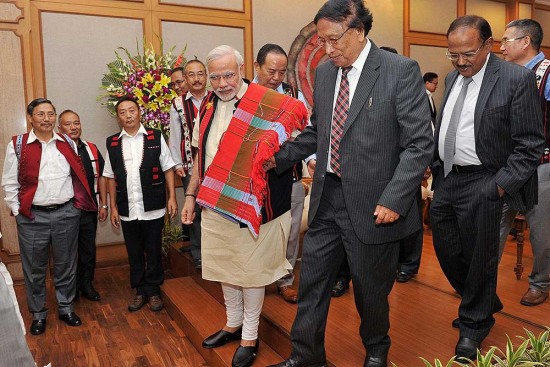 Sanjoy Hazarika’s new book would at first glance appear to be a sequel to his earlier path-­breaking book, Strangers in the Mist: Tales of War and Peace from India’s NorthEast. But having gone through this, which is pretty tough reading, I think he is trying to send a message to mainstream India that the Northeast is changing and it is time for us to reach out to its people and listen to the subtle changes taking place in that region.

This big book gives both a panaromic view as well as delightful insights and personal reminiscences of the key players in the different insurgencies that rocked the region over the last 70 years. The pain and human suffering is something that the bulk of the civilian population in the rest of India have very little knowledge of. Sanjoy brings this out vividly, first with the case of Mizoram. It is one of the success stories where peace was brought about and susta­ined over the last three decades. Yet, it is a troubled peace. The new generation has little knowledge of the intense suffering during the insurgency and the inhuman policy of resettlement of villages which was a conscious policy of that time. As Joint Secretary (NorthEast) in the Ministry of Home Affairs, I had interacted extensively with the chief minister, Lal Thanhawla, but when Sanjoy recounts that even he was tortured during the insurgency, but bore no ill-will towards the armed forces, I was speechless.

The magnanimity and statesmanlike behaviour of Lal Thanhawla would need to be recorded for posterity and I hope the Centre would appropriately honour this brave Mizo and patriot. It is only in the last decade that a process of recording oral histories of that period and an understanding of what really happened is underway in Mizoram.

The other major aspect that Sanjoy writes on is the process of reconciliation that is underway in Nagaland. It was through the efforts of intellectuals, civil society and the Church over the last two decades that some initial success has been achieved. It was only in 2013 that the two clans of T Sakhrie and the Dollie, which was responsible for Sakhrie’s murder, met and the formal apology from Sebi Dollie was made and accepted by Tsilie Sakhrie, the seniormost man from the Sakhrie family present. It’s a watershed achievement in current Naga political history.

One major drawback is that there isn’t enough on the government’s version. Even about the peace talks in Mizoram, the roles of some prominent interlocutors have been skipped entirely.

One major drawback in the narrative is that the government version of events is under-represented. Even in the case of the peace talks, which brought about an end to the insurgency in Mizoram, the role of G. Parthasarathy and R.D. Pradhan has been largely skipped. Sanjoy has a long chapter, and rightly so, on the AFSPA. He was a member of the Jeevan Reddy Commission that unanimously recommended the repeal of the Act. Manmohan Singh as prime minister had a great opp­ortunity to have had that Act repealed, especially when the Ministry of Home Affairs supported this. But amendments which would have removed certain harsh provisions and brought an element of accountability got vetoed by the Army, and the government of the day was not bold enough to overrule the same.

Sanjoy is right in saying that the people from the Northeast in recent years have hit the headlines for all the right reasons. Mary Kom,, Jahnavi Barua, the Indian Women’s Football team (a majority of them from Manipur), Borkung Hrangkawl, (one of India’s top Rap singers, the Shillong Chamber Choir, which has performed for President Obama and the Pope, singers like Lou Majaw, Baba Rewben Mashangwa, Rudy Wallang and Tripti K. Bangar. And of course, one can never forget the legendary Bhupen Hazarika, whose music touched the hearts of all Indians. I can close this with a poem by Easterine Kire, quoted by Sanjoy, which in effect sums up his book:

We are using words today/ Not because words are more powerful than guns/ But because we want to rise above guns bec­ause all that/ They do is kill/ And we want to rise above killing/ Let us be done with that/ We will try to understand/ We must for it is the only way/ We can all stop dying/ Shake off the cause, my brothers/ We will not be damned, we will not be damned.

One wishes that these words were with us in the beginning to guide us before we fell into the sprawling trap of violence. For all those who love the Northeast and for all policy makers, this book is compulsory reading.

(The writer is a former home secretary of India)