An able administrator, Sreedharan was a stickler for integrity, efficiency and good business practices. This non-eulogistic account serves us well. 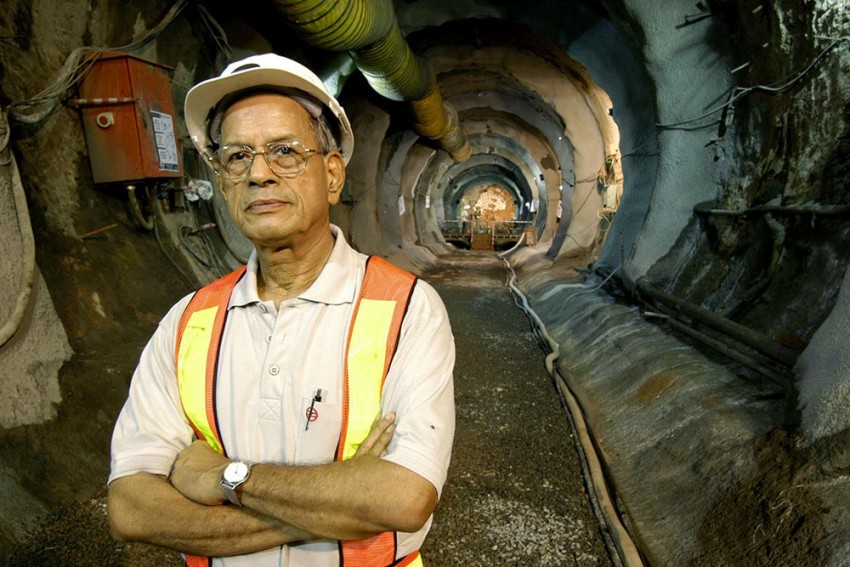 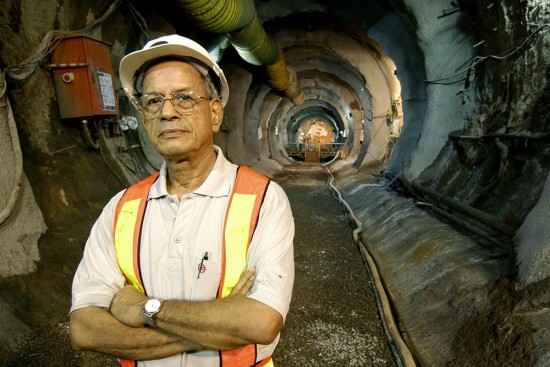 Of the causes attributed to India’s limited success in sus­tai­ning development and alleviating poverty, despite seven decades of stable democracy, the one that finds resonance in most discourses is its poor public administration. In par­­­­t­­icular, the apathetic, status quoist and corrupt bureaucracy is per­­ceived as the toughest shackle on realising our true potential. Very few civil servants have managed to leave behind inspiring legacies. ‘Metro Man’ E. Sre­e­dharan is one of these. We now have one more account of his life—India’s Railway Man by Rajendra Aklekar. It relies upon con­versations with the man himself and his friends and family, but Akl­ekar goes further and digs up government archives to verify facts.

By now, most know that Sree­dharan ste­­ered first the Konkan Railway and then the Delhi Metro to fruition. What was remarkable was that they were com­pleted on time, despite being complex engineering projects, entailing not only large financial outlays but also coordination between several central agencies and state governments.

What is rare about Sreedharan is his ability to combine technical competence with administrative acumen to build teams and models that achieve the impossible.

A substantial part of this biography logs the details of these two projects. Despite his respect for the man, Aklekar does not deify Sreedharan. His career follows the course of an average civil servant till he retired in 1990. There are frequent transfers, some challenges, some disagreeme­nts and some excitements. He is a devoted son and a loving family man. He rises by seniority to become a member of the Rai­­l­way Board. All too familiar. His opportunity comes on retirement. A railway min­­­­ister passionate about the Konkan Rai­­lway line finds an enthusiastic man in the railway board. Thus, when most enjoy the fruits of retirement, did Sre­­edharan begin his match-winning  innings.

Again, Aklekar, and the conversations with Sreedharan, stay away from encomium. He used modern management pra­­ctices and a lot of common sense. He built a team with caution, focusing on integrity, empowered his managers and created an environment of mutual trust with contractors, prompt payment of bills being accorded priority. He pro­­vi­ded a clear and focused vision to deliver the highest standards adhering to time schedules within the budgeted costs. What helped in his accomplishments were his long stints at both the Konkan Railway and the Delhi Metro (unlike his frequent transfers while in service). Autonomy enjoyed by his organisations enabled both technological and administrative innovation, leading to better outcomes, winning Sreedharan the confidence of the political leadership.

Most tales of entrepreurship, including those from the Indian corporate world, are replete with far more innovation and enterprise. There is also no dearth of persons with high integrity and competence in the government. What is rare about Sreedharan is his ability to combine technical competence with administrative acumen to realise not individual excellence or glory, but build teams, institutions and models that collectively achieve the impossible and thrive even after the leader departs.

Sreedharan drew his philosophical and spiritual bearings from the Bhagawad Gita. His sense of karma and lack of attac­hment to either the project or its success were rooted in the Gita. He perceives this as the most critical factor in his success. It is ironical that the best outcomes are obtained when the dictum of detachment from outcomes is followed.

The key takeaway from the biography is clear: you don’t have to be a Sreedharan to be a ‘Metro Man’, so to speak. Most civil servants would love to leave a legacy like Sreedharan and be so honoured and rewarded, but they would presume that you have to be extraordinary. This book establishes that with the basic values int­egral to our culture—namely, integrity, hard work, professional excellence and commitment to society—each government manager can become a Sreedharan.

The key lesson for governance is that there is a need to seriously review the policy of transfer and postings of government managers, so that the long tenures that Sreedharan got post retirement are granted to officials still in service. Their tenures should be linked to the life cycles of projects, apart from providing them security. And retired and retiring people should be nudged to go find their Konkan Railway, for they have realised only a small fraction of their potentials yet.

The book is a must read for all civil ser­­vants. There are no startling revelations, there is no idolatry, there is no hero who knew all and achieved all. It is a story of a retired man embracing an opportunity and creating magic with simplicity, integrity and common sense. The book will also provide insight to students of transportation and urban development. We need more such inspiring tales.

The Hint Of A Forked Tongue