The glaciologist at Ontario Trent University, who recently stirred up a glacial storm by taking on a 2007 UN panel report, on 'Climategate'. 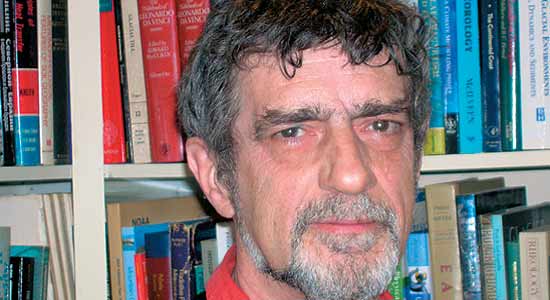 Professor J. Graham Cogley, a glaciologist at Ontario Trent University, recently stirred up a glacial storm by taking on a 2007 UN panel report that warns Himalayan glaciers could melt to a fifth of existing levels by 2035. Cogley says this is wrong by 300 years—but the report’s authors have denied this “error”. In an e-mail interview, Cogley talks about “Climategate” and how scientists view climate change. Excerpts:

Pachauri is defending the work of the IPCC as a whole, and on the whole he is right. My colleagues and I have drawn attention to errors in a short section of the report of IPCC’s Working Group II. These errors are in need of correction—it is a shame that it was not adequately reviewed and corrected before publication. Unfortunately, they have obtained wide publicity.

So, does the IPCC report fall short on providing scientific “evidence” of climate change?

No. The observed facts make up a complex whole, but in its totality the evidence for change is compelling. There is no room for reasonable doubt that glaciers in the Himalayas and Karakoram are losing mass, and it is quite probable that the rate of loss has accelerated recently.

Has the ‘climategate’ or e-mail leak undermined the IPCC’s efforts?

No. It has already wasted a good deal of time, and will waste more in the coming months. I see Climategate as being fundamentally a matter for the law enforcement agencies.

Are further studies required to lay at rest doubts expressed by the sceptics, which includes many scientists?

The number of sceptical scientists is negligible. The scientific way of doing things is self-correcting, which means that further studies are always required. The climate is like the unwashed dishes in my kitchen. The sooner I start washing them, the sooner will they be clean.

Apart from glaciers, are there other areas in the climate change debate that are distorted or not wholly substantiated?

All but certainly, yes! Members of the public suffer from the need to simplify, which usually forces communicators of science to cut out estimates of uncertainty. Yet, most scientists spend more of their time trying to estimate the uncertainty in their measurements than in making the measurements themselves. There is a partial antidote to this problem in the first of Bertrand Russell’s ‘Ten Liberal Commandments’, handed down in 1951: “Do not feel absolutely certain of anything”.

Game On In The Carbon Back Lanes