Climate Change: "We Must Act Now. And Act Together."

British prime minister has seen the light—in Asia. His trip to India and China this week is aimed at bolstering ties with the twin engines of the world economy... 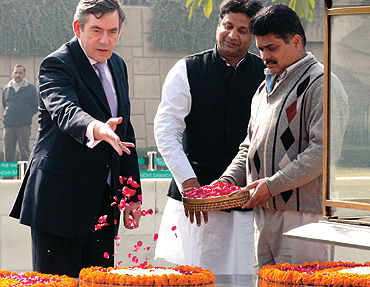 outlookindia.com
-0001-11-30T00:00:00+0553
British prime minister Gordon Brown has seen the light—in Asia. His trip to India and China this week is aimed at bolstering ties with the twin engines of the world economy, especially in the light of the US slowdown. He wants Britain's Asian engagement to be raised to the same level as UK's transatlantic relationship with Washington. He also wants India and China to sign on to a post-Kyoto agreement on climate change, an issue on which Britain is trying to establish leadership. As chancellor, he talked of a "new world order" to deal with today's security and environmental challenges. His vision is certainly broader in terms of the West's responsibility—he wants to share prosperity and reform global institutions to make them more equitable. In a pre-departure interview with Seema Sirohi, Brown focused on some important issues. Excerpts:

How do you view India's role in the coming decades—as an equal partner or a bridge country linking the developing and the developed worlds?

The UK stands ready to work closely with India, building on the very close relationship we already enjoy. Nowhere is this more clearly expressed than in the personal ties that bind our two countries. There are now over one million people of Indian origin living in the UK, contributing 5 per cent of the UK's GDP. The Indian contribution to the UK's strength and diversity cannot be overstated—Indians are represented in influential positions in every walk of life in the UK, including Parliament, where six MPs and 17 members of the House of Lords are of Indian origin.

As India's population and economy grow, its demands for energy will increase, and the UK is committed to working closely with India in a way which contributes as little carbon as possible to the atmosphere. We will also be working to ensure that as many Indians as possible feel the benefits of India's amazing economic growth. Alongside this, we shall be working with India to tackle poverty and by doing so contribute to tackling poverty on a global level which will help in taking real strides towards delivering the Millennium Development Goals. We shall continue to work for a development-focused wto deal that delivers real results for the poor and that will secure the future of the global rules-based trading system.

We shall continue to support India on the global stage, especially at the UN where it is already playing a leading role and also through its participation as one of the +5 outreach countries at the G8. In just 60 years from Independence, India has become a major global player. The UK is proud to have worked closely with India throughout the period. I look forward to cementing our relationship.

The issue of climate change has divided the world. How should the responsibilities be shared between the industrial and developing worlds?

Every country faces the same dilemma. How do we continue to use the energy we need to grow our economies and improve livelihoods without causing the dangerous climate change, which will undermine our security and prosperity? This shared dilemma demands an urgent response...neither the 'industrialised' nor the 'developing' world can tackle it alone.

The EU has already demonstrated in word and action that accelerating the transition to a low carbon economy in Europe will help achieve climate security, energy security and deliver an economy globally competitive for the 21st century. Both the industrial and developing world will need to play their part in reducing global emissions. However, no one is asking the developing world to do this on its own. The agreement reached at Bali made it clear that sustainable development must be at the heart of emissions reduction in the developing world and this must be supported by the industrialised nations through transferring of key technologies, financing and capacity-building.

Climate change is a shared dilemma and the risks of inaction are great.

We must act now. And act together.

How should Islamic fundamentalism be handled? The Muslim world has major grievances. Do you think there should be more emphasis on resolving the political issues?

We recognise that Muslim communities the world over have legitimate concerns and grievances and addressing these is a priority for the UK government. That is why we have supported over 260 projects in the Muslim world designed to strengthen civil society and support democracy; improve levels of education; reform legal and human rights; tackle corruption; and improve levels of employment among young people. We also appreciate that finding solutions to some of the most difficult political issues facing the world today is a key component of addressing the grievances extremists seek to exploit in support of their violent campaigns. It is vital that all nations and faiths work together to find solutions to these problems and at the same time isolate those who seek nothing more than to bring misery and suffering to innocent people across the world.

Will you push for UN Security Council reforms? If so, how do you plan to energise the process and where do you see India's place?

Yes, the UK is actively engaged in promoting Security Council reform. What the UK wants to see is a UN Security Council that reflects the realities of the 21st century. The status quo is neither sustainable nor satisfactory. A reformed Security Council must include powerful nations and emerging powers. The UK supports India's candidacy for permanent membership. However, given the current deadlock over permanent reform, we must think creatively, including about the possibility of an interim solution. The UK will continue to work with partners to take forward the process, both in terms of the council's enlargement and ongoing improvements to its working methods.

Some of the great flagships of British industry have been acquired by Indians. Is this symbolic of a changed world?

We welcome corporate India's interest in the UK. Indian companies are already successful investors in the UK, with about 50 per cent of all India's investment in Europe coming here. Over 500 companies currently have operations in the UK, the majority in the IT sector. Investment brings positive benefits to both sides. For India, the UK can provide a base for international development—particularly into Europe; the development of blue chip customers in the UK which in turn can enhance Indian companies' reputation in Europe and also allow them to draw on the UK's skill base to strengthen their capabilities.

In turn, the UK benefits from India as a source of new ideas, entrepreneurial talent, skills and technologies, particularly in IT, pharmaceuticals, automobiles and finance—all key sectors for the UK.

What's your position on the movement of skilled people across borders?

The UK welcomes migrants who have skills that the British economy needs. The new Points-Based System will make it easier for the UK to attract the migrants it needs, and the new system will be more transparent and easier to use for applicants. The PBS covers all routes to enter the UK to work, train or study. We have selected attributes in the criteria which best predict success in the labour market regardless of nationality. 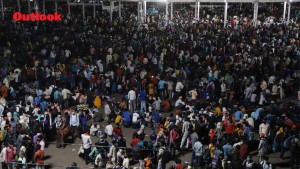