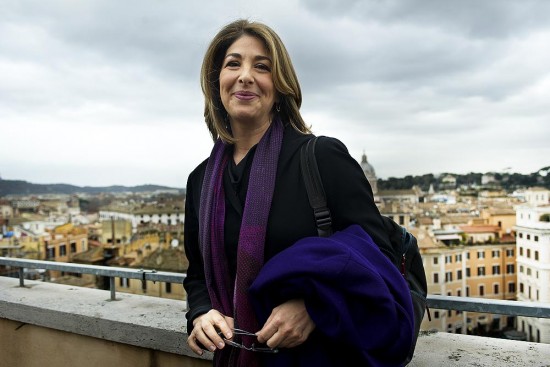 The best description of 45-year-old Naomi Klein is that of activist-author. Her non-fiction work, No Logo: Taking Aim at the Brand Bullies, was a  breakout success, one she built upon with the blockbuster The Shock Doctrine: The Rise of Disaster Capitalism, eight years later in 2007. Last year, This Changes Everything: Capitalism vs the Climate, again blew through bestseller lists. Now, a feature-length documentary based on that recent book had its world premiere at the Toronto International Film Festival. Narrated by the author and directed by her husband, Avi Lewis, the 89-minute film commences, curiously enough, with Klein stating: “Can I be honest with you? I’ve always kind of hated films about climate change.” But as the credits roll, Klein makes clear her central theme: “That we can seize the existential crisis of climate change to transform our failed economic system into something radically better.” The film’s case studies include the grassroots agitation in Sompeta, Andhra Pradesh, against a proposed thermal power plant. As the film premiered at tiff, the state government duly cancelled the land allocation for that project. Klein and Lewis spoke to Anirudh Bhattacharyya in Toronto on the sidelines of the film festival:

Everyone points to a crisis in what’s happening with climate change and you see an opportunity. I really want you to expand on that, how you came to that conclusion?